Juventus manager Massimiliano Allegri has confirmed rumours that Andrea Favilli will go out on loan to Genoa, despite his impressive performance against Bayern Munich in the International Champions Cup.

The young striker seized his opportunity to impress Allegri with both goals as I Bianconeri comfortably despatched the Bundesliga champions 2-0 earlier this week. First, he seized on indecision in the Bayern defence to slot past goalkeeper Sven Ulreich, before notching his second eight minutes later after latching onto a perfectly weighted pass from Alex Sandro.

After the game, Allegri praised his young forward, before confirming the club intended to give him first team experience elsewhere.

“Favilli is a good player, he has good potential and capabilities, but he’s going to go to Genoa,” Allegri said, as quoted by Goal.

“We are going to loan him out to Genoa this year.”

The €7.5m signing from Ascoli has Cristiano Ronaldo, Mario Mandzukic, Paulo Dybala and Gonzalo Higuain ahead of him in the pecking order at the Allianz Stadium this season, and Juve will likely feel that first-team exposure elsewhere will benefit the development of their young star. 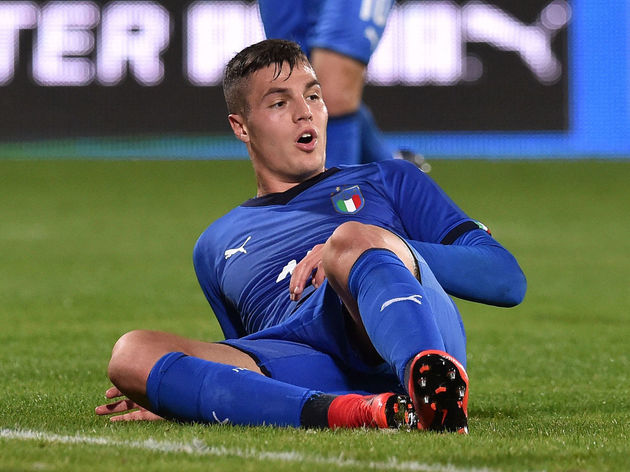 His two goal show and all around performance will have filled Allegri with great confidence for the future though, with the 21-year-old now challenged with proving himself at the highest level with Genoa.

The reigning Serie A champions meanwhile will now turn their attentions to facing Benfica in their second International Champions Cup game on Saturday, before they complete their pre-season preparations with outings against an MLS All-Stars XI and Real Madrid.