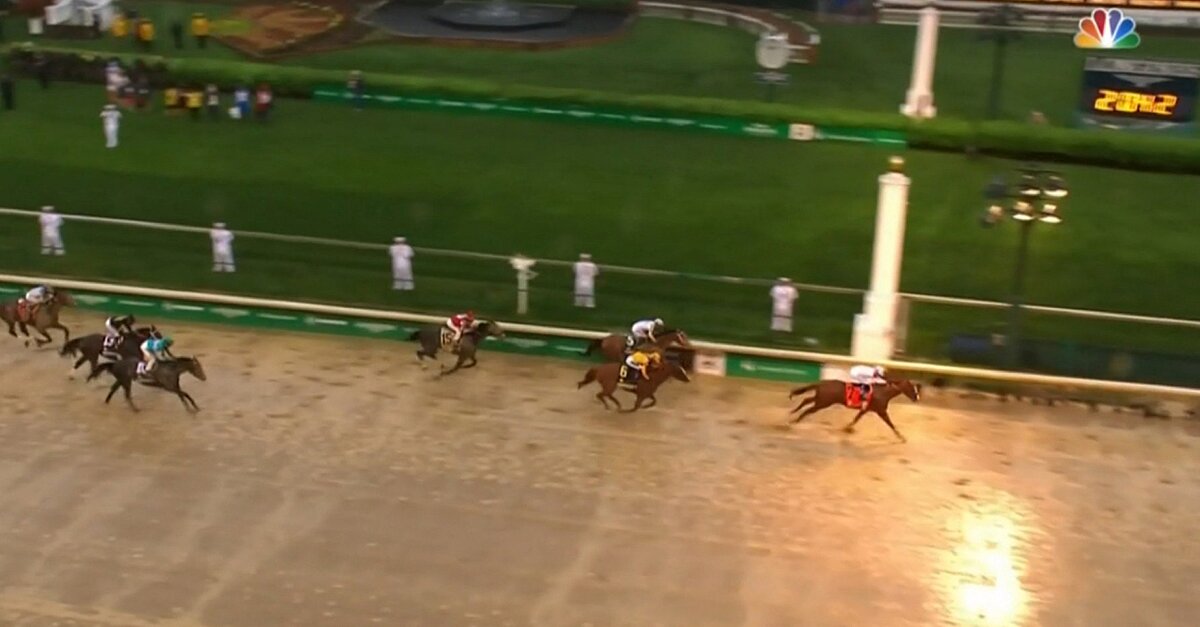 Justify won the 144th running of the Kentucky Derby on Saturday at Churchill Downs in Louisville.

Justify won the 144th running of the Kentucky Derby on Saturday at Churchill Downs in Louisville.

It was the first time in 136 years that a colt who didn’t race as a two-year-old won the Derby, breaking the Curse of Apollo.

Justify was ridden by jockey Mike Smith. The horse is the sixth straight favorite to win the Kentucky Derby, which marks the longest streak in the race’s history.

Justify took the win after a race in the mud following a day of record rain.

Entering the Derby, Justify had 5-2 odds to capture the win, which was best among the 20 participants. Good Magic finished in second, followed by Audible in third place. Instilled Regard took fourth and My Boy Jack took fifth place.

The winner of the Kentucky Derby takes home an estimated $1.24 million.

Next up in the Triple Crown is the Preakness Stakes on May 19 at Pimlico Race Course in Maryland.

See the full finish order below.