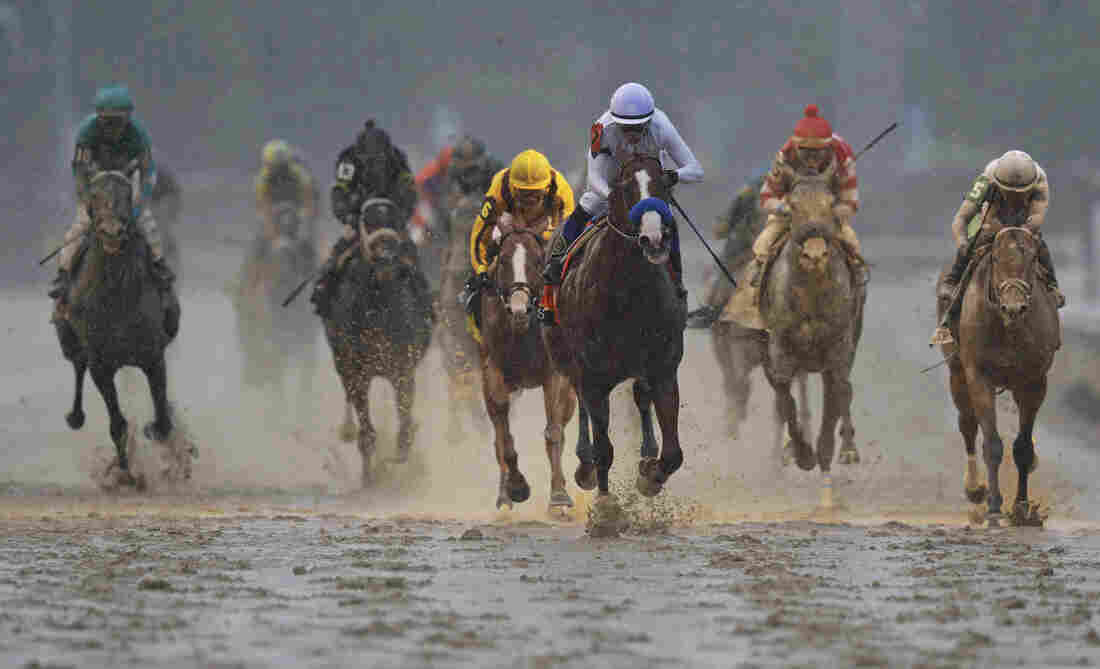 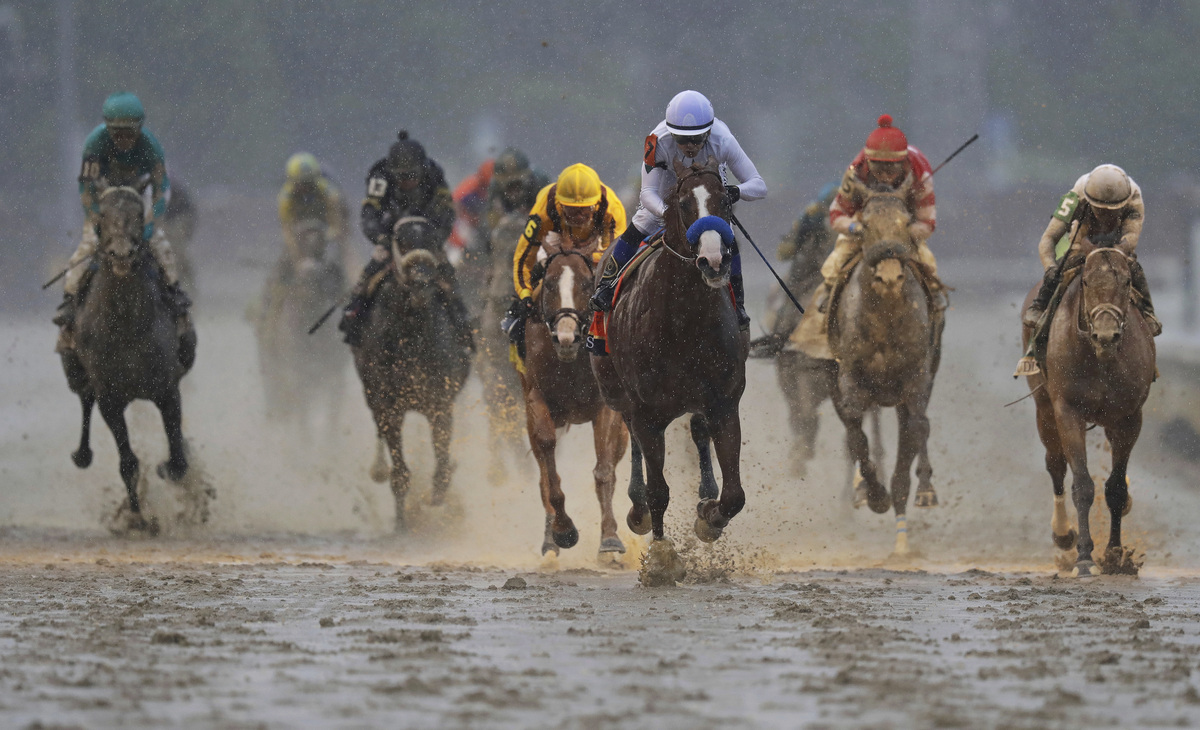 Mike Smith rides Justify to victory during the 144th running of the Kentucky Derby horse race at Churchill Downs Saturday, in Louisville, Ky.

After a day of steady rain on Churchill Downs, it was Justify who managed to cross the finish line first in the mud.

After charging ahead at the final turn, the undefeated chesnut colt held off Good Magic, finishing by two and a half lengths in 2 minutes 4.20 seconds. Audible, a favorite backed by Amazon’s audiobook company of the same name, finished third.

Baffert says Justify’s early speed helped notch first. “When he got away clean, then I thought we had a chance,” he told NBC Sports after the race. “We had to get away. Then Mike took his time.”

“He’s got that ‘it’ factor,” Smith said. “He is so above average, he’s got unbelievable talent and he’s got a mind to go with it. He was loving this stuff.”

Almost 3 inches of rain made for sloppy conditions at the 144th running of the Kentucky Derby. Despite the unpredictable conditions, history predicted the result — it’s the sixth consecutive Derby that a favorite has won.

Entering the race, Justify led the field of 20 with 5-2 odds, followed by Mendelssohn, 6-1, and My Boy Jack at 6-1. Mendelssohn, aiming to claim the first Derby win for a Europe-hailing horse, finished last, while My Boy Jack finished fifth.

Justify, the three-year-old colt that began his career in February, crushed the 136-year-old Apollo Curse dreaded by superstitious fans. According to Sports Illustrated, no horse has won the race without starting as a 2-year-old since 1882 — when Apollo won the Kentucky Derby by defeating 4-5 favorite Runnymede. Justify, with the best odds, and Magnum Moon, closing with 13-1, had been the only candidates in the field eligible to break the 136-year-old curse.

Baffert, who ranks Justify alongside his 2015 predecessor American Pharoah, is now set to enter the Preakness Stakes on May 19, the next leg of the Triple Crown trail.

“Him and American Pharoah and Arrogate, these horses are cut from a different — they are just so great,” Baffert said.