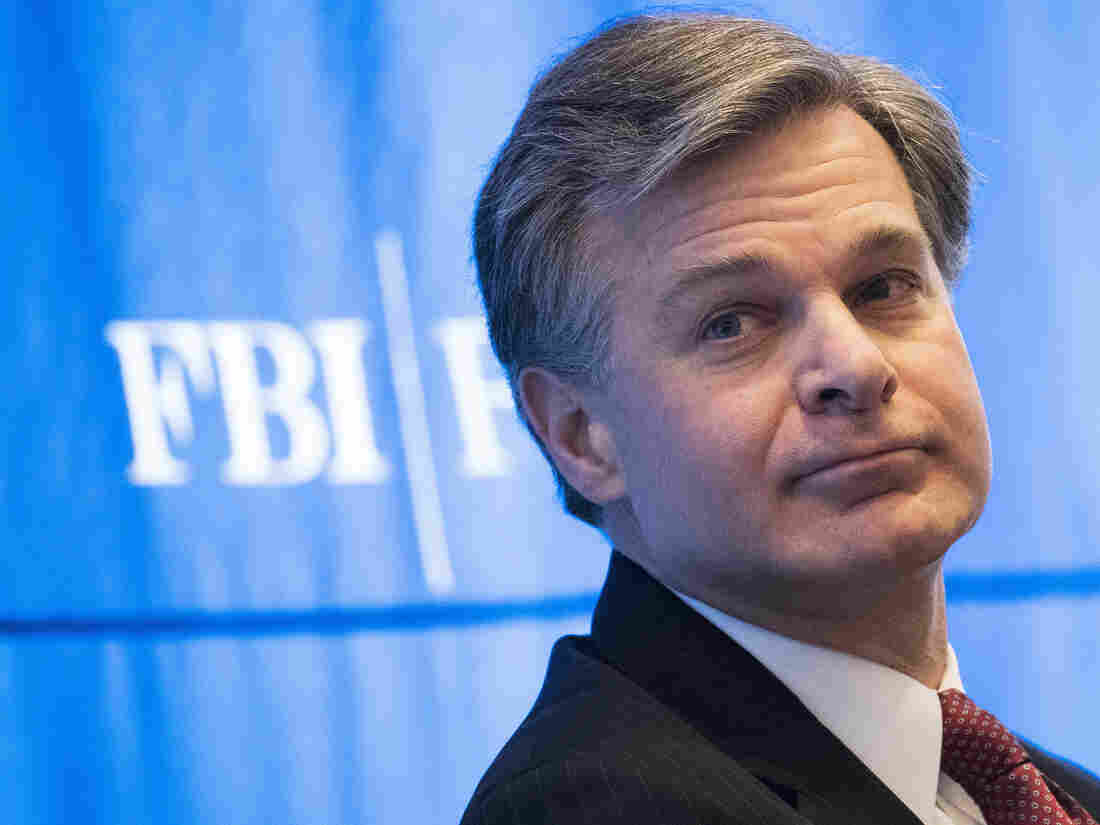 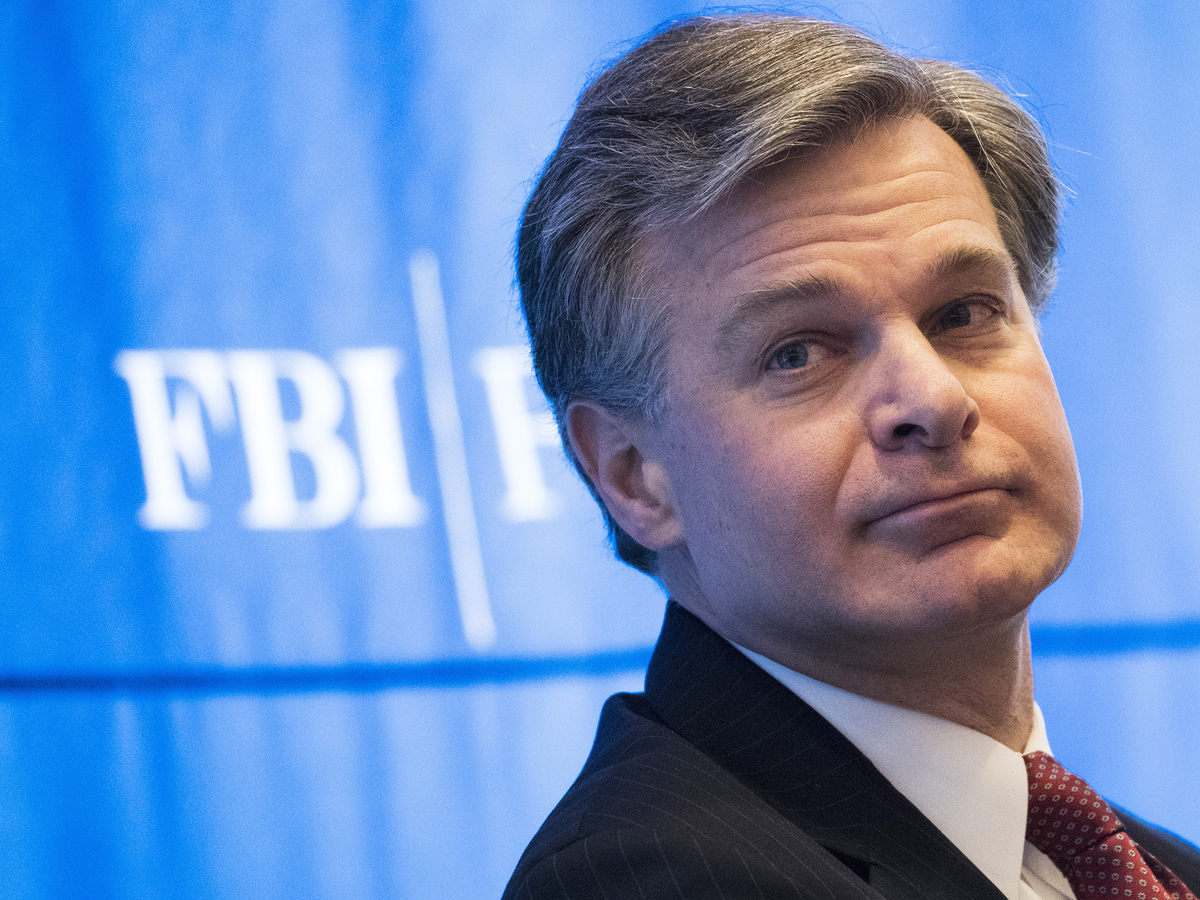 FBI Director Christopher Wray is due to join Deputy Attorney General Rod Rosenstein in Congress on Thursday. The hearing may prove contentious.

Deputy Attorney General Rod Rosenstein and FBI Director Christopher Wray are expected on Capitol Hill on Thursday for another round of grilling about the investigations surrounding the 2016 election.

Their testimony before the House Judiciary Committee is part of a bruising battle in Congress to shape public perceptions of special counsel Robert Mueller’s investigation into possible ties between the Trump campaign and Russia’s election interference efforts.

President Trump and his allies in the House have relentlessly pushed their narrative that the FBI is rife with anti-Trump bias, and that the Mueller probe is nothing more than a “witch hunt.”

Democrats, in contrast, say the Republican attacks on the bureau and the Justice Department are an effort to undermine public faith in whatever conclusions emerge from the Russia investigation.

Rosenstein, who oversees the Mueller probe, and Wray both already are under considerable pressure from House Republicans to turn over documents related to that investigation. Intelligence committee Chairman Devin Nunes, R-Calif., has threatened to hold them in contempt of Congress unless they provide more materials. 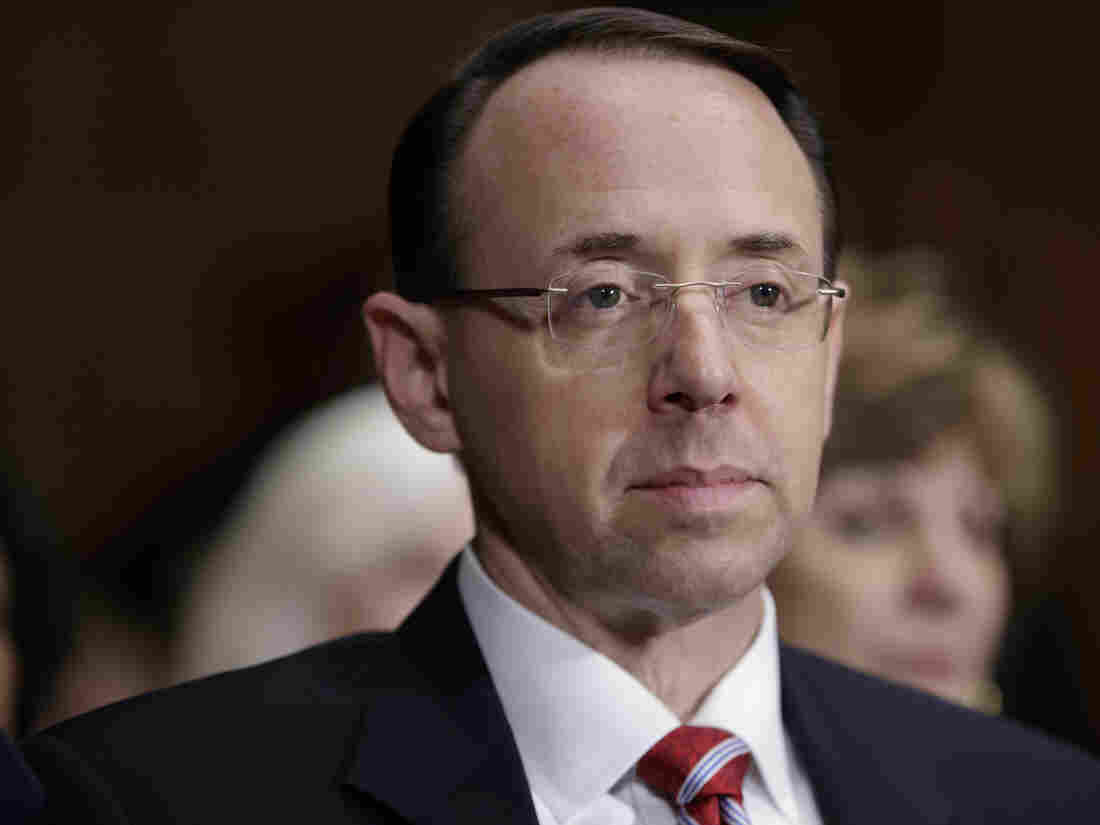 Deputy Attorney General Rod Rosenstein has been threatened with contempt of Congress if he doesn’t give Republicans the material they’ve demanded; he says he won’t be bullied. J. Scott Applewhite/AP hide caption 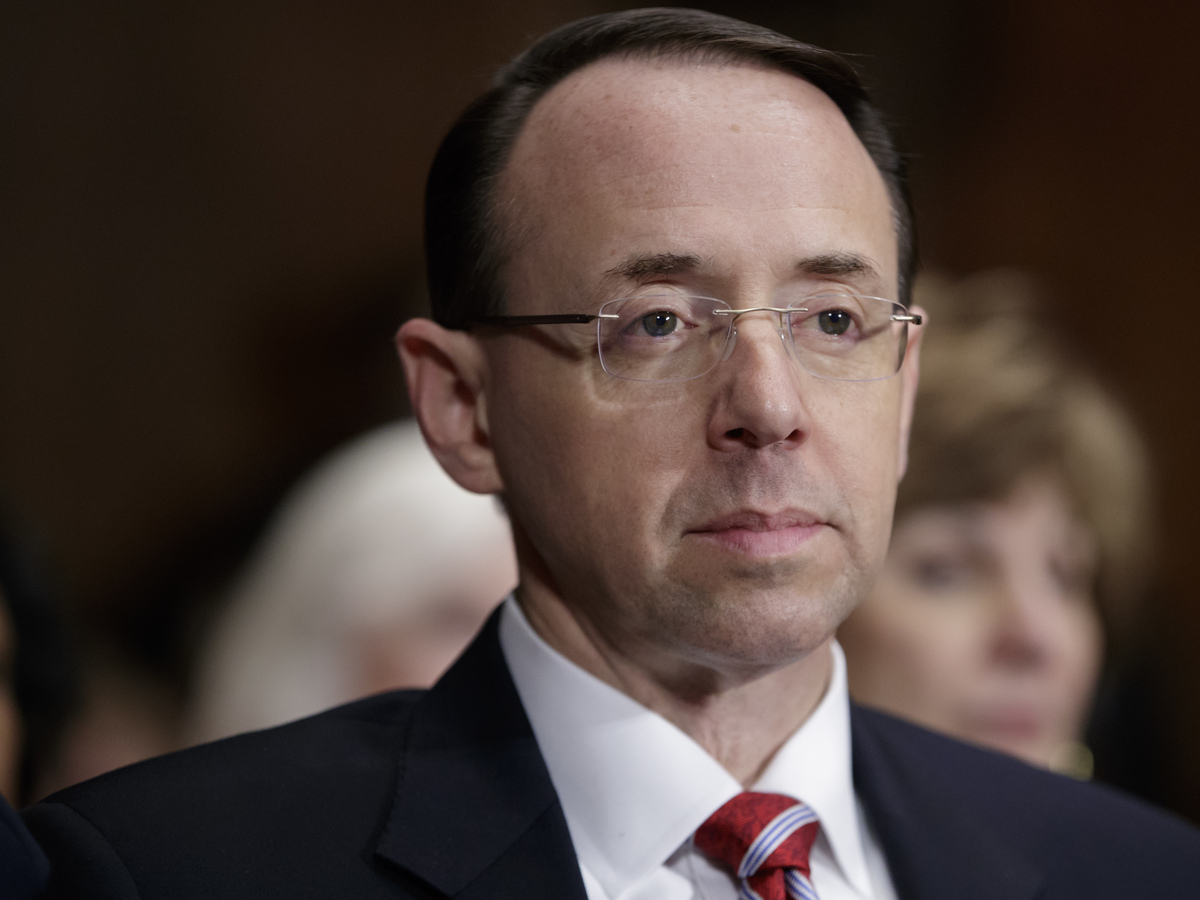 Deputy Attorney General Rod Rosenstein has been threatened with contempt of Congress if he doesn’t give Republicans the material they’ve demanded; he says he won’t be bullied.

The Justice Department generally does not hand over documents relating to an ongoing investigation, particularly one as sensitive as the Russia probe. But it has been giving ground.

In the most recent case, the department says it has already bent to congressional demands and provided hundreds of thousands of documents, but lawmakers say officials have redacted or refused to provide certain requested materials.

Most recently, Nunes demanded to know whether the FBI used informants to target members of the Trump campaign.

The Justice Department says it has already answered that question.

The FBI assigned a confidential informant to make contact with a small number of Trump campaign aides in 2016 after they began to receive overtures from Russian agents. Members of Congress said they’ve had no indication about anything improper, while former FBI officials have said using such informants is a standard investigative move.

Nonetheless, House Republicans may try to ratchet up the pressure on Rosenstein this week with a resolution that “insists” the department fully comply by July 6 with requests for documents related to what GOP lawmakers allege were surveillance abuses in the early days of the Russia investigation.

That resolution, which is expected to get a floor vote on Thursday, was sponsored by Rep. Mark Meadows, R-N.C., the leader of the Republicans’ conservative House Freedom Caucus and a staunch Trump supporter.

Democrats argue the president’s congressional allies are making overly burdensome requests in order to give the president a pretext for firing Rosenstein.

Critics also worry that Republicans may share information they learn about the investigation with Trump and his legal team.

The FBI warned it had “grave concerns” about a memo Nunes released earlier this year based in part on classified information.

Republicans brush aside such concerns, saying they are conducting the legitimate oversight which is their duty under the Constitution.

Meadows and others also point to the recent report from the Justice Department’s inspector general about the FBI’s handling of the Hillary Clinton email investigation. In the course of that inquiry, the IG uncovered text messages between senior FBI agent Peter Strzok and FBI lawyer Lisa Page that were disparaging of Trump.

Strzok and Page worked on the Clinton email and Russia investigations. Strzok was removed by Mueller from the Russia probe, while Page left after her temporary assignment there ended.

Republicans say the texts show political bias at the FBI that taints both investigations. Democrats say Republicans are trying to sow doubts about the Mueller investigation and any conclusions it may reach.

Strzok appeared for hours on Wednesday behind closed doors with the House Judiciary Committee and the panel’s leaders may convene another session with him down the line that takes place in public.