Jurgen Klopp shrugged off Jose Mourinho’s comments about Liverpool, in which the Manchester United manager implied that the Reds must win a trophy to justify their summer spending spree.

Klopp has boosted his squad with the signings of Naby Keita, Fabinho, Xherdan Shaqiri and Alisson during this transfer window, leaving Liverpool with a net spend of over £150m.

Mourinho – whose net spend over the last two years is £185m higher than Klopp’s – claimed that the German had to deliver silverware after splashing the cash this summer. 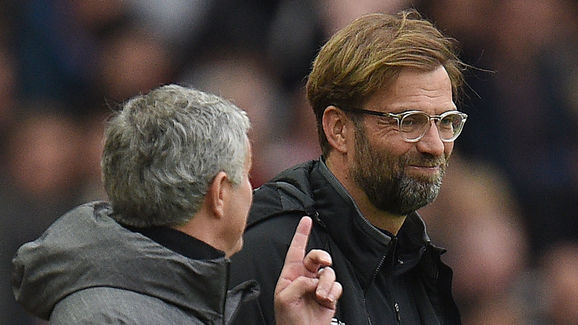 Asked if Mourinho was playing mind games, Klopp told Sky Sports News: “Yeah, for sure, a little bit but that’s okay. But I heard as well that Jose found me funny and one of my biggest goals in life is to make Jose smile! It doesn’t happen too often and if it happens because of Liverpool – well done!”

Mourinho also implied that Klopp was a hypocrite for spending so much money, having previously stated his distaste for spending big sums when United signed Paul Pogba for £89m two summers ago.

“I said a few things [in the past]. I cannot really remember what I said but I know what I said about the Pogba transfer,” Klopp added.

“I would never talk about Manchester United unless somebody asks me about it but I am polite enough to give an answer if somebody asks me. That’s not always the smartest thing to do, and I have absolutely no problem with what Jose Mourinho is saying. It is a free world and he can say whatever he wants.

“If he is happy about our transfers even better, but we know that it does not mean you win automatically whatever.”

Liverpool and United face each other in a pre-season friendly in Ann Arbor on Saturday night.