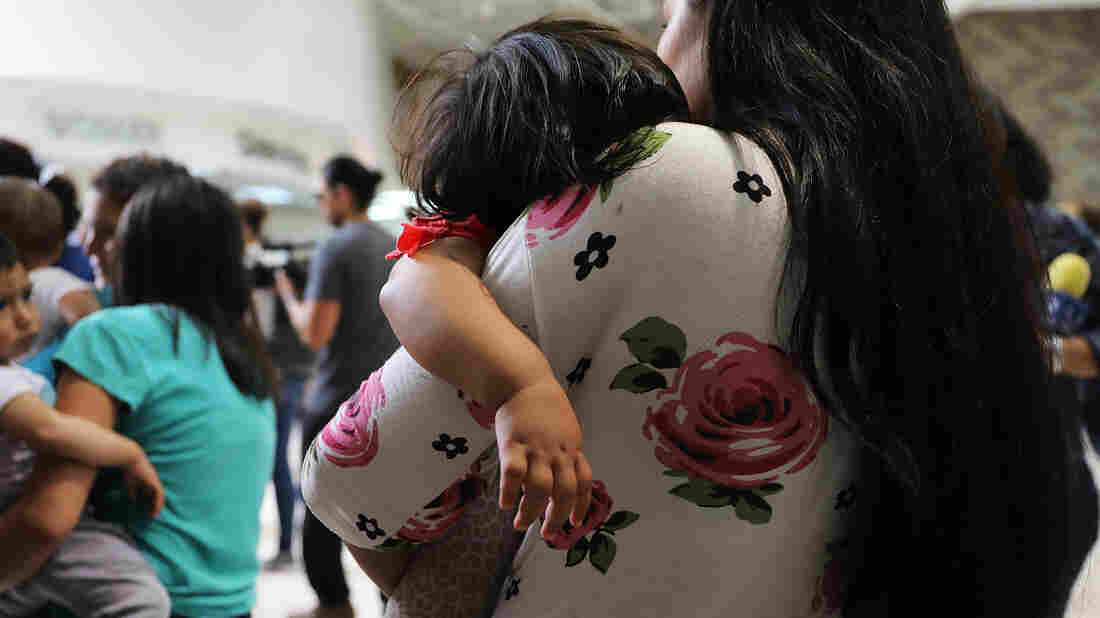 Dozens of migrant women and their children arrive at a bus station in McAllen, Texas, following their release by Customs and Border Protection last month. Spencer Platt/Getty Images hide caption 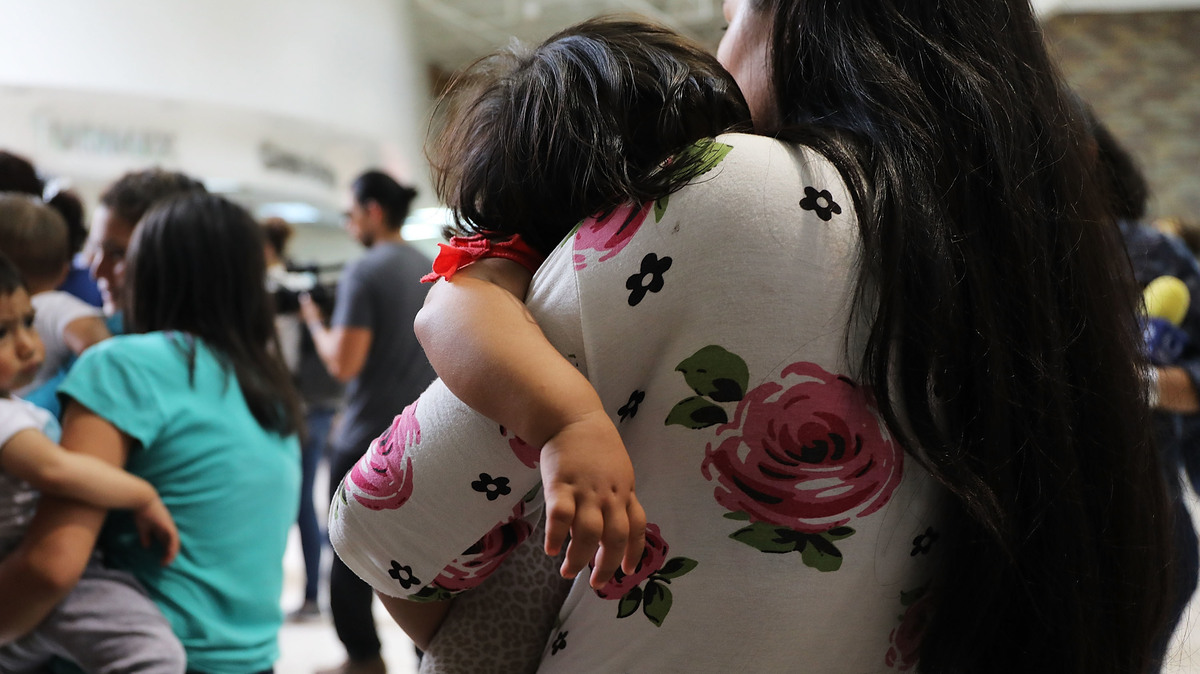 Dozens of migrant women and their children arrive at a bus station in McAllen, Texas, following their release by Customs and Border Protection last month.

When President Trump signed the executive order last month that ended the separation of migrant families, he effectively swapped one controversial practice for another — in this case, the indefinite detention of whole families. And the questions weren’t long in coming from some observers, who pointed out that the order appeared to violate a 1997 legal settlement that has been interpreted as barring such indefinite detentions.

At the signing last month, Trump himself acknowledged the likely legal battles on the horizon: “There may be some litigation,” he conceded, instructing Attorney General Jeff Sessions to request modifications to that settlement.

Now, events in court are bearing out those predictions of legal trouble.

On Monday, U.S. District Judge Dolly Gee rejected the request for “limited relief” from the settlement, often known as the Flores agreement, that served as the basis for a 2015 court order preventing the federal detention of migrant children for more than 20 days.

The provision played a key role in the decision to separate families in the first place, according to administration officials. That’s because the move to a “zero-tolerance” immigration policy — which detained and prosecuted migrants for illegal border crossings rather than releasing them before their proceedings — would keep parents in detention longer than their children legally could be.

Now that those separations have been ordered to end, federal attorneys had sought an exemption allowing authorities to exceed the 20-day limit. They said that to comply with a separate court order — which mandated the reunification of families already separated under Trump’s policy — authorities would need more time to match kids with their parents.

But Gee made clear that she was not impressed.

In blunt terms, Gee variously described the Justice Department’s argument as “dubious and unconvincing,” “tortured,” and “procedurally improper and wholly without merit.”

“It is apparent that Defendants’ Application is a cynical attempt … to shift responsibility to the Judiciary for over 20 years of Congressional inaction and ill-considered Executive action that have led to the current stalemate,” she wrote.

The Justice Department did not immediately announce whether it intends to pursue an appeal — but it did voice displeasure with Gee’s conclusions.

“We disagree with the court’s ruling declining to amend the Flores Agreement to recognize the current crisis of families making the dangerous and unlawful journey across our southern border,” department spokesman Devin O’Malley said in a statement to the media.

The ruling marked the second courtroom setback Monday for federal attorneys, who had acknowledged earlier in the day that authorities would fail to meet a deadline established by a separate court order. That deadline, set for Tuesday, had mandated that authorities return all of the youngest migrant children in federal custody to their parents. But attorneys told a San Diego courtroom Monday that officials would be able to reunite only about half of the 102 detained children who are under 5 years old.

It remains unclear what comes next for Trump and his immigration policy, which faces some of the same difficult problems that confronted his predecessor. As evidenced by the 2015 order based on Flores, President Obama also struggled with the conundrum of how to prevent and prosecute illegal border crossings without detaining violators for excessive periods.

The Obama administration, like the Bush administration before it, eventually settled on a policy of releasing some immigrants while their legal proceedings unfold — but Trump has derided the practice as ineffective “catch and release.”

At any rate, Gee maintained in her ruling that those deliberations, as difficult as they seem to be, are less important than the children affected by them.

“Regardless, what is certain is that the children who are the beneficiaries of the Flores Agreement’s protections and who are now in Defendants’ custody are blameless,” she added. “They are subject to the decisions made by adults over whom they have no control. In implementing the Agreement, their best interests should be paramount.”