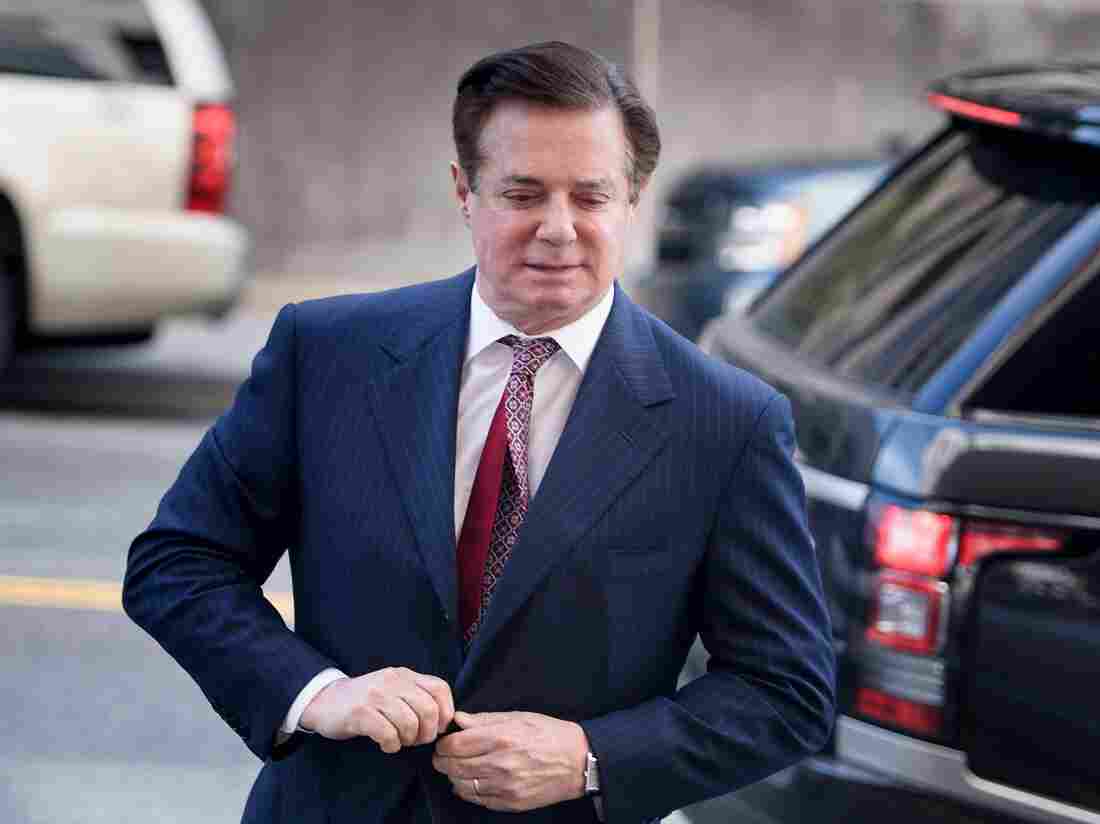 Paul Manafort arrives for a hearing at District Court in Washington, D.C., on Friday. A judge ordered him to jail ahead of his trial in connection with alleged witness tampering. Brendan Smialowski/AFP/Getty Images hide caption 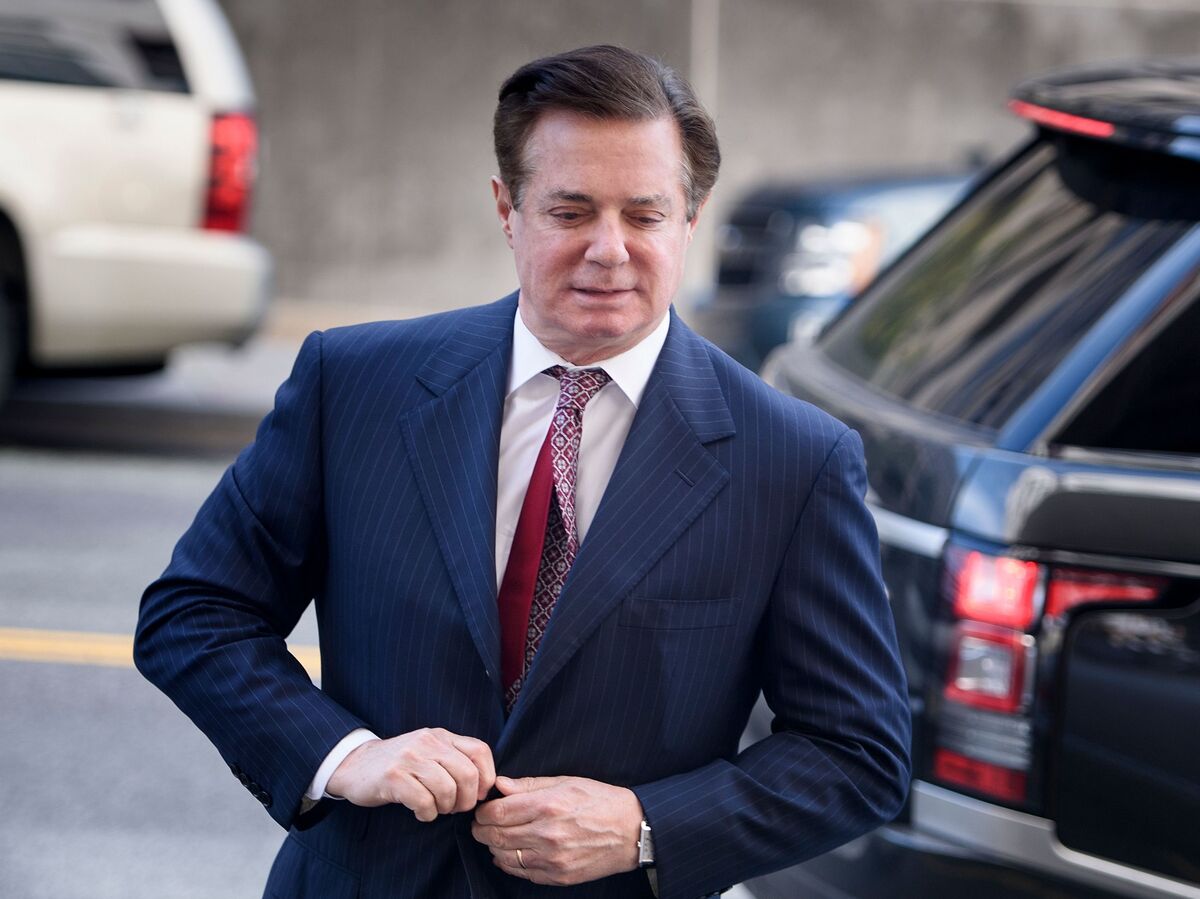 Paul Manafort arrives for a hearing at District Court in Washington, D.C., on Friday. A judge ordered him to jail ahead of his trial in connection with alleged witness tampering.

A federal judge ruled Friday that Donald Trump’s former campaign chairman, Paul Manafort, must be jailed ahead of his trial in connection with alleged witness tampering.

Manafort, prosecutors and others were due in court in Washington, D.C., following charges that Manafort and a Russian associate may have asked future witnesses in the case to lie to the jury.

Manafort is facing charges that include alleged money laundering, tax evasion, conspiracy and failure to register as a foreign agent.

Prosecutors also charge that he and a partner, Konstantin Kilimnik, may have contacted European witnesses to ask them to tell jurors in Manafort’s trial that lobbying work they did together was confined only to Europe and did not take place inside the United States.

In light of that, the special counsel’s office asked a federal judge to consider revoking Manafort’s bail and ordering him into custody ahead of his trial this autumn. Judge Amy Berman Jackson agreed on Friday.

Manafort has pleaded not guilty in his D.C. case and another federal case brought against him in the Eastern District of Virginia.

Ordering Manafort into custody compounds the legal pressure he is facing and represents another step down from the position he once enjoyed as Trump’s campaign boss and, before that, a longtime influence-broker.

Manafort spent decades as a powerful insider; he told a congressional hearing in 1989 that “the technical term for what we do and what law firms, associations and professional groups do is lobbying,” adding, “some people might term it influence peddling.”

Manafort was testifying about his role in a scandal at the Department of Housing and Urban Development during the Reagan administration. It wasn’t the only time that Manafort’s business practices have come under scrutiny.

His lobbying firm, Black, Manafort, Stone and Kelly — the Stone was Roger Stone, who is also reportedly under investigation by the special counsel — was included in a 1992 report by the Center for Public Integrity titled “The Torturers’ Lobby.”

It cited the group’s work on behalf of repressive governments in Nigeria and Kenya, the UNITA rebels in Angola, and a group with ties to Philippines dictator Ferdinand Marcos.

Riva Levinson was hired by Manafort in the ’80s, becoming, she says, his “third-world traveler of choice.” During her job interview in the summer of 1985, she promised Manafort “there was no place I wouldn’t go. And Paul took full advantage, and there was no place he wouldn’t send me.”

That included Somalia, where Manafort’s firm was trying to sign a contract with dictator Siad Barre, accused of human rights abuses. Levinson recounted the episode in her book Choosing The Hero.

“I asked Paul if he wanted this guy as our client,” Levinson said. “Paul’s response to me at the time is, ‘Riva, we all know he’s a bad guy; but he’s our bad guy.'”

In the early 2000s, Manafort was hired as a political consultant for former Ukrainian President Viktor Yanukovych, a close ally of Russian President Vladimir Putin. Manafort defended his work for Yanukovych in a 2017 interview on CNN:

“You will see if you do any fact-checking that I was the person that negotiated the framework which is based upon which Ukraine is now a part of Europe. That was my role. That’s what I did, and when it was completed, I left.”

Prosecutors say that Manafort’s work for Ukraine also had a clandestine aspect; according to one indictment, Manafort recruited a number of European political figures to advocate on behalf of Yanukovych and Ukraine, apparently independently. Actually their work was being coordinated by Manafort and underwritten by the Ukrainian government.

Manafort’s political skills in the United States were of more interest to Trump. He helped Gerald Ford secure the 1976 nomination and later worked for Ronald Reagan. He was hired by Scott Reed, Bob Dole’s campaign manager, to run the 1996 convention. In an interview with NPR after Manafort signed on with Trump in 2016, Reed noted Manafort has an apartment at Trump Tower in New York.

But more importantly, he and Trump were peers.

“He’s the one person in the room that calls him Donald,” Reed said. “It’s not ‘Mr. Trump.’ It’s ‘Donald.’ ‘Come on, Donald; we’ve got to do the right thing here.’ And I think that’s an important part of managing a campaign — to be able to have that type of relationship with the candidate of trust and, you know, knowledge.”

Trump had previously hired Manafort back in the ’80s to lobby on gambling and real estate issues. Even though Levinson had her disagreements with Manafort, she called him a master strategist.

“He can hover above all of the moving parts, and intuitively he understands how to put them together,” she said. “And he taught me how to not get distracted from the clutter.”

Within the famously disorganized Trump campaign, not getting distracted by the clutter was an invaluable skill. But Manafort’s tenure at Trump campaign was short-lived. He was ousted by Trump in mid-August, after a little more than two months on the job, when reports of his involvement with Yanukovich and the possibility that he received an illegal payment from Yanukovich’s party drew intense media scrutiny.

“My father just didn’t want to have the distraction looming over the campaign,” said Eric Trump, the then-candidate’s son, in a Fox News interview.