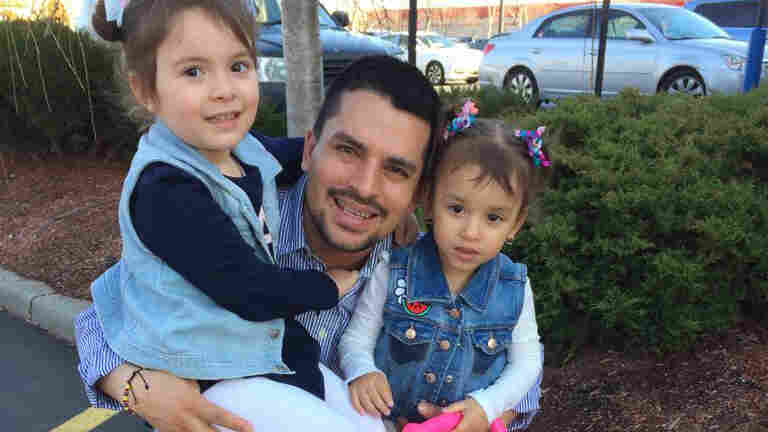 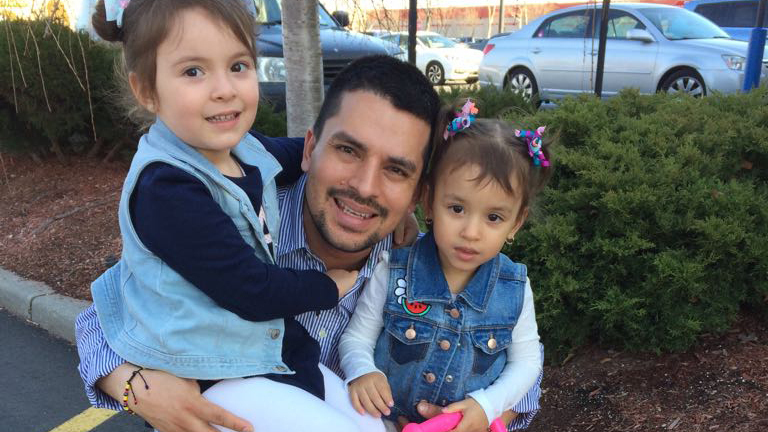 In this undated family photo provided by Sandra Chica, Pablo Villavicencio poses with his two daughters, Luciana, left, and Antonia.

A federal judge in New York City has halted, for now, the deportation of a pizza delivery man at least until a hearing on July 20.

Judge Alison J. Nathan of the U.S. District Court for the Southern District of New York ordered Saturday evening for the government to show why a temporary preliminary injunction should not be granted in the case of Pablo Villavicencio Calderon, an Ecuadorean immigrant, according to Villavicencio’s lawyers.

The 35-year-old was detained on June 1 while delivering food to the U.S. Army Garrison Fort Hamilton in Brooklyn.

He’s being held by Immigration and Customs Enforcement at a facility in New Jersey.

“Although we are disappointed that Pablo will remain detained, today’s stay is a victory for him and his family, and also for due process and the fair administration of justice,” one of his lawyers, Gregory Copeland of the Legal Aid Society’s Immigration Law Unit said, according to the group’s Twitter account.

Fort Hamilton’s public affairs office said security officers called ICE after discovering an active ICE warrant for Villavicencio in a routine background check. ICE says Villavicencio was ordered by a judge to leave the country in 2010 but stayed.

Villavicencio’s wife Sandra Chica said at a news conference last week that she is a U.S. citizen and that both of the couple’s children were born in the U.S. She said Villavicencio applied for a green card in February.

Justin Brannan, a member of the New York City Council whose district includes the Army base, said on Wednesday that Villavicencio had delivered to the base several times before without any issues.

“Why was this time any different from any other times Pablo came to deliver food to the Army base?” Brannan asked, according to NPR’s Joel Rose. “Why was Pablo singled out?”

“There’s compelling evidence that Pablo Villavicencio was improperly detained,” Cuomo wrote on Twitter Saturday. “He should be immediately released from ICE custody and an investigation should be launched into the circumstances of his arrest.”

New York Sen. Kirsten Gillibrand called the incident “shameful,” and said the Trump administration’s immigration policies are “inhumane, plain and simple” and do “not make our country safer.”