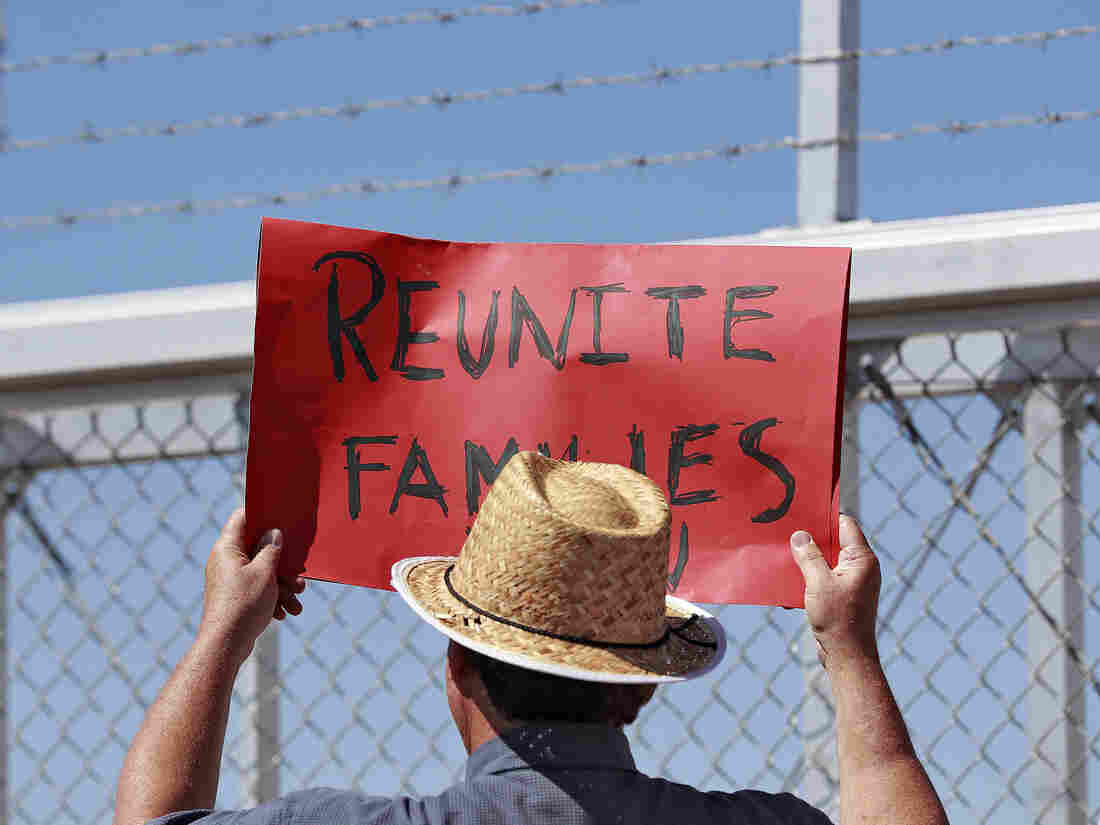 A protester holds a sign outside a closed gate at the Port of Entry facility, last week in Fabens, Texas, where tent shelters are being used to house separated family members. Matt York/AP hide caption 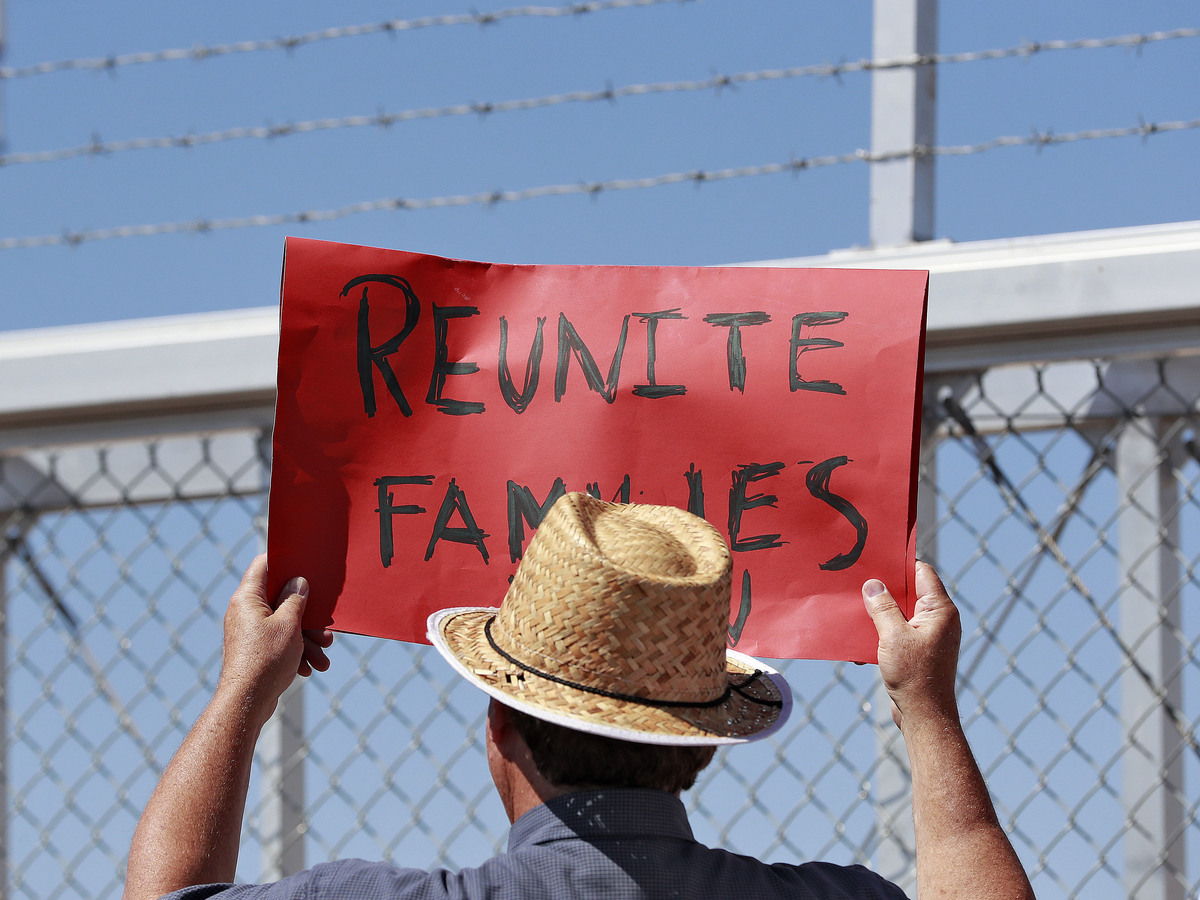 A protester holds a sign outside a closed gate at the Port of Entry facility, last week in Fabens, Texas, where tent shelters are being used to house separated family members.

A federal judge in San Diego has barred the separation of migrant children and ordered that those currently detained under the Trump administration’s “zero tolerance” policy be reunited with families within 30 days.

The order, which came down late Tuesday, is the result of an American Civil Liberties Union lawsuit. It requires children younger than five who are detained in federally contracted shelters to be returned to their parents even sooner — within 14 days. Parents are entitled to speak with their children within 10 days, according to the ruling by U.S. District Court for the Southern District of California.

“The unfortunate reality is that under the present system, migrant children are not accounted for with the same efficiency and accuracy as property,” Judge Dana M. Sabraw said in the ruling.

“The facts set forth before the Court portray reactive governance responses to address a chaotic circumstance of the Government’s own making,” Sabraw said in a pointed ruling clearly aimed at the Trump administration’s handling of the situation on the southern border, where more than 2,000 migrant children have been separated from their parents in recent weeks.

“They belie measured and ordered governance, which is central to the concept of due process enshrined in our Constitution,” Sabraw said.

The ACLU sued the Trump administration on behalf of a 7-year-old girl who was separated from her Congolese mother, according to Raquel Maria Dillon of member station KQED.

The nationwide injunction on migrant family separations applies to all children unless the parent are deemed unfit or do not want to be with the child, according to The Associated Press.

The ruling follows President Trump’s signing of an executive order last week reversing his policy of family separations but without providing a timeline for reuniting families.

The decision also blocks the deportation of parents, unless they are considered a danger to their child.

“This ruling is an enormous victory for parents and children who thought they may never see each other again,” Lee Gelernt, the deputy director of the ACLU’s Immigrants’ Rights Project, who argued the case, said.

“Tears will be flowing in detention centers across the country when the families learn they will be reunited,” he said in a statement.

According to The Washington Post, Judge Sabraw, 59, “was nominated to the federal bench by George W. Bush in 2003. His mother was a Japanese immigrant; his father served in the U.S. Army and was stationed in Japan during the Korean War. The couple married in Yokohama, Japan, before moving to San Rafael, Calif.”