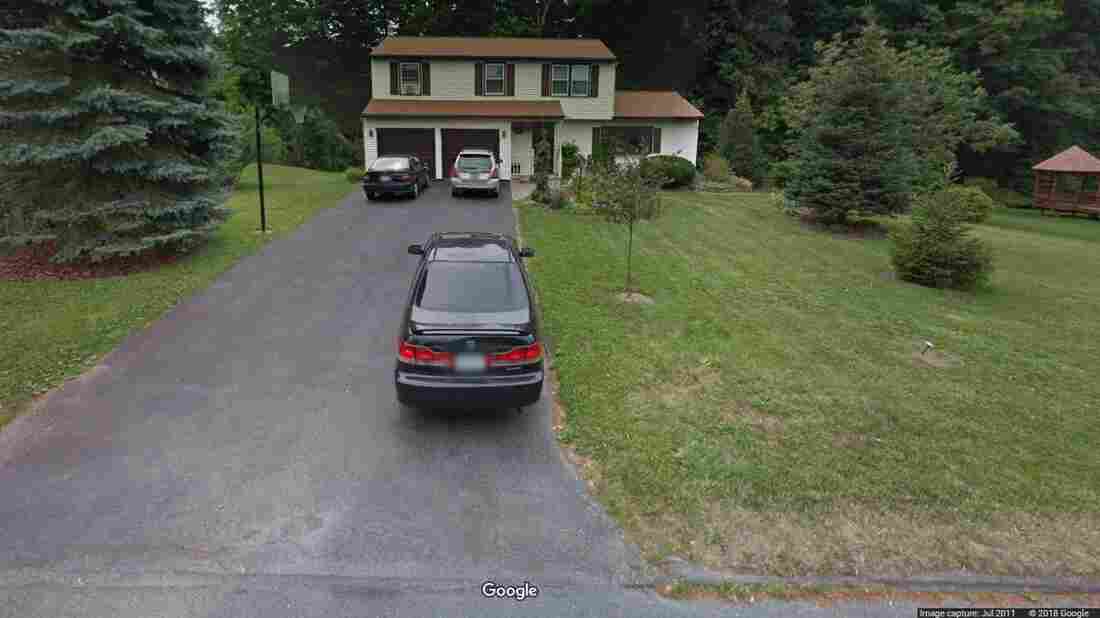 The Rotondos’ house in Camillus, N.Y., where Michael Rotondo, 30, is being evicted at the request of his parents. Google Maps/Screenshot by NPR hide caption 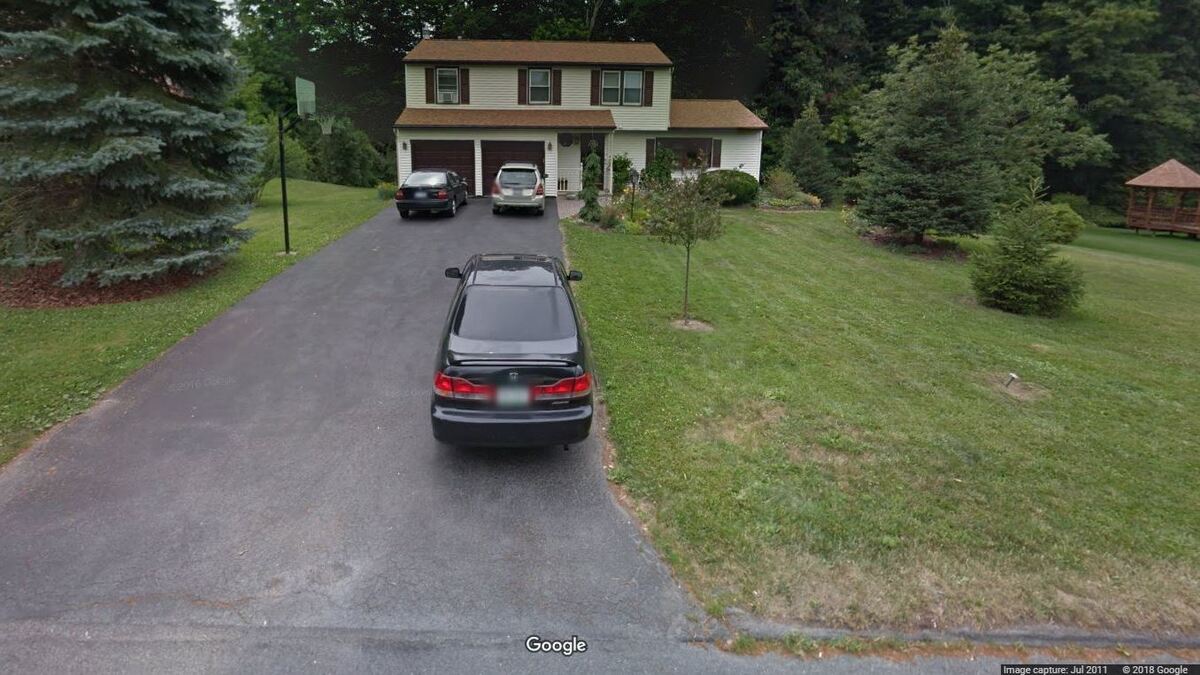 The Rotondos’ house in Camillus, N.Y., where Michael Rotondo, 30, is being evicted at the request of his parents.

The promise of adventure didn’t do it. Neither did the lure of independence, or the weight of his 30 years. Instead, it took a judge to pry Michael Rotondo from his parents’ home. The couple won an eviction order against their son, after a judge argued with Rotondo for 30 minutes.

“I don’t see why they can’t just, you know, wait a little bit for me to leave the house,” Rotondo told Justice Donald Greenwood of New York’s Supreme Court.

“You say you’re entitled to six months, which really seems to be kind of outrageous, that somebody in this day and age could be in somebody else’s home with a six-month notice before they have to leave,” Greenwood said. “I mean, that creates all kind of problems in the era of Airbnb.”

Christina and Mark Rotondo resorted to legal action after a series of notes to their son (starting on Feb. 2) failed to get him to move out of their home in Camillus, N.Y., a town west of Syracuse. Those notes followed discussions that began last October. The case was elevated to the state level because it involves the eviction of a family member.

The notes to Michael Rotondo ranged from orders to leave and encouragement to get a job, to offers of more than $1,000 and help in finding a place. One also includes a list of things to do, from organizing his move to a suggestion to sell things.

“This is especially true for any weapons you may have,” the note reads, according to Syracuse.com. “You need the money and will have no place for the stuff.”

The notes escalated into a formally worded notice for Rotondo to leave that set a 30-day deadline — which lapsed on March 15. Another message urged him to either fix his car, a Volkswagen Passat, or take it down off of the “ramps” that it was on at the Rotondos’ house.

In a legal filing cited by CNYCentral, Rotondo said that in the eight years he has lived at his parents’ house, he “has never been expected to contribute to household expenses, or assisted with chores and the maintenance of the premises,” and that those conditions are simply part of an informal agreement.

When he was in his early 20s, Rotondo briefly lived on his own, but he moved back in with his parents after losing a job. On Tuesday, he said he accepted $1,100 from his parents earlier this year — but the money went toward “expenses” rather than toward moving out.

Representing himself in court, Rotondo showed a knack for argument — and for the legal and media environment in which he found himself, as multiple news crews covered the story of his attempt to block his parents from prying him from their home. At one point, he referred to them as “the petitioner.”

As Rotondo spoke, his parents sat across the courtroom, behind their attorney. Citing a precedent that applies to family members, he argued that he was owed a six-month grace period “to basically procure the means so they can support themselves on their own.”

When Greenwood tried to compliment Rotondo on his work researching other cases, Rotondo dismissed it.

“It wasn’t hard,” he said, adding that he had done “a brief search of the Internet for the removal of a family member from a home. … it took minutes.”

Greenwood then informed Rotondo that the case he cited wasn’t the final word on the matter, and that it had been superseded by an appellate court ruling that tilted the weight of precedent back toward the parents’ side.

In interviews with the media, Rotondo has said the rift with his parents — who cut off his cellphone and refused to give him food — is rooted in an ongoing dispute over his young son.

The case is being seen as an extreme example of a growing trend. As NPR reported in 2016, a Pew study found that, “For the first time in more than 130 years, Americans ages 18-34 are more likely to live with their parents than in any other living situation.”

In headlines, Rotondo is often labeled as a deadbeat or layabout; his status as a millennial is also often mentioned. But he says it’s not that simple.

Citing a conversation with Rotondo as he rode the bus home from the courthouse on Tuesday, The New York Post reports that he claims that “his parents are forcing him out as ‘retaliation’ for not allowing them to see his child before he lost custody himself last September.”

Rotondo also says he’s locked in a custody battle with his son’s mother — and that his parents’ demands for him to find a steady paycheck threatened his ability to waive court fees, according to The Daily Mail. He says he became a father during the brief time when he lived on his own.

The Post and Daily Mail also note that Rotondo has another legal case running: He’s suing Best Buy, claiming that he was wrongly fired for refusing to work on Saturdays.

In the eviction case, the judge told Rotondo that his parents, as the owners of the house, have the right to decide who lives there.

When Rotondo spoke to the media outside the courtroom, he was asked where he would be going to live.

“Honestly, I’m not sure exactly how it ended. I mean, it seems to me like I should be provided with like 30 days or so, because generally you get 30 days … to vacate the premises,” Rotondo said. “So I’m expecting something like that.”

As he spoke, Rotondo flipped his long hair behind his head and worked it up into a ponytail. A reporter told him that it sounded like he had “to vacate today.”

“It sounded kind of like that [to me], too,” Rotondo said. “But that’s just so ridiculous.”

Another reporter asked Rotondo if he has a web business. He said he did — but he refused to say what it entails. “I’m not dragging my business into my business,” he said with a smile.

Rotondo said he will review his options to appeal, adding that he might seek a stay of the eviction order.

“The notion that, you know, that I’m just out of there, it really seems most unreasonable,” he said.