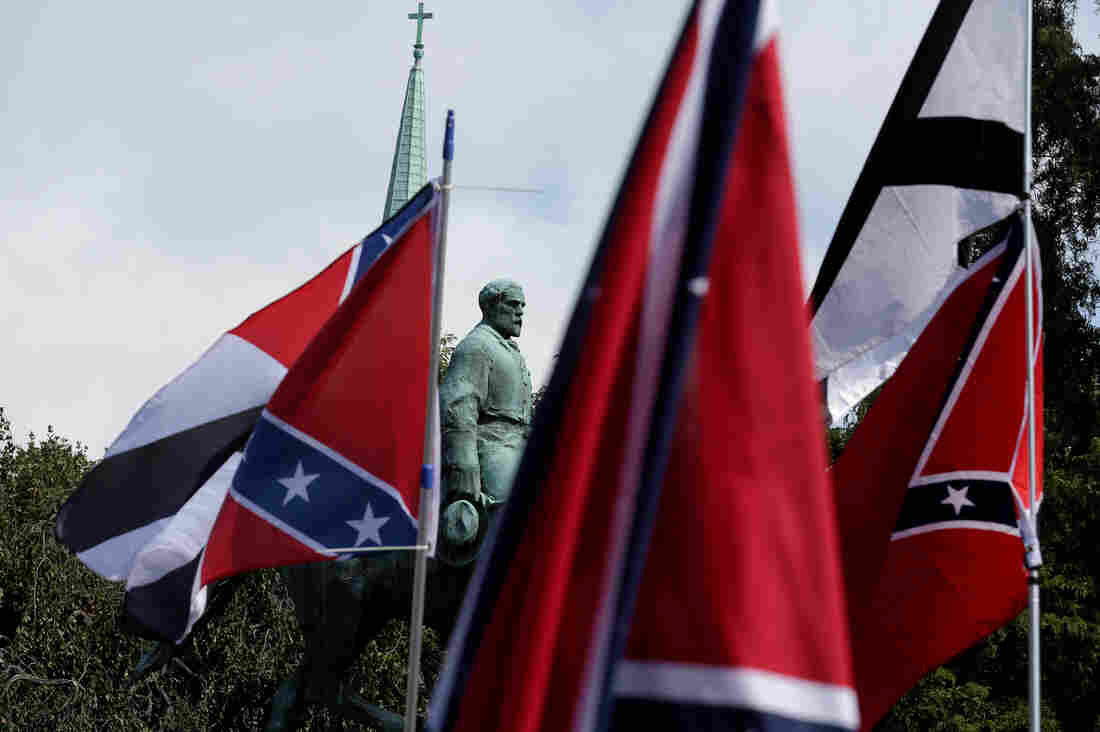 Members of white nationalist groups gathered around a statue of Robert E. Lee during a rally in Charlottesville, Va., on Aug. 12, 2017. Joshua Roberts/Reuters hide caption 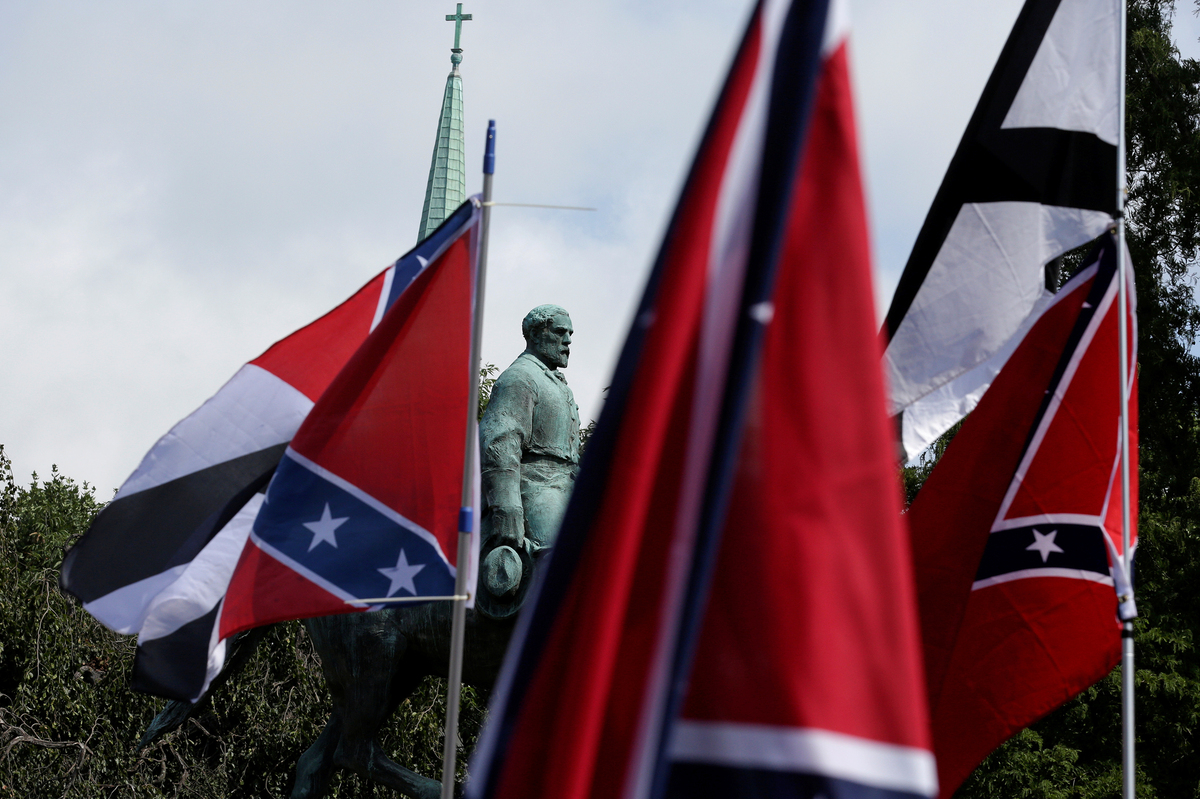 Members of white nationalist groups gathered around a statue of Robert E. Lee during a rally in Charlottesville, Va., on Aug. 12, 2017.

A federal judge in California has ruled that a confidential messaging app must release the identity of a user who is accused of helping plan violence at a white nationalist rally last year in Charlottesville, Va.

The unnamed woman is one of dozens of people accused of using the gamer chat app Discord to organize violence at that event. Lawyers representing victims of that violence have subpoenaed the app for more information on those conversations. But the woman, known as “Jane Doe” in the court case and “kristall.night” on the app, attempted to quash the subpoena.

Chief Magistrate Judge Joseph Spero of the Northern District of California has allowed the subpoena to move forward, ruling that the user’s right to anonymity is outweighed by the importance of investigating a possible violent conspiracy. But the real name of the user should be revealed only to a small circle of people involved in the court case, Spero said.

Doe’s lawyer, Marc Randazza, tells The Washington Post that he has not decided whether to appeal.

He told the newspaper that the subpoena was seeking to “out” members of the alt-right, saying that in today’s political environment, “you have to be hounded out of your apartment, out of your job, out of whatever it is you have, if you have the audacity to have an unpopular political belief.”

The decision comes days before the “Unite the Right 2” rally in Washington, D.C., and in Charlottesville, a follow-up to the protest last year. Anti-racist protester Heather Heyer was killed by a self-described neo-Nazi who drove a car into protesters at last year’s rally.

The subpoena is part of a lawsuit filed in Virginia against organizers and participants in the Charlottesville white nationalist rally, brought by a group of people who say they were injured or traumatized by the violent events.

Jane Doe is not a defendant in that lawsuit. But her name — or rather, her pseudonym — came up in efforts to get more information about how the rally was planned and carried out.

The Discord app, which allows users to chat anonymously with one another, was allegedly used to organize the Charlottesville violence. (Last year, the app kicked a number of white supremacists off the platform, attempting to return to its original target audience of gamers.)

Based on leaked chats, plaintiffs in the Virginia case say, the user kristall.night advised other people to bring shields and a helmet but not weapons they were not experienced with, while recommending that flagpoles could be used as spears and clubs.

Court documents state that she also made racist statements such as “Without complicit whites, Jews wouldn’t be a problem” and “I hate miscegenation so much more after actually talking to mixed race people about their identity.”

The plaintiffs believe there are more chats that have not yet been leaked, specifically related to the planning and organizing of the rally, and have subpoenaed Discord for more chat records and user details.

Kristall.night, or Doe, argues that she has First Amendment rights to anonymity and association that would be violated by the subpoena. She also says she was not issuing instructions but rather advice, and she calls the Discord subpoena a bad-faith “doxxing” effort designed to reveal her identity and ruin her life.

Spero, the judge, agreed that Doe has a right to anonymous speech but noted that this right is not unlimited. In this case, he said, “the importance to the case of disclosing Doe’s identity outweighs any burden on this right.”

Spero ruled that the content of the Discord messages can’t be released without the permission of either the sender or the recipient. Roberta Kaplan, whose team of lawyers represents the plaintiffs in the Virginia case, tells NPR they have already received the permission they need to access chats they are targeting.

Meanwhile, the other information about Doe’s account — including identifying information — must be released as part of the lawsuit, Spero says.

Those data must be treated as “highly confidential” information that can’t be shared with the public, or even with the plaintiffs in the case, the judge said.