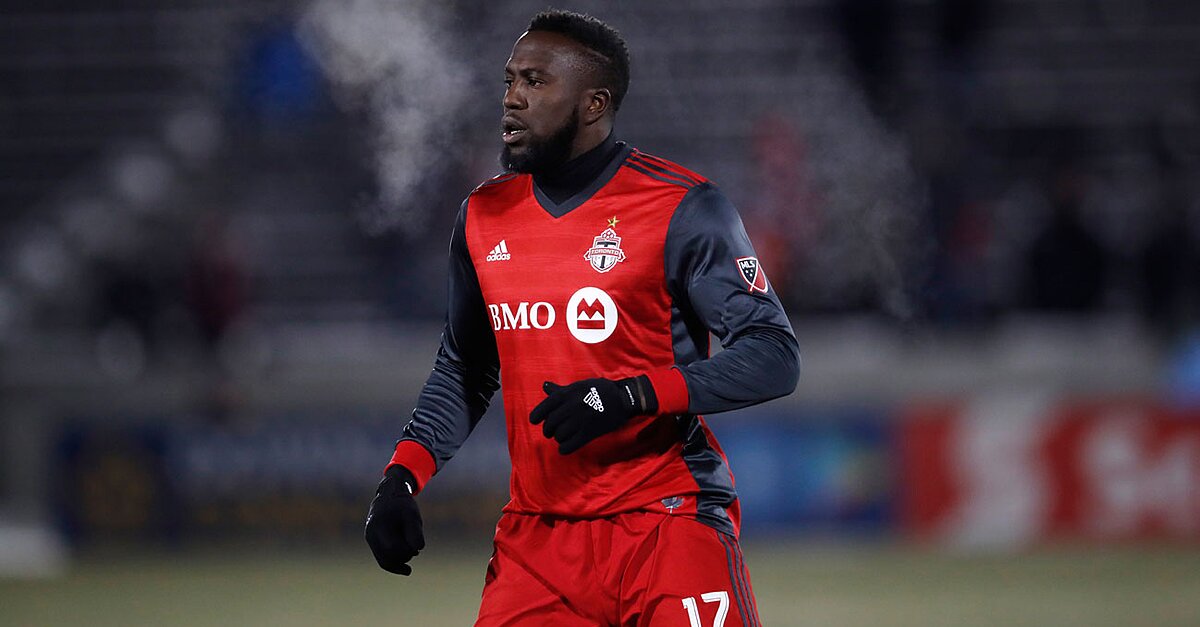 LOS ANGELES — You’d be forgiven for thinking Jozy Altidore is older than 29. After all, we’ve been watching him since he was a 16-year-old with the New York Red Bulls, and he scored his first U.S. goal at age 18. But he still feels he can be a relevant goal-scorer for both his club—even if he moves at the end of 2019 from Toronto to Mexico, which he says intrigues him—and his national team.

Altidore has 41 international goals, just 16 behind all-time USMNT leaders Landon Donovan and Clint Dempsey at 57. When asked if he can break that mark, Altidore doesn’t hesitate. “Yeah, absolutely,” he says during a sit-down interview at the MLS media day. “16 goals? Yeah, I can definitely do it.”

That, of course, will require him to be called into the national team. Altidore isn’t involved full-time in the current camp under new coach Gregg Berhalter due to his recovery from recent ankle surgery. (He says he may miss some February Concacaf Champions League games but will be ready for the start of the MLS season in March.) But Altidore did visit the U.S. camp, and he says he has spoken to Berhalter about “being somewhat maybe in his plans, though obviously it has to be earned.”

With age comes perspective, and Altidore has changed since he was 19. He says he makes sure to enjoy the game more these days, and that he wishes he had taken more pleasure back in the day from playing in locations like Old Trafford or the Mestalla. He says spending time with his 4-year-old son, Cameron, has made him “way more sensitive” as a human being. And he wants to “do something that leaves a lasting legacy in Haiti,” the birth country of his parents, Giselle and Joseph.

Altidore just returned from a visit to Haiti with the clothing designer Kenneth Cole, whom he has teamed up with in recent years to raise money for foundation work on the island. They did some work at the health center Cole is building in Haiti, and Altidore also played with a local soccer team. But the part that stood out the most to Altidore was his visit to the Cité Soleil neighborhood in Port-au-Prince.

“They had told us no phones or cameras, because people are very conscious of that, and it’s a rough neighborhood,” Altidore says. “But as I walked in there, some of the guys recognized me, and they said you can use your phone. Come with us, and let’s walk around. They gave me a tour of the neighborhood, and it was mind-blowing … I saw those little kids walking around barefoot on rocks, and it was tough because I thought about my parents and my aunts and uncles. If nobody took a gamble on them, I wouldn’t be here and have all this.”

Altidore has earned good money as a player, including $5 million last season with Toronto (per the MLS Players Association). His contract is up at the end of 2019, and he says he’d like to play for six more years or so. Yet he speaks as though his time with Toronto is likely coming to an end at some point in 2019.

“I’m a [Toronto] player for another 10 months or however long we play, and that’s just the reality of it,” he says. “It’s fine. It’s the business. It would be worse if I had to look back on Toronto and didn’t have a trophy and didn’t have the things we’ve done. So to have those things, it doesn’t sting as much. But at the same time I look forward to playing for the fans there. I’m looking forward to doing that this year, and then we’ll see what happens after that.”

“I’m not going to lie, I’m intrigued by Mexico,” he says. “Obviously, it’s close by. I didn’t know how big of a reach the league has until I came back to MLS and was closer to it and playing against those teams and watching the games. I didn’t know they get some of the most viewers out of all the leagues broadcast in the States.”

Clearly, though, Altidore still has interest in playing for the U.S. national team, and he has gotten to the point where he can make light of the negativity he hears from rival club fans about his role in the U.S.’s qualifying failure for World Cup 2018.

“I’m a villain in my own country, and I accept it, it’s fine,” he says, then cracks: “I’m moving to Canada. Whether I stay there or not, I’m buying a house there, and that’s that.”

It’s a little hard to tell whether his tongue is firmly in cheek, but when it’s pointed out that MLS could use more villains to drive interest, he doesn’t necessarily disagree.

“Is the league ready for it? Is the soccer community ready for it?” he says. “I’m not so sure, because soccer in our country is not geared toward that type of personality. Not right now. Maybe eventually. But everybody’s got to be clean-cut and be generic and boring. We’re making some advances, but we’re not there yet. We don’t have no Jimmy Butlers in soccer. They’d be blackballed, and nobody would pick them up ever again.”

You get the sense that Altidore wouldn’t mind being that guy perhaps. Maybe someday he’ll end up barking back-and-forth with Alexi Lalas in a television studio and providing some first-rate entertainment. But for now, for a few years more at least, he has a few more goals to achieve.