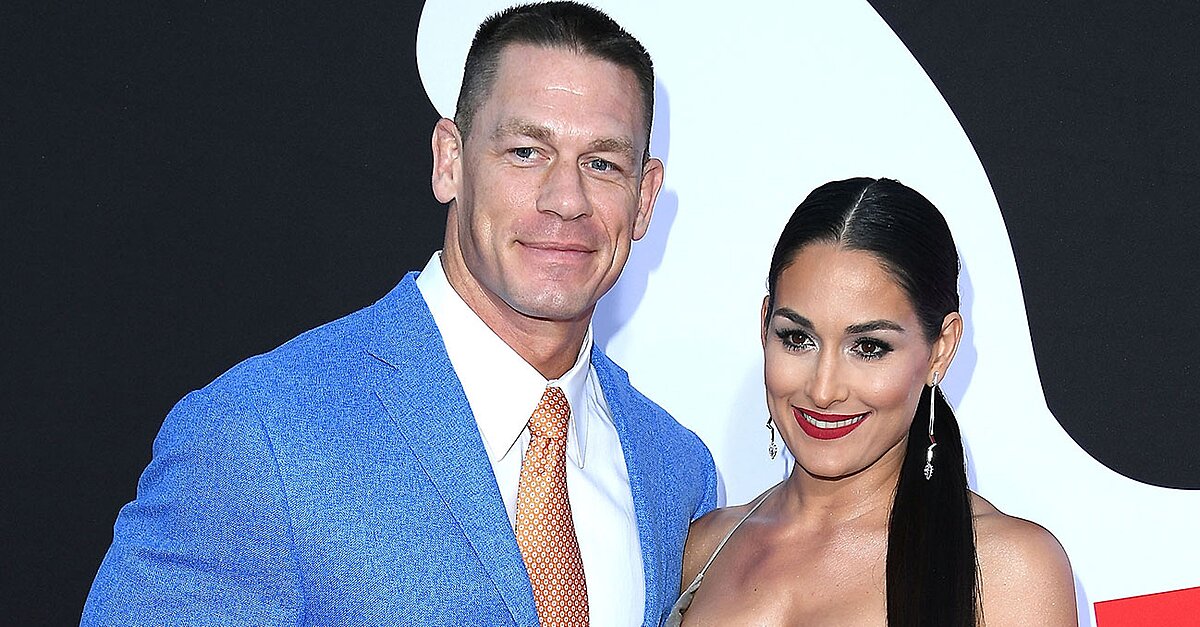 The 41-year-old actor stopped by Today on Monday, when he gave co-hosts Kathie Lee Gifford and Hoda Kotb an update on his relationship with Bella after the duo called off their engagement last month — just weeks before they were set to walk down the aisle.

“It’s up and it’s down. I’ve always been honest with you guys, I also don’t want to ruin the viewers’ morning by giving them a bowl of sadness soup. It’s been up and it’s been down,” he explained. “It’s been incredibly reflective, which is amazing, but it’s very difficult. I had my heart broken out of nowhere — well, for me it was out of nowhere. And anyone who has experienced that knows that it comes with a series of bad feelings. But I’ve looked at myself every day and I’ve tried to evaluate myself and the woman that I love.”

Cena insisted that he’s not looking to pursue any other relationships.

“But for anyone speculating on like what I’m doing with my life now. I still love Nicole, I still would love to marry Nicole, I still would love to have a family with Nicole,” he said. “There was an unfortunate set of circumstances where our relationship ended. There’s been a lot of speculation recently about me being seen in public, and everyone’s been like, ‘Oh John Cena’s enjoying the single life.’ No, I was supposed to be married and have a honeymoon over these two weeks. I am in my house alone surrounded by these emotionally strong memories. And everyday from 6 to 9 I get out of the house and talk to strangers as social interaction.”

The wrestler added, “I don’t want anybody else. I love Nicole and I’m really trying to support her in her trying to find whatever it is she wants that made this fall apart in the first place.”

Sources previously told PEOPLE that her decision to break up was due to their differing stances on marriage and having kids — she wanted a family, but he was hesitant — and Kotb pointed out that he seemed to have a change of heart.

“If you look at me five years ago: stubborn, selfish, self-focused, life had always been about me. And then slowly over time this woman waltzes in and just steals my heart, and whether I wanna realize it or not, she becomes my number one,” he explained. “So I’m willing to go back on all of these things that I say, and a lot of them I would hang onto just out of stubbornness. ‘I won’t have kids,’ and it took a very strong look in the mirror for me to be like, ‘Why? This is person is my number one and it’s something that’s very valuable to her. Of course we can do this, and I think it would be wonderful.’”

Cena admitted that although he sometimes has trouble communicating his feelings, he above all wants to “make her happy.”

“The point is for anyone out there speculating on what’s going on, I love her. I want to be with her. I want to make her my wife. I want to be the father of her children. I just want us to work and that’s so just from here,” he said, touching his heart, “and all that other stuff is B.S. I’m just trying to live life without her on a very emotional set of time.”

Bella called off the engagement three weeks before she and Cena, 40, were meant to walk down the aisle. However, “John has constantly been in touch with Nikki” since announcing the breakup, a source recently told PEOPLE. “They will almost definitely get back together.”

“They’re definitely on a path to reconciliation,” the insider added. “John is the love of her life, and she’s definitely the love of his life, and that doesn’t just vanish overnight. At the end of the day, they still want to be together.”

Bella opened up about the split three days after what would’ve been her wedding day.

“Staying at Brie’s because you all know why,” Nikki, 34, said in a video posted May 8, referring to her twin sister’s home in San Diego.

“I just wanted to say hi to you guys. I know I’ve been MIA, and I’ve kind of been hiding out. But I wanted to reach out to you all and thank you all for your love and support,” she continued. “Can’t tell you how much it meant to me, especially through a really difficult time.”

Total Divas returns this fall, and season 3 of Total Bellas premieres May 20 at 9 p.m. ET, both on E!

This story first appeared on PEOPLE.com