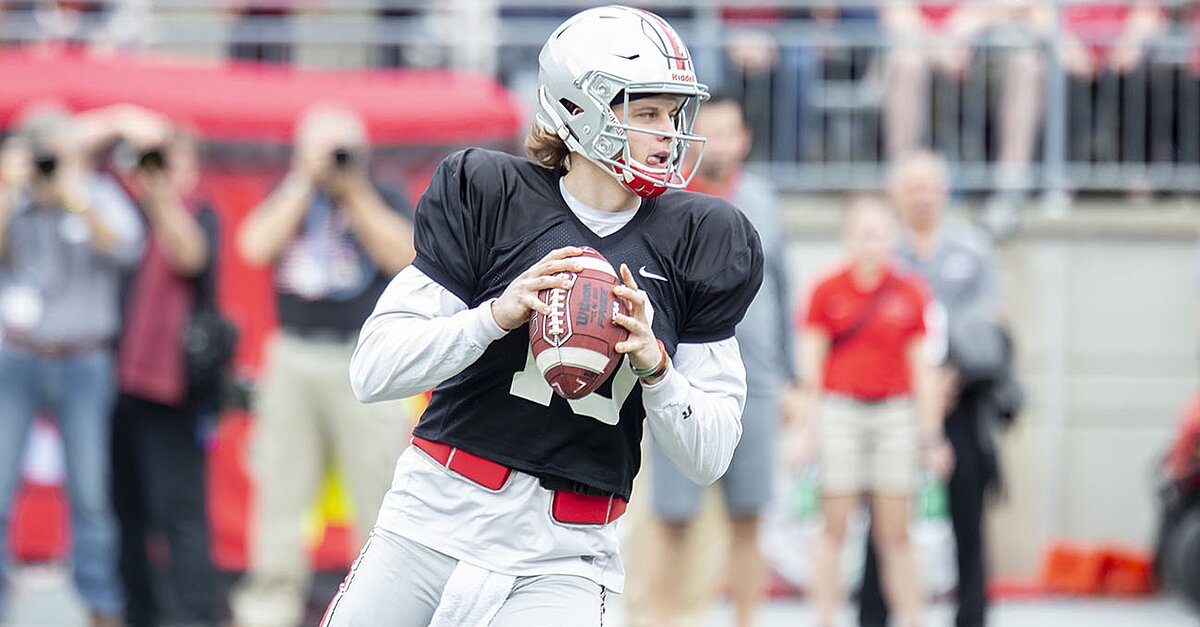 Dwayne Haskins seems to have won Ohio State’s quarterback battle, and the runner-up should end up on another power-conference roster soon.

On Tuesday, quarterback Joe Burrow announced he has decided to leave Ohio State as a graduate transfer to play somewhere else in 2018.

Burrow would have been entering his redshirt junior season if he stayed with the Buckeyes for 2018. Over the last two seasons he has appeared in 11 games and thrown for 287 yards and two touchdowns while completing 29-of-39 attempts. He will have two years of eligibility left at whichever school he chooses.

In his announcement, Burrow said he has been “struggling with this decision” for weeks and he will choose his next team in the “coming weeks.”

What This Means for Ohio State’s QB Battle

With Burrow leaving the program, redshirt sophomore Dwayne Haskins is in the driver’s seat to be the successor to J.T. Barrett in Columbus. Burrow and Haskins battled last summer to determine who would be Barrett’s backup, and Haskins won out.

As a redshirt freshman in 2017, Haskins threw for 565 yards, four touchdowns and just one interception in eight games with a 70.2% completion rate. When Barrett had to be removed from the Michigan game with a knee injury, Haskins went 6-of-7 through the air for 94 yards and led three scoring drives in the Buckeyes’ 31–20 comeback win. Haskins was a four-star recruit coming out of high school in Maryland and was considered one of the top pro-style quarterbacks in his class.

Along with Haskins, the Buckeyes also have walk-on Kory Curtis and dual-threat weapon Tate Martell, who will be in their second year with the program in 2018. The long quarterback in this winter’s recruiting class is four-star Matthew Baldwin, who enrolled in classes earlier this year but is recovering from a knee injury he suffered in the Texas state playoffs.

According to Adam Rittenberg of ESPN.com, LSU and Florida are two likely landing spots for Burrow—both SEC powers held open competitions without conclusive results this spring. Nebraska is also in play because his dad played and coached there.

Burrow has not thrown more than nine passes in a game and he did not throw more than four in any game last season.