Bayern Munich centre half Jerome Boateng has insisted that his teammate Robert Lewandowski must respect the boss Jupp Heynckes.

It comes after the 3-1 win over FC Koln at the weekend, when Lewandowski snubbed the manager’s handshake after being removed in the closing stages of the game.

Lewandowski was not happy to see his number come up as he was chasing a brace, having already scored earlier in the fixture. He made his feelings known as he stormed straight past his manager on his way to the bench.

Heynckes was incensed by the lack of respect shown to him by his striker and criticised the player for sullying the victory in his post-match comments.

Boateng admits he sympathises for the Polish international as emotions can run rife during intense fixtures, but supports the manager’s view that the players must respect his position. 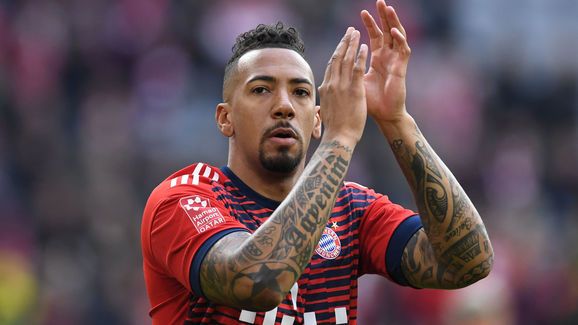 At a recent press event, Goal quoted Boateng as saying: “The coach [Jupp Heynckes] is the boss, as I have said before, as a player you sometimes have emotional periods.

“Lewandowski probably wanted to score one or two more goals [but] despite that, you can manage it differently.

“It is the responsibility of the coach to make decisions and he is the absolute boss.”

Lewandowski has been in a league of his own this season in terms of goal return, his tally of 29 is 14 goals higher than the league’s next top scorer Nils Petersen.

That form has attracted interest from Bayern’s European rivals Real Madrid, who recently eliminated them in the Champions League semi-final.