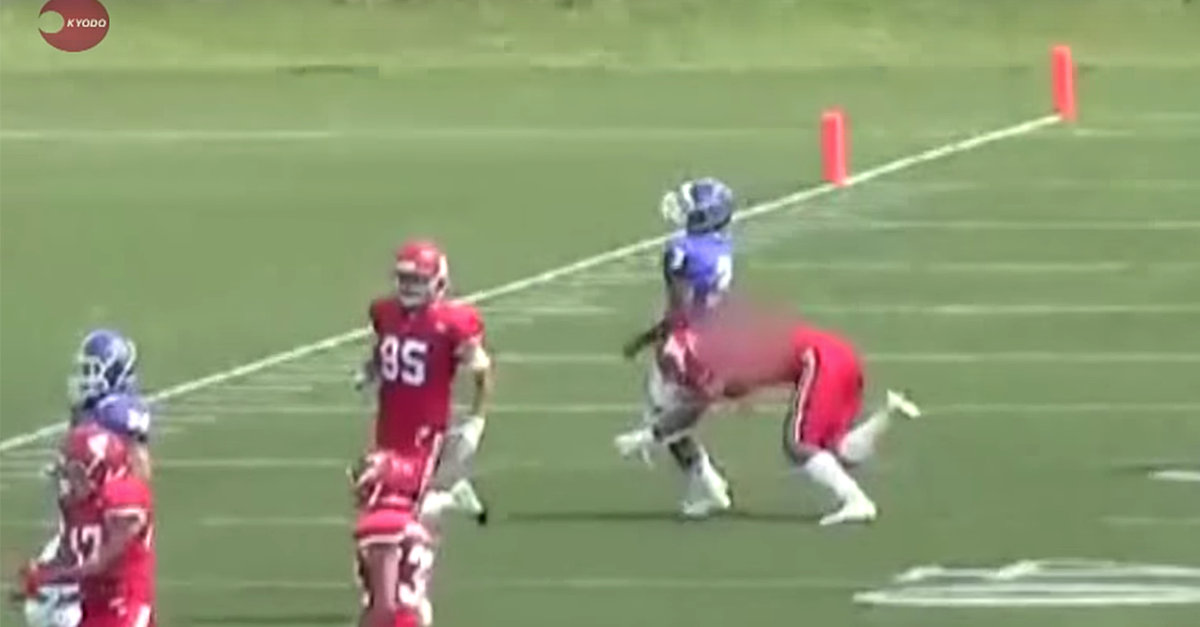 A Japanese university football player has quit the sport after a late hit on an opposing player generated controversy, according to The Japan Times.

As the story has become huge in Japan, Miyagawa spoke publicly about the incident for the first time in front of a large media crowd. Miyagawa read a prepared statement, saying he felt pressured to injure the quarterback. According to The Japan Times, Miyagawa had almsot lost his place on the team, and assistant coach Tsutomu Inoue, who had an order from head coach Masato Uchida, told him he could get it back by injuring Okuno.

Okuno’s family has filed a criminal complaint over the matter as well.