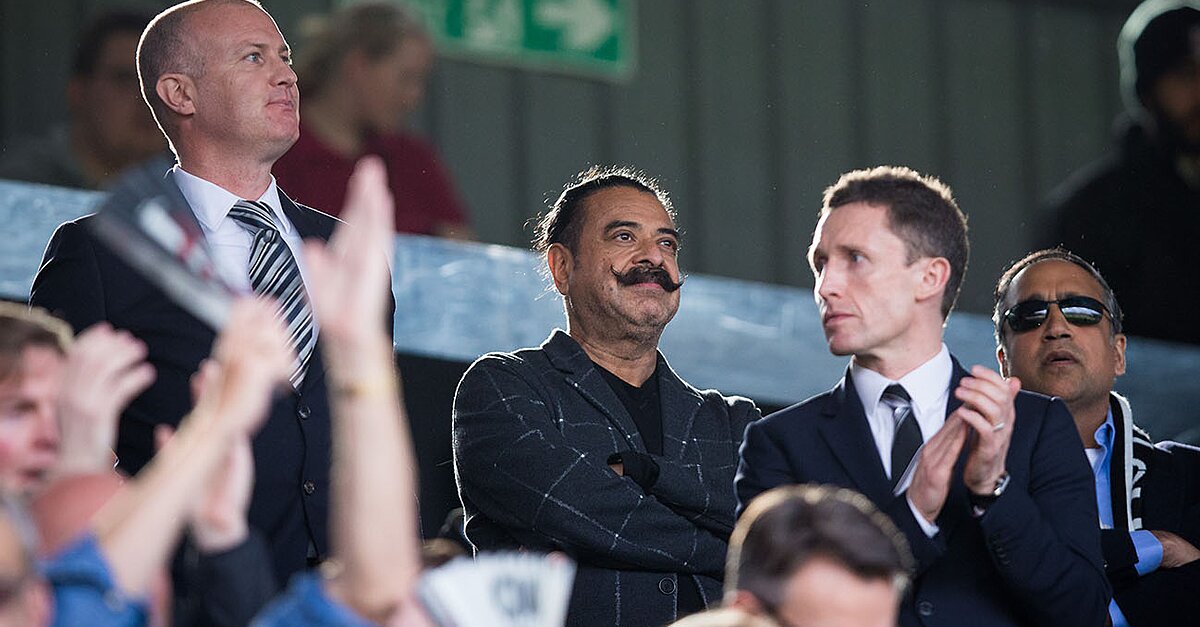 The Jaguars owner put in a bid to buy the stadium last week.

In an interview with BBC, Jaguars owner Shad Khan explained how he wants to host a Super Bowl at Wembley Stadium in England if he he is able to purchase it.

Last week, Khan put in a bid to buy the stadium, a move that left people wondering if his long-term plan is to move the Jaguars across the pond. Along with the Jaguars, the billionaire also owns of Championship team Fulham F.C.

“Our role would be to provide a world class venue,” Khan told BBC. “Wembley is a great stadium and you want to get it configured to hold Super Bowl and World Cup finals.”

Khan added that it is “premature” to discuss the project, which makes sense because his bid of around $1.25 billion to buy the stadium from the Football Association of England has not granted him ownership of the stadium just yet.

Wembley Stadium has been around for 11 years and has hosted 18 of the NFL’s 21 International Series games that have been played in England so far. Next year it will hold a game between Khan’s Jaguars and the defending Super Bowl champion Eagles.