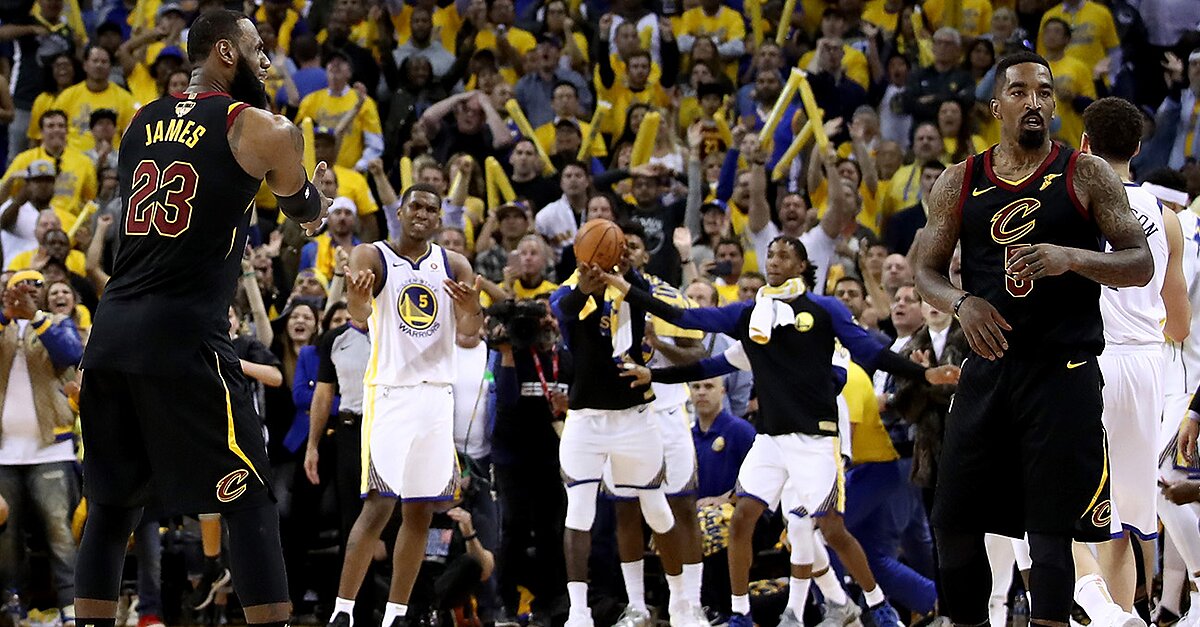 J.R. Smith may have changed the complexion of the entire Finals. After one of the all-time blunders at the end of regulation, the Warriors outlasted the Cavaliers in overtime in Game 1 of the Finals, winning 124–114. The Cavs had two chances to win at the end of regulation, but George Hill missed a go-ahead free throw, and Smith inexplicably dribbled out the clock after the rebound, not realizing the game was tied. The mistake sent the game into OT, during which the Dubs ultimately prevailed.

Smith’s brainfart ruined what was until then an incredibly gutsy performance from Cleveland. LeBron James was unbelievable. He scored 51 points on 32 shots, wringing every last ounce of energy out of his body. James kept the Cavs alive all night, draining clutch threes during Golden State’s third-quarter surge while attacking the rim relentlessly in the fourth. At one point late in the final frame, James had scored 46 points on 66.7% shooting. But asking him to keep up that level of play for another period was too tall a task, and the Warriors shooters finally woke up. LeBron shot only 0-of-4 in OT, but his performance deserves to be more than a footnote.

Giving the defending champs an extra five minutes proved to be fatal for Cleveland. Golden State took its largest lead of the game during overtime, as a deflated Cavs team couldn’t keep up the energy needed to win. Stephen Curry scored 29, while Kevin Durant added 26 of his own.

The Dubs were far from perfect Thursday. They again came out flat during the first half. And the much-maligned Durant isos from the conference finals returned again. But if you give the Warriors enough chances, they will take advantage, and that’s exactly what happened in Game 1. In a way, Thursday’s contest was a microcosm of Golden State’s season. The Dubs typically don’t play focused for a full game (or a full year), but the longer leash you give them, the more likely the Warriors can put together one dominant stretch to put the game away.

Cleveland had to feel good for most of the night. Golden State entered having won the last three Game 1s against the Cavs by an average of 15 points. The Cavs were much closer than that Thursday. They withstood the typical shooting barrages and played poised down the stretch until Smith’s inexcusable mistake.

But asking LeBron to score 50 a night is almost certainly a tenuous proposition. At this point, if there’s anyone who can average 50 during the NBA Finals, it’s James. But if that’s what it takes just to keep a game competitive, it’s unfair to the greatest player of his generation. (LeBron became the first player to score at least 50 points and lose a Finals game, an honor he would probably prefer not to have.)

The most disheartening part about Game 1 for Cleveland is it likely played its best, while the Warriors can probably reach another level. At the very least, we were given a more competitive game than many expected headed into the night. Golden State got away with one Thursday. What remains to be seen is if Game 1 will serve as a wake-up call for the champs, or a predictor of what’s to come for the rest of the series.