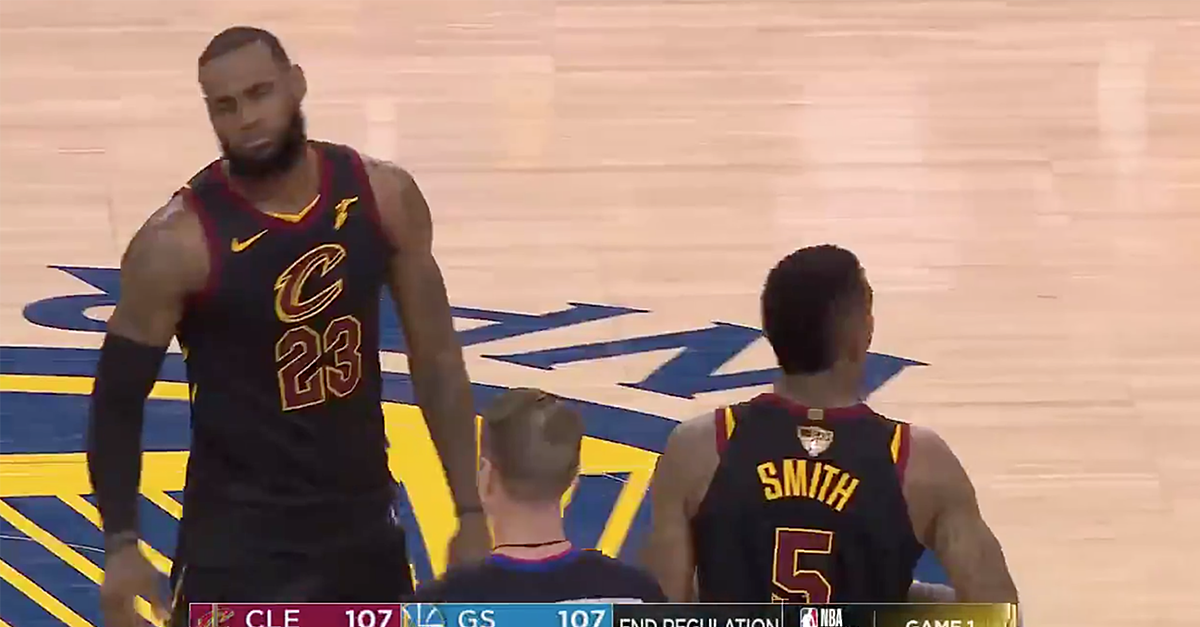 LeBron James defended Smith in a press conference Saturday, saying he has “an uncanny ability to bounce back.”

After the Cavaliers’ J.R. Smith’s big mistake in Thursday’s Game 1 loss to the Warriors, Smith said he knew the game was tied.

But he backtracked Saturday, saying, “After thinking about it a lot … I can’t say I was sure of anything at that point.”

Smith was also asked if told LeBron James that he thought the Cavs were ahead because it appeared he was mouthing that after the play. In response Smith said he “might have said that.”

The controversy happened in the final seconds of regulation. Smith got the rebound from George Hill’s missed free throw, but instead of putting it up, Smith took the ball to the three-point line near James. After a quick verbal exchange with James as both were too far away to get a clean shot off, Smith passed it to Hill in the corner. Hill was unable to get a shot off in time and the game went to overtime. The Cavs lost 124–114.

James defended Smith in a press conference Saturday, saying he has “an uncanny ability to bounce back.”

The Cavaliers take on the Warriors in Game 2 on Sunday at 8 p.m. ET.