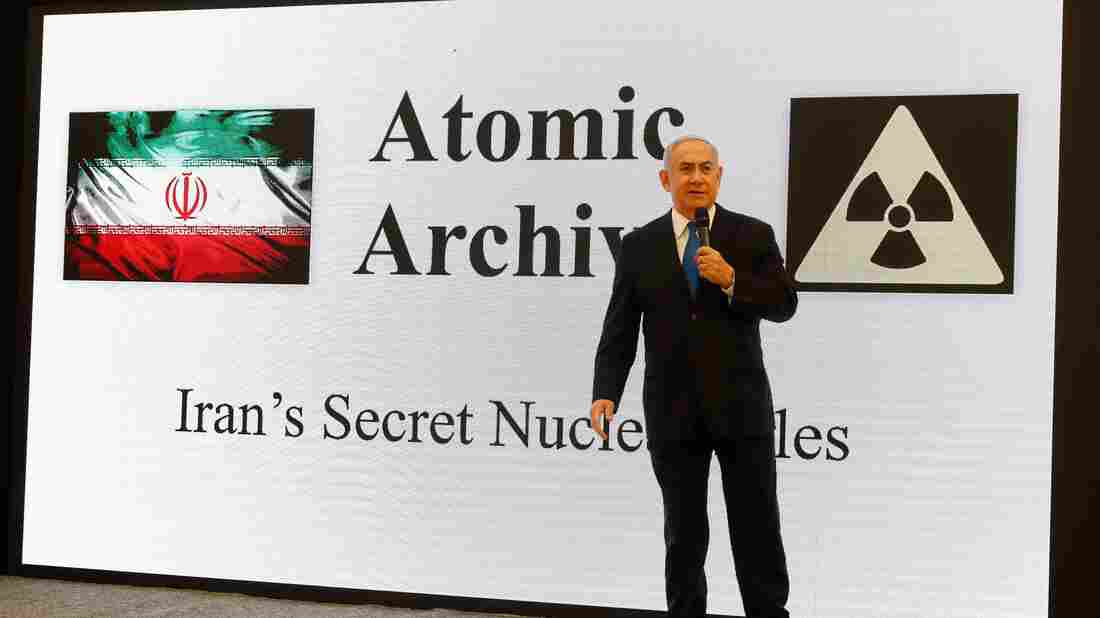 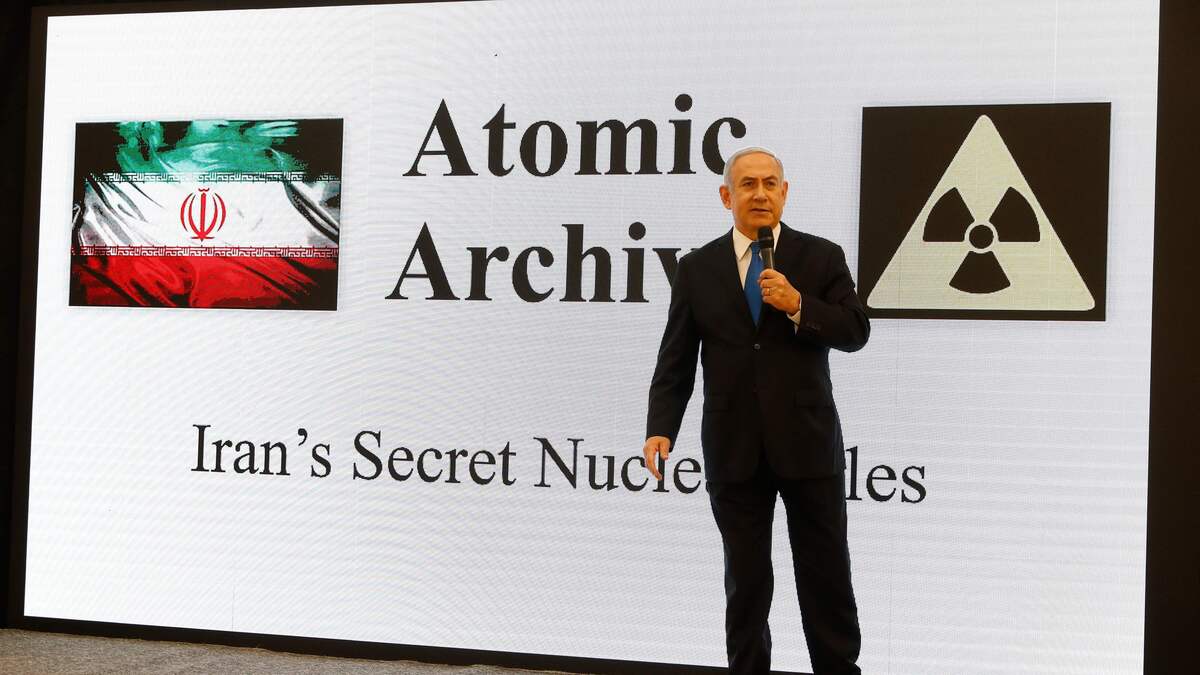 This week, as President Trump once again considers withdrawing from the 2015 nuclear deal with Iran, Israel announced a trove of intelligence about Tehran’s former nuclear weapons program.

Israeli Prime Minister Benjamin Netanyahu presented evidence that in the years before the nuclear agreement, Iran was working on nuclear weapons while claiming to be pursuing civilian nuclear power. Netanyahu did not allege that the program has been active since the deal began, but said the documents proved the deal was “based on lies.”

But supporters of the deal, including officials from European governments, say the documents simply prove what they already knew — that Iran was lying about its nuclear ambitions. In fact, that was the motivation behind the deal, according to Germany and the U.K. And France said that Israel’s revelations only make the accord between Iran and six world powers more pertinent.

As for how President Trump will respond, time will tell.

Netanyahu announced the data in a presentation in English on Monday, with a slideshow that, at one point, just read “Iran lied” in gigantic letters. He said Israeli intelligence had obtained thousands of files of Iran’s atomic archives from what looked like “a dilapidated warehouse” in Tehran.

With those files, Israel can prove that Iran had “a comprehensive program to design, build and test nuclear weapons,” Netanyahu said.

The International Atomic Energy Agency, which inspects Iran’s nuclear program under the deal, reiterated on Tuesday that it has found no credible evidence that Iran pursued a nuclear weapon after 2009.

And nothing in Netanyahu’s speech this week suggests that Iran is currently attempting to build a nuclear weapon — as Ron Dermer, Israel’s ambassador to the U.S., acknowledged in an interview with NPR on Tuesday.

But Dermer said the documents do show that Iran has had “an active program of concealing their nuclear weapons program,” and that while governed by the nuclear deal, Tehran purposefully hid information about its past behavior. He questioned whether inspection could adequately keep Iran from developing weapons in the future.

“I don’t want to trivialize for a minute Israeli security concerns about Iran’s conventional or unconventional weapons, or their commitment or intention to develop a nuclear weapons program,” Aaron David Miller, a former State Department analyst and Mideast peace negotiator, told NPR on Tuesday. “But the reality is the prime minister’s presentation really didn’t provide much new evidence.”

Israel has long considered Iran an existential threat, and lobbied hard against the Iran deal.

Trump, meanwhile, has been a vocal critic of the deal, which was negotiated by the Obama administration and foreign ministers from Iran, Russia, China, U.K., France and Germany. But he’s previously opted to continue to follow the terms of the agreement, which means lifting some sanctions on Iran in exchange for Iran allowing international inspectors to access its nuclear facilities.

Under U.S. law, the president is required to certify Iran’s compliance with the deal every 90 days, and issue waivers on certain sanctions every 120 days. The next deadline is May 12.

Secretary of State Mike Pompeo released a statement saying that he had personally reviewed many of the files, which Israel shared with the U.S.

“What this means is the deal was not constructed on a foundation of good faith or transparency,” Pompeo said. “It was built on Iran’s lies.”

Other world leaders agree that Iran was lying — but say that’s precisely why they struck a deal allowing for inspections.

“We have never been naive about Iran and its nuclear intentions,” a British government spokesman said, according to the BBC. “That is why the IAEA inspection regime agreed as part of the Iran nuclear deal is one of the most extensive and robust in the history of international nuclear accords.”

“The Iran nuclear deal is not based on trust about Iran’s intentions; rather it is based on tough verification,” he said. “The fact that Iran conducted sensitive research in secret until 2003 shows why we need the intrusive inspections allowed by the Iran nuclear deal today … that is another good reason for keeping the deal.”

“It is clear that the international community had doubts that Iran was carrying out an exclusively peaceful nuclear program,” a German government spokesman said, as translated by Reuters. “It was for this reason the nuclear accord was signed in 2015.”

“The relevance of this agreement is heightened by the information Israel has presented,” a spokesperson for the French foreign ministry said. “All activities linked to the development of a nuclear weapon are permanently banned by the agreement.”

French President Emmanuel Macron, on a visit to Washington, D.C., last week, attempted to persuade Trump to stick with the deal and try to strengthen it, rather than scrap it.

As NPR’s Will Dobson reported, Macron did not believe he was successful in shifting the president’s position: “When asked if he thought that Trump would walk away from the Iran nuclear deal, Macron told a small gathering of journalists, ‘That’s my bet.’ “