The people of Ireland voted overwhelmingly to repeal its restrictive abortion ban by changing the country’s constitution.

The results were announced Saturday evening, local time: Out of more than 3 million people who participated in Friday’s referendum to overturn the Eighth Amendment, which bans nearly all abortion in the socially conservative country, 66.4 percent voted for repeal and 33.6 percent voted against it.

People of all ages gathered outside the Dublin Castle to await the final news, holding posters, swaying their arms and singing a new version of What’s Up by American rock band 4 Non Blondes: “And I said hey yeah yeah yeah, hey yeah yeah, I said hey. Repeal the eighth.”

The top constituencies that supported the constitutional change were in Dún Laoghaire, a suburb of Dublin (77 percent) and much of the capital city itself, reported RTÉ News.

Exit polls indicated a resounding victory for people who favored the referendum. An Irish Times/Ipsos MRBI poll late Friday suggested a “stunning victory” of 68 percent to 32 percent. Support came not only from major cities but rural areas.

Younger voters showed more support for overturning the amendment than older voters, found RTÉ exit poll projections. Among people aged 18 to 24, 87.6 percent supported the repeal, compared to 63.7 percent of people aged 50 to 64. Voters over the age of 65 were the only ones to come out against the repeal according to projections, with 58.7 percent voting “No.”

The poll also projected that about 66 percent of men and 72 percent of women supported the change.

The Irish taoiseach, or prime minister, Leo Varadkar, reveled in Saturday’s landmark decision. He said, “A quiet revolution has taken place, a great act of democracy.”

Mary Lou McDonald — Irish political party Sinn Fein’s first new leader in 34 years — tweeted, “I’m very pleased with the definitive result, the debate on the 8th was done on an all-island basis. We now need a single legal framework that allows for women to have access to the care that they need.” 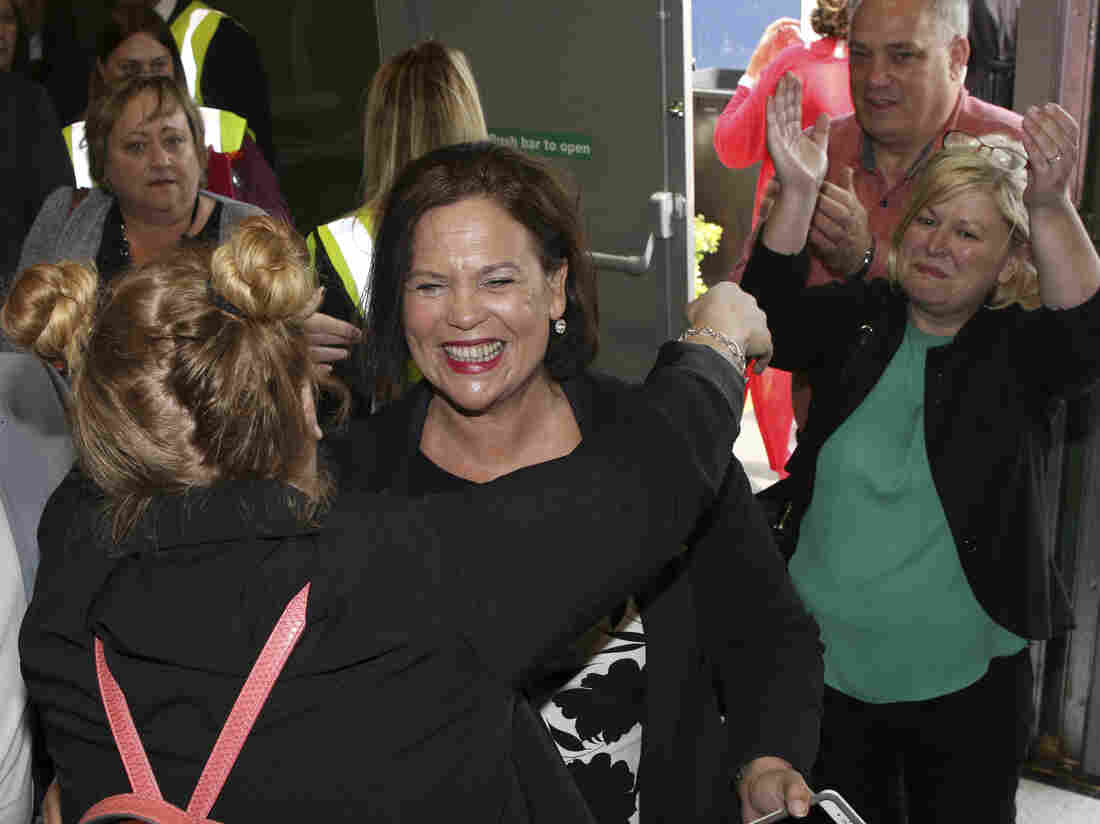 Left-wing Republican party leader Mary Lou McDonald celebrates the “Yes” campaign in Dublin as the results from the referendum began to come in on Saturday. Peter Morrison/AP hide caption 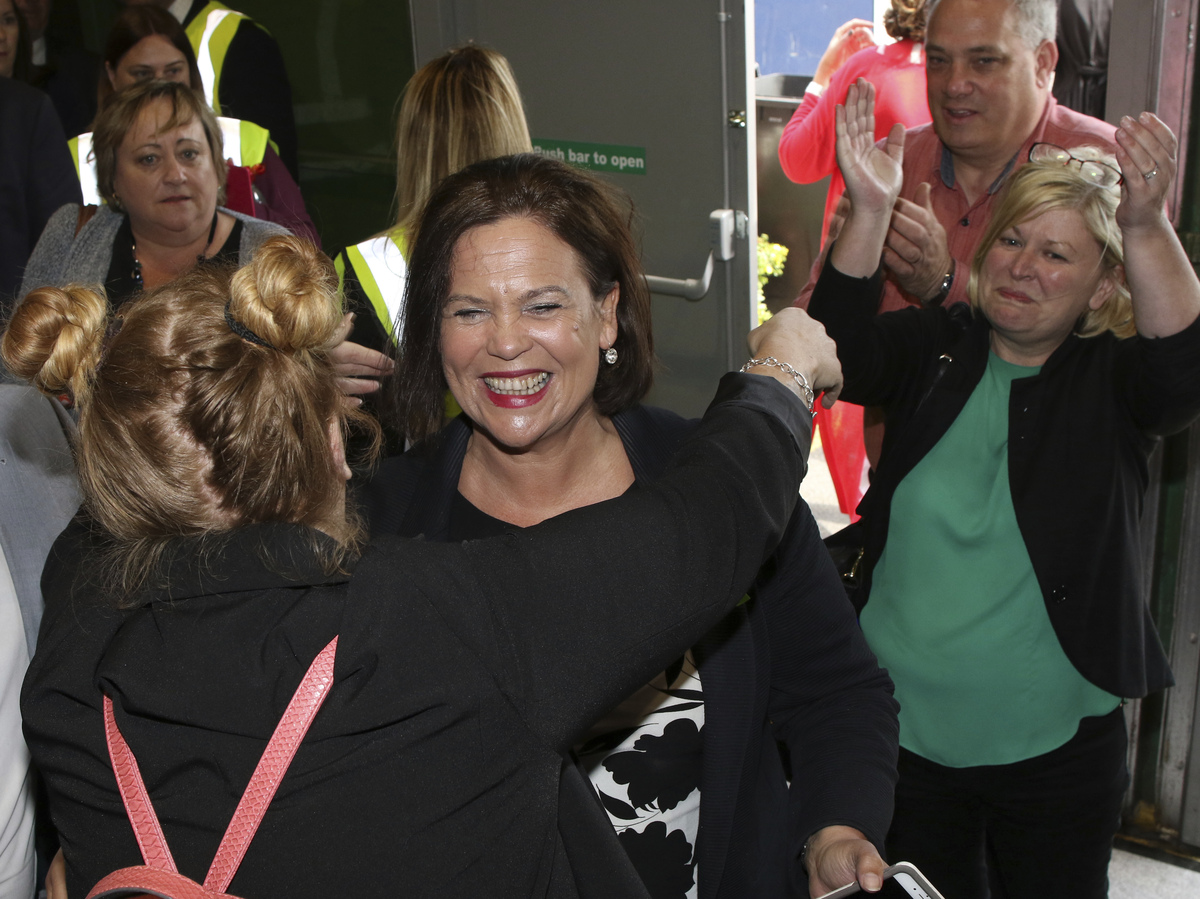 Left-wing Republican party leader Mary Lou McDonald celebrates the “Yes” campaign in Dublin as the results from the referendum began to come in on Saturday.

Dr. Peter Boylan, chairman of the Institute of Obstetricians and Gynaecologists, was at the castle with fellow campaigners. In the weeks leading up to the historic vote, he incited controversy by saying that most members of the institute supported overturning the amendment.

Cora Sherlock, who campaigned on a “Love Both” pro-life platform, tweeted, “Today is a sad day for Ireland and for people who believe in genuine human rights. The struggle to defend the most vulnerable has not ended today, it’s just changed. Thank you to all the incredible people who worked so hard to protect women and save babies. We fight on.”

A week prior to the vote, polls showed the “yes” side was ahead but that its lead had narrowed from earlier surveys.

Abortion was illegal in Ireland long before the eighth amendment was voted into the constitution through a public referendum in 1983. But Catholic groups sought to solidify the provisions after Roe v. Wade made abortion in the United States legal in the 1970s.

The Catholic church remained quiet during the country’s heated debate this spring, and today’s clear embrace of abortion rights undermines its legacy. “It is the final nail in the coffin for them. They’re no longer the pillar of society, and their hopes of re-establishing themselves are gone,” Gail McElroy, a professor of politics at Trinity College Dublin, told The New York Times.

Ireland has loosened other social constraints since the ’90s by legalizing easier access to contraception, divorce, homosexuality and same-sex marriage.

Saturday’s outcome paves the way for new legislation that will let thousands of women, who travel abroad for abortions or take illegal drugs to induce them, the ability to seek out safe procedures in their home country.

Lawmakers say they hope to have a new law in place by the end of the year.