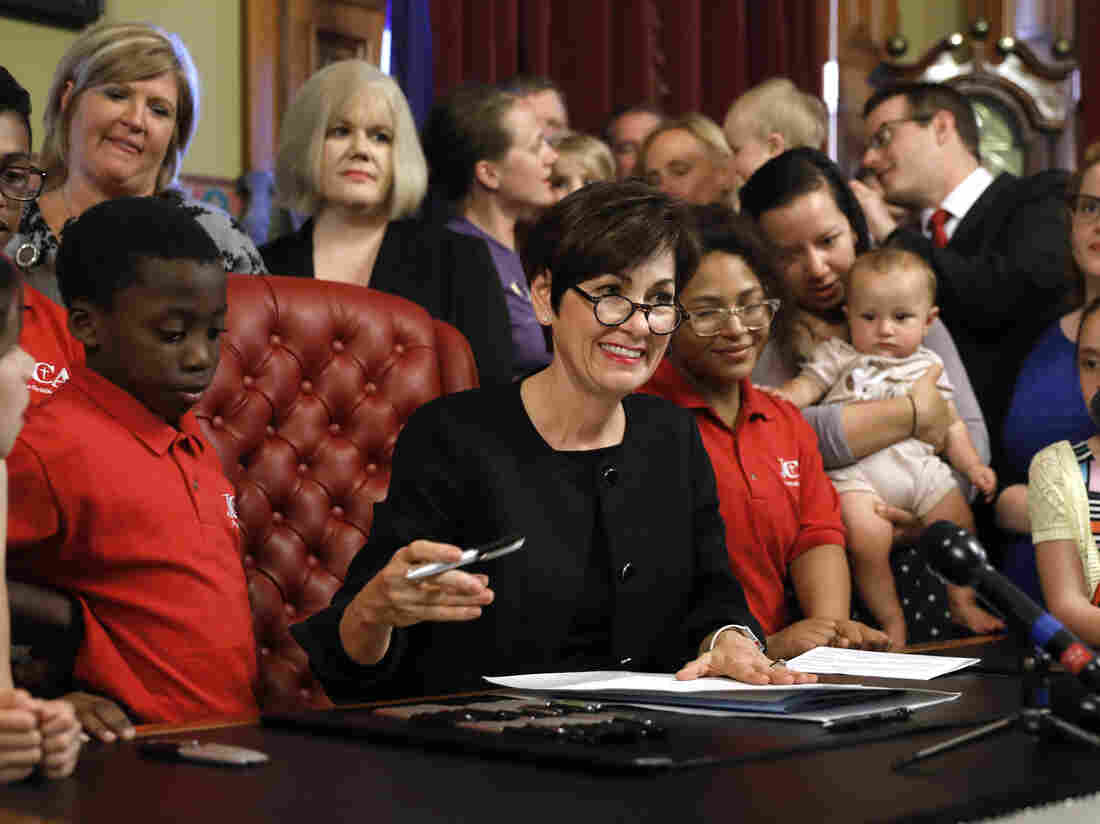 Iowa Gov. Kim Reynolds signed the most restrictive abortion bill into law on Friday, setting the state up for a lengthy challenge in court. Charlie Neibergall/AP hide caption 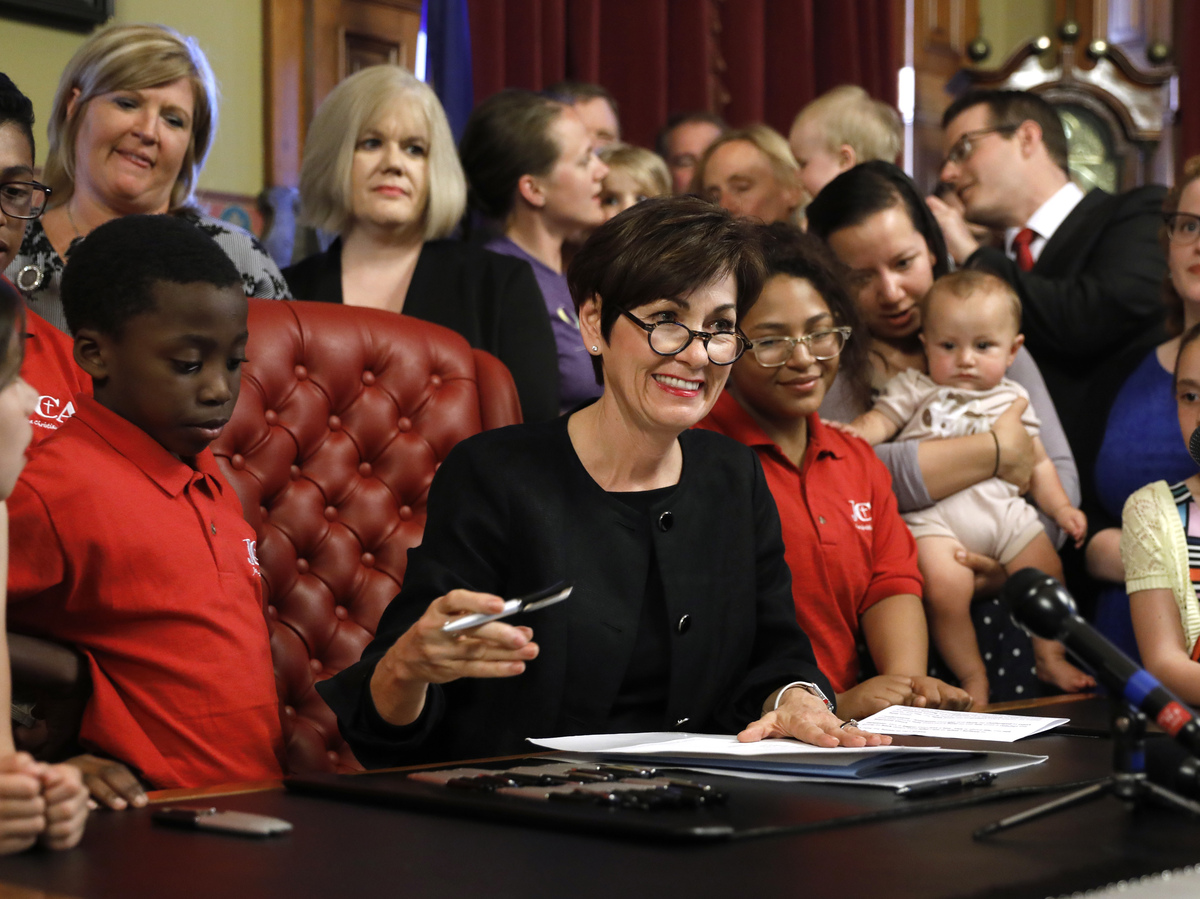 Iowa Gov. Kim Reynolds signed the most restrictive abortion bill into law on Friday, setting the state up for a lengthy challenge in court.

Iowa Gov. Kim Reynolds signed one of the country’s most restrictive abortion bills into law on Friday.

The so-called “heartbeat” legislation bans abortions once a fetal heartbeat has been detected, at about six weeks of pregnancy. Exceptions are made in cases of rape, incest or medical emergency.

Republican state lawmakers worked late into the night this week to push the measure forward. During Tuesday’s debate in the State House, Rep. Sandy Salmon said, “A baby has become something we can throw away. This bill says it’s time to change the way we think about unborn life.”

The bill passed the state House on Tuesday and the state Senate early Wednesday. Then it landed on Reynolds’s desk.

“I understand that not everyone will agree with this decision,” Reynolds said in a written statement. “But if death is determined when a heart stops beating, then doesn’t a beating heart indicate life? For me, it is immoral to stop an innocent beating heart.”

The legislation drew firm Republican support. Iowa Sen. Joni Ernst tweeted, “Glad to see Iowa leading the way and standing up for the most vulnerable in our society, the unborn. Thank you @IAGovernor for taking this important step forward in protecting life.”

No Democrats voted for the bill. “This unconstitutional bill is nothing but a thinly veiled attack on Iowa women’s most basic rights and freedoms – every woman deserves the fundamental right to make decisions about her own body with her doctor,” Democratic National Committee Women’s Media Director Elizabeth Renda said in a written statement.

Iowa has permitted most abortions up to 20 weeks. Critics of the new law say the six-week deadline will prohibit abortions before women may even realize they are pregnant. 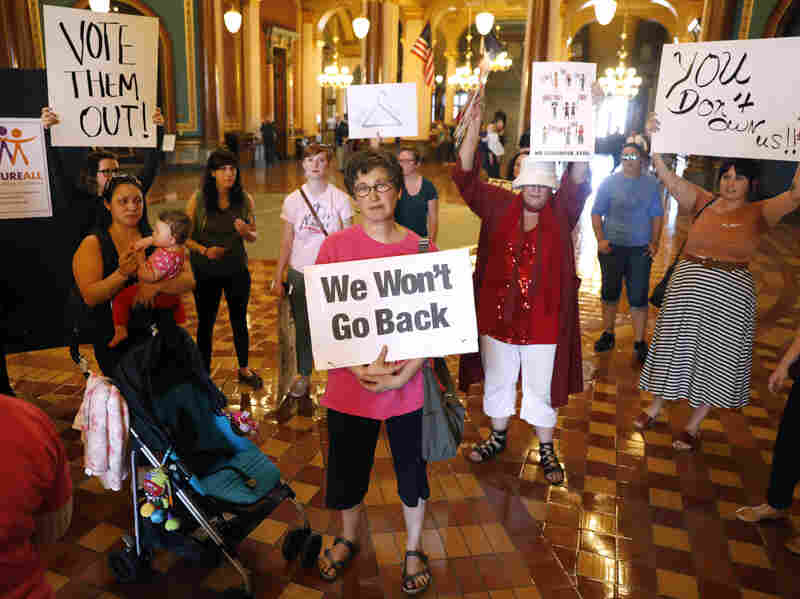 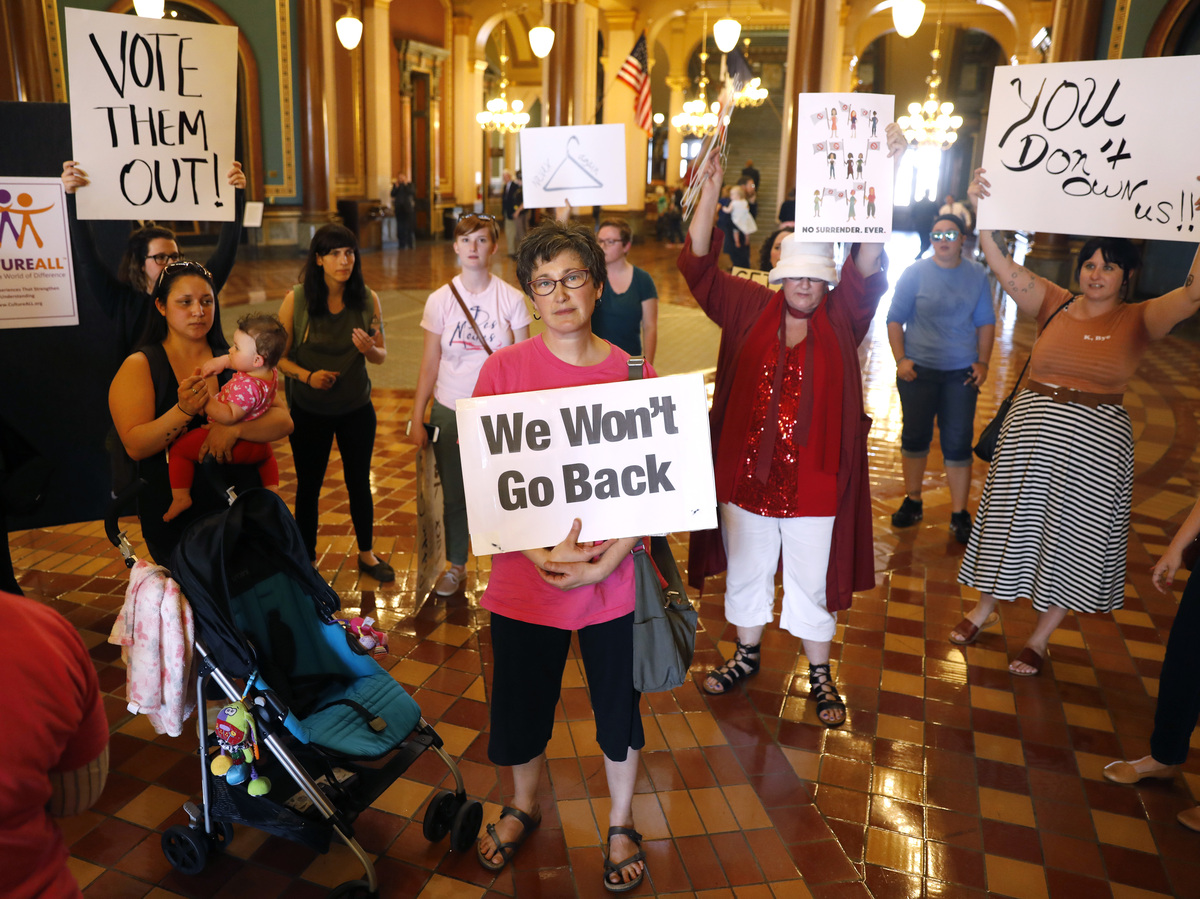 “The likelihood that an individual can miss her period, get a pregnancy test, then make an appointment to see an abortion provider, take time off of work if she’s working, find childcare for her other children, get in to get her abortion and have all of that done prior to a six-week time period is absolutely unrealistic and unreasonable,” said Dr. Jamila Perritt, a fellow with Physicians for Reproductive Health which advocates for contraception and abortion.

Perritt said the law is simply designed to limit access to abortion. “The reality is that it’s justice by geography. Abortion is legal in this country.”

At a rally on Friday at the Iowa State Capitol, Suzanna de Baca, president and CEO of Planned Parenthood of the Heartland, said that the organization would file a lawsuit against the governor if she signed the bill. The organization tweeted, “We will fight like hell with everything we have.”

Reynolds knew that her signature would be incendiary. “I understand and anticipate that this will likely be challenged in court, and that courts may even put a hold on the law until it reaches the Supreme Court,” she said in the statement. “However, this is bigger than just a law. This is about life. I am not going to back down from who I am or what I believe in.”

According to Planned Parenthood, the law will not go into effect until July 1, “and that is only if the courts don’t intervene first.”