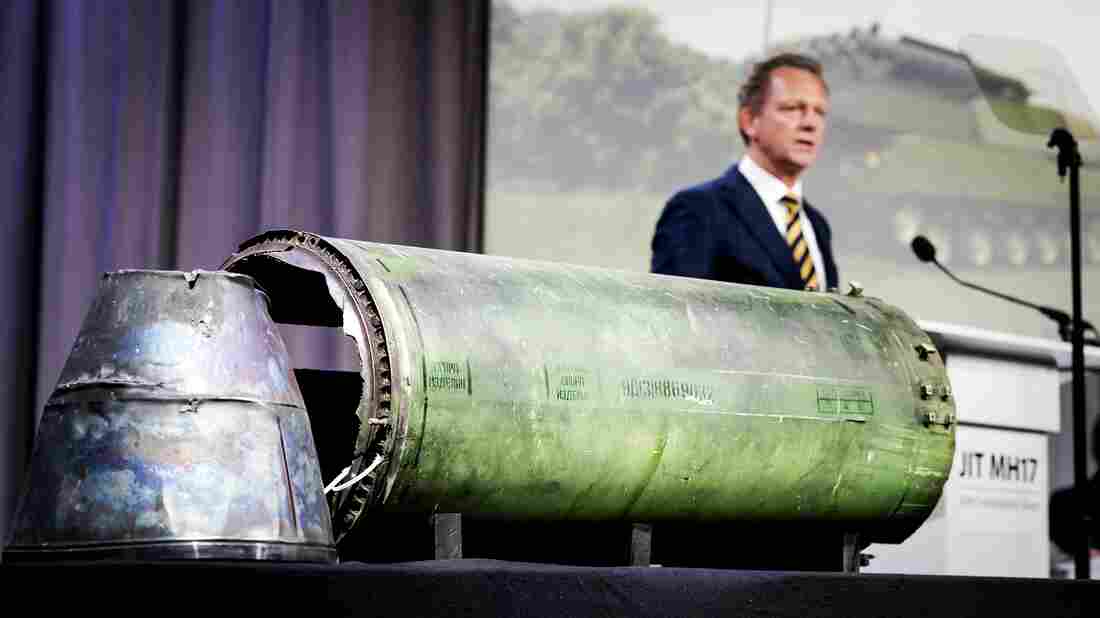 Head prosecutor Fred Westerbeke speaks next to a part of the Buk rocket that was fired on flight MH17 during the news conference of the Joint Investigation Team, in Bunnik, Netherlands on Thursday. Robin Van Lonkhuijsen/AFP/Getty Images hide caption 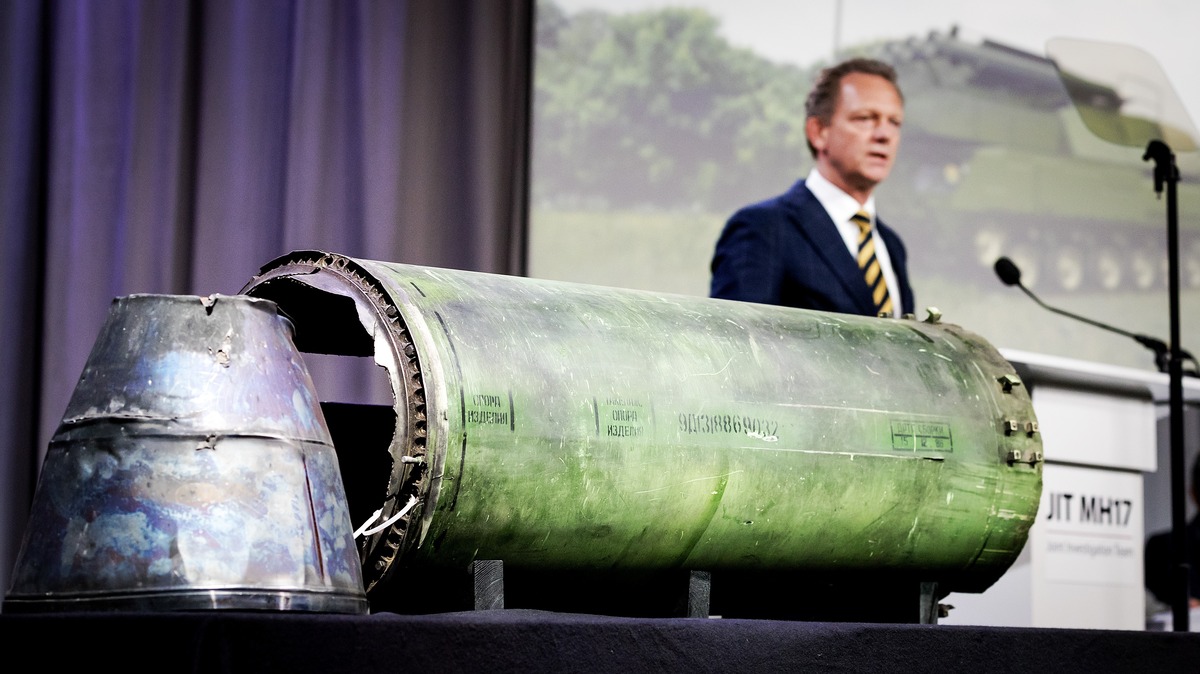 Head prosecutor Fred Westerbeke speaks next to a part of the Buk rocket that was fired on flight MH17 during the news conference of the Joint Investigation Team, in Bunnik, Netherlands on Thursday.

Investigators looking into the downing of Malaysian Airlines Flight 17, which was shot down over eastern Ukraine in July 2014, say the Russian missile that hit the plane originated from a Russian military unit.

The flight crashed, killing all 298 people aboard. Moscow has denied being responsible.

In 2016, investigators with the Joint Investigation Team — including representatives from Australia, Belgium, Malaysia, the Netherlands and Ukraine — said a Russian Buk missile was fired from a part of eastern Ukraine controlled by pro-Russian separatists. Investigators said the missile launcher was brought over the border from Russia and then returned to Russia afterward.

Wilbert Paulissen of the Dutch National Police said at a news conference in the Netherlands Thursday that investigators “scrutinized images” and established a “type of fingerprint” of where the missile came from.

The missile “originated” from Russia’s 53rd anti-aircraft missile brigade from the city of Kursk in western Russia, Paulissen said — a “part of the Russian armed forces.”

This runs counter to Russia’s claim that no Russian military forces or equipment were used across the border in Ukraine.

Russia annexed the Ukrainian territory of Crimea in 2014 and has supported pro-Russian separatists in an ongoing war in the country’s contested eastern territories.

The investigators’ findings support earlier conclusions from the U.K. “citizen investigative journalist” group Bellingcat, which said more than two years ago that photographs from the day the plane was shot down linked the Buk missile to Russia’s 53rd brigade in Kursk, as NPR’s Corey Flintoff wrote at the time.

Paulissen said Thursday that the brigade consisted of three battalions with “a few hundred people at least” working on the staff in 2014.

In their 2016 announcement, the investigative team said they identified more than 100 people who could be linked to the missile’s firing. They now say they’ve narrowed their list to several dozen.

Chief prosecutor Fred Westerbeke called on members of the public to assist with providing more information about the incident.

The announcement came two days after family members of some of those killed on the flight published an open letter in the Russian news site Novaya Gazeta, saying they “do not blame the Russian people for what happened,” but that “the Russian state and its leaders [are] ultimately responsible for the deaths of our family members. All the credible evidence points in that direction.”