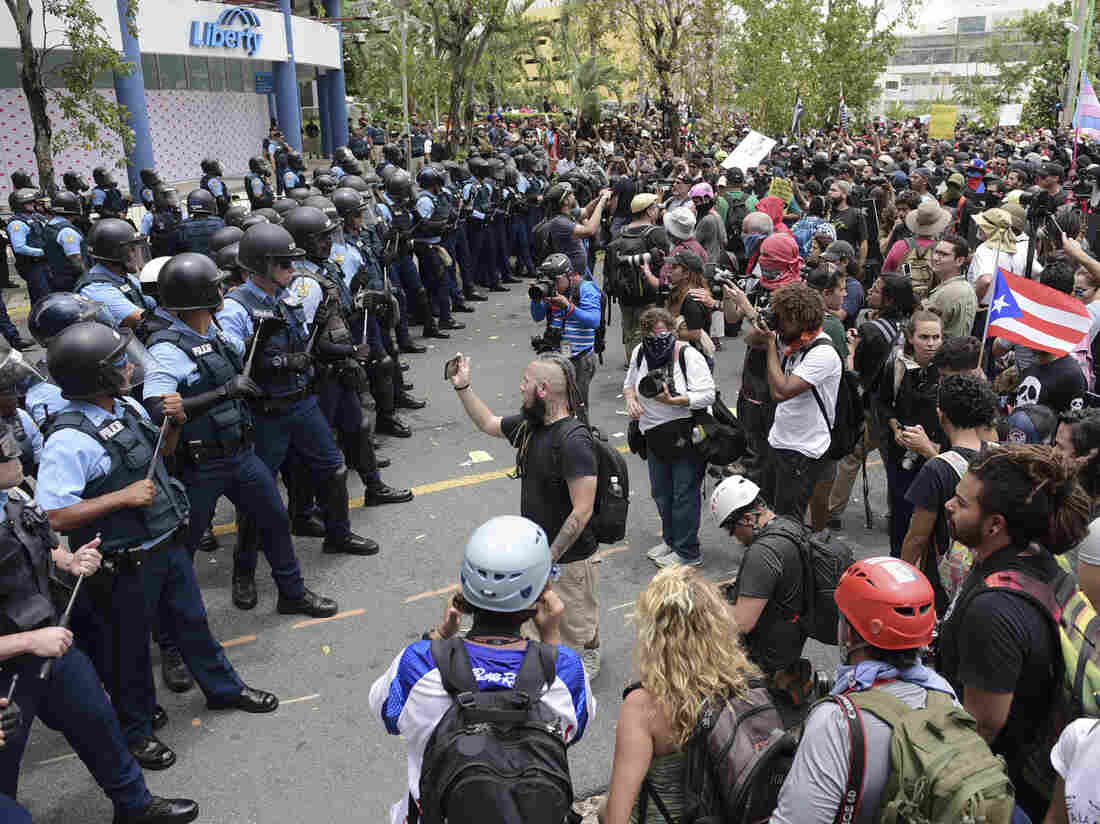 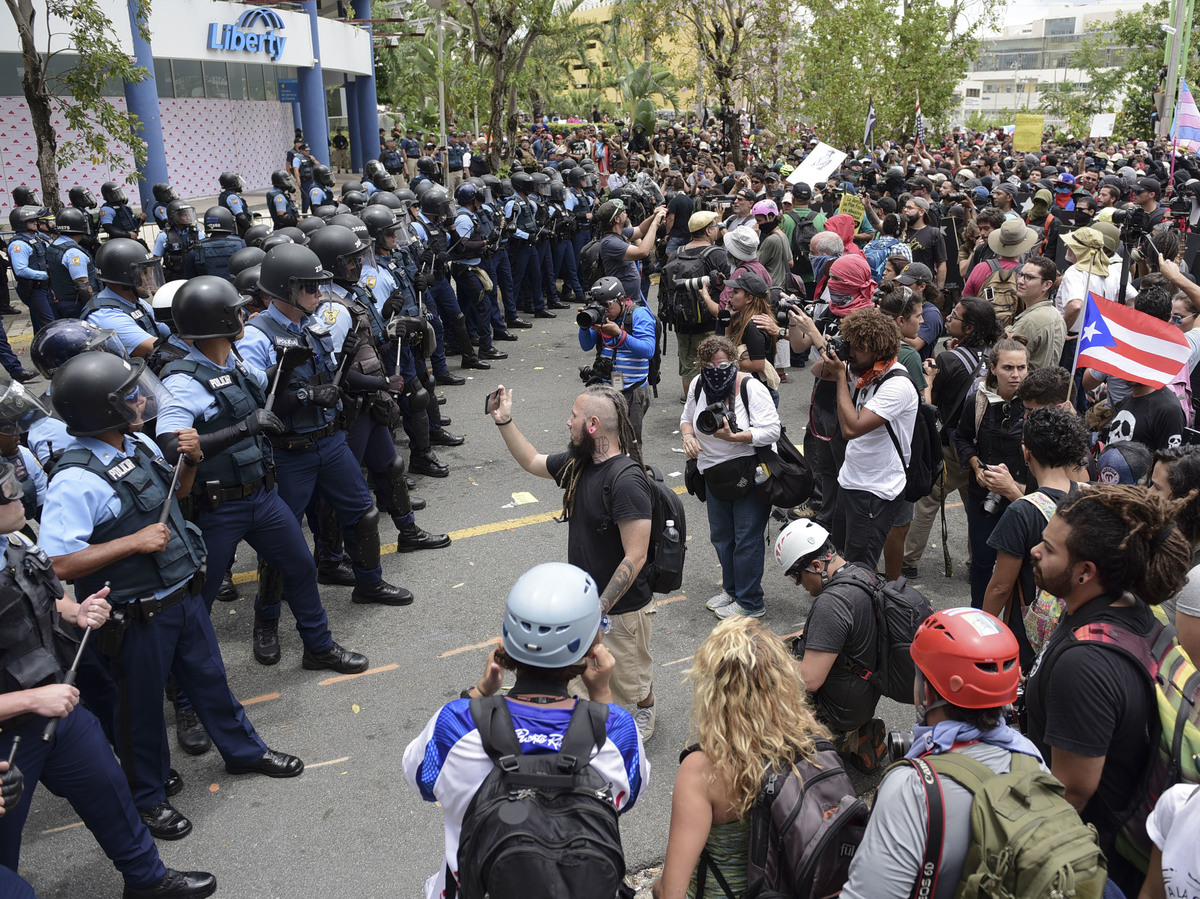 Police form a barrier against protesters during a May Day march to protest pension cuts, school closures and slow hurricane recovery efforts, in San Juan, Puerto Rico, Tuesday, May 1, 2018.

Severe government austerity measures designed to jolt Puerto Rico out of an 11-year recession propelled thousands of protesters into the streets across the island’s capital on Tuesday in a series of marches that ended in chaos.

Rallies that began in different parts of the city remained largely peaceful throughout the day as students, teachers, government employees and private sector workers wound their way through the streets to converge in the downtown area. But the demonstrations ended in gasps, tears and fits of coughing after police fired gas canisters into crowds who had come up against their barricades.

In recent days, police and protesters had agreed on the route the marchers would take around San Juan’s financial district. But what began as a cooperative process turned contentious as the afternoon wore on. Police officials said some protesters deviated from the previously negotiated route.

Faced with a line of heavily armored police officers, some demonstrators tried to force their way through the barrier. Police responded by firing tear gas into the crowd. That sent people screaming as they fled for cover. At least one journalist reported being struck by a rubber bullet fired by police.

Speaking at the governor’s mansion after the protests, Gov. Ricardo Rossello said police had no choice but to act after a small group of agitators hurled rocks and bottles at them.

“Freedom of expression cannot come at the expense of people’s safety and well being,” the governor said, holding up a rock he said had been hurled by protesters. “This kind of violence damages the good name of Puerto Rico.”

But Vanessa Rivera, a 25-year-old university student who was overcome by the gas, called the police’s actions “an injustice.”

She told NPR she’s angry that the Puerto Rican government continues to capitulate to the demands of a federal oversight board that has demanded the island make cuts to government pensions, public health programs and schools.

“The financial oversight board acts as if they control us,” she said. “It’s as if they can say what whatever they want and that’s what has to happen.”

Puerto Rico has been in a recession for more than a decade, and for years its government has been buckling under the weight of the more than $70 billion that it owes to Wall Street bondholders.

In 2016, Congress passed a law allowing the island territory to seek protection from its creditors through a process akin to a municipal bankruptcy. But the legislation also created the Financial Oversight and Management Board for Puerto Rico, whose seven members were given immense power over the island’s finances.

During the press conference Rosello said he shared many of the protesters’ frustrations.

“The fiscal oversight board tries to ram policy measures down our throats,” he said.

Nonetheless, the governor has agreed to implement most of the austerity measures.

“It’s important for everybody to realize that Puerto Rico doesn’t have any credit,” he said. “We don’t have a printing machine for money. When the money is over, it’s over.”