Two cylinders that were dropped on the rebel-held Syrian city of Saraqeb in February – sending nearly a dozen people to seek medical help for nausea and other symptoms – had contained chlorine, according to the Organization for the Prohibition of Chemical Weapons. 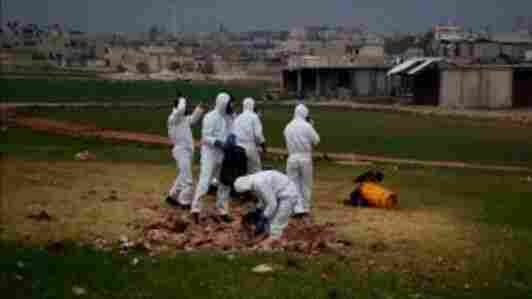 A team samples the impact site of a cylinder that contained chlorine gas, which was dropped on a field in the rebel-held Syrian city of Saraqeb on Feb. 4. OPCW hide caption

After a visit to the site, the OPCW says, its fact-finding mission has confirmed “that chlorine was likely used as a chemical weapon” on Feb. 4 in Saraqeb, a small city that’s about 12 miles southeast of Idlib. It also used evidence that was gathered by several non-governmental organizations.

The report comes days after OPCW inspectors wrapped up their trip to Douma, where a suspected chemical weapons attack killed more than 40 people in April. U.S. officials have said chlorine and another nerve gas may have been used in Douma. In retaliation for that incident, the U.S. and its allies hit Syria with airstrikes.

The OPCW report did not assign blame for the Saraqeb incident, other than noting that at the time, “the city was not under government control.”

The apparent attack took place shortly after 9 p.m., when witnesses reported a helicopter flying over the the Al Talil neighborhood. Two “barrel” cylinders were dropped onto an open field. Soon afterwards, eight men who had been taking shelter in a nearby basement grew ill. A pungent odor filled the structure, they said, and they “immediately developed shortness of breath, nausea, and a burning sensation in the eyes,” according to the OPCW report.

“Witnesses reported being notified of the possible use of toxic gases and were advised to go to higher ground. They headed to the rooftop of an adjacent building,” the report states. “On the way upstairs, a few of them lost consciousness and others struggled to reach the roof. They reported helping each other climb the stairs and using cloths to cover their mouth and nose. They also reported calling for rescue via a hand-held radio.” 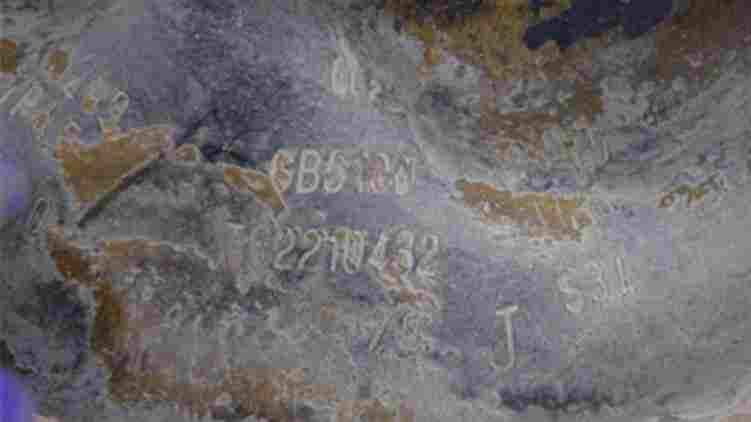 Markings and stamps are clearly visible on cylinders that were likely used in a chemical weapons attack, including “CL2” — denoting chlorine gas. OPCW hide caption 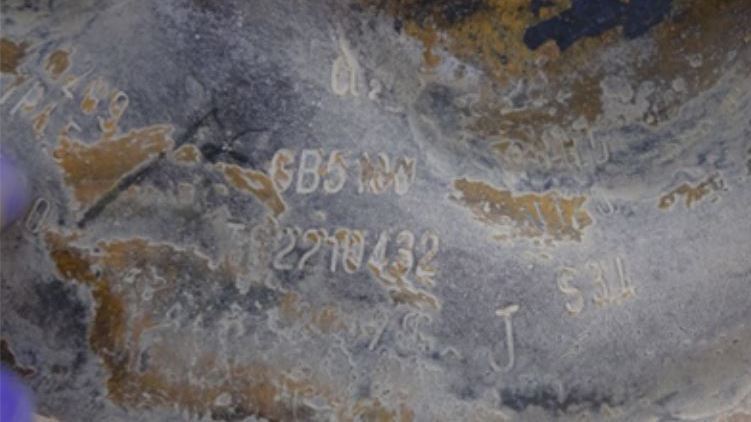 Markings and stamps are clearly visible on cylinders that were likely used in a chemical weapons attack, including “CL2” — denoting chlorine gas.

Rescue personnel came to the area and took 11 men to a medical facility (details about that facility were not shared, out of security concerns). They received oxygen and other treatment; within hours, they had all recovered enough to be discharged.

To reconstruct what happened, OPCW inspectors took samples from the ground around the impact spots where the two cylinders hit. They also examined the cylinders themselves, which were roughly 55 inches long and 14 inches wide.

“At the top part of both cylinders stamped markings were still visible. Among the various stamps was the alphanumeric CL2” — denoting chlorine gas — the report states.