For the majority of the West Brom squad, it is fair to say that they have had a season to forget in 2017/18. However, in the case of Jay Rodriguez one could say that despite his team’s relegation he is well on the road to becoming the player he threatened to be before his horrific injury in 2014.

Of Spanish descent, Rodriguez’s father trialled for Deportivo La Coruña before moving to Burnley in the early 1980s and Jay Rodriguez began his career with the Clarets. The young forward burst onto the scene in 2009, earning the goal of the season for his wonderstrike against Nottingham Forest in the same year.

Rodriguez was more so known as a poacher in his early days at Turf Moor, and during his four years at the club the striker scored an impressive 41 goals in 128 games in all competitions, a sign of things to come.

The Englishman’s performances for his boyhood club earned him a £7m move in the summer of 2012 to Southampton. Despite a shaky start under Nigel Adkins, it was to be current Tottenham Hotspur boss Mauricio Pochettino that would bring out the best in Rodriguez, with the Argentine moving Rodriguez out wide to utilise his pace and dribbling ability.

Along with fellow Englishmen Adam Lallana, Rickie Lambert and Luke Shaw, Rodriguez shone under the Argentine manager and in November 2013 the forward made his first appearance for the England senior team.

In sparkling form, with 15 goals in the league, it looked nailed on that Rodriguez would be on the plane to Brazil and on the move in the summer to one of the top clubs in England, what came next, however, was heartbreaking.

However, at the beginning of April 2014, Rodriguez was stretchered off against Manchester City and after the game it was revealed that the forward had ruptured an anterior cruciate ligament and would be out for eleven months, effectively ruling him out of the World Cup in the process.

Rodriguez missed the entire 2014/15 season and returned to the Saints starting lineup on August 6, 2015. Despite making his return from injury, Rodriguez failed to make an impact in what was a very different team to that of two years before. 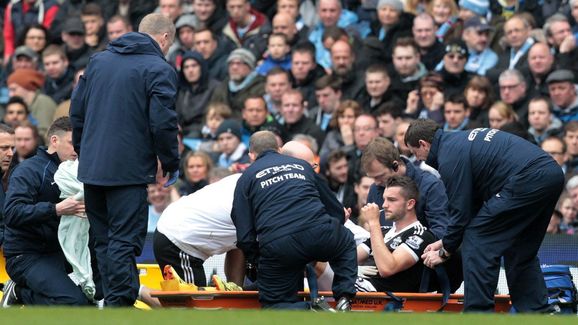 As his Saints career began to falter, the forward began to look for a move elsewhere, and in turn, signed for the Baggies in the summer of 2017. It turned out to be a shocking season for the Baggies, with a winless run of 20 games the lowlight.

Despite the team lacking in performance and points, Rodriguez did show glimpses throughout the campaign that he still possesses the ability to both score and create goals, finishing the season as the Baggies top goal scorer in the league with 11.

It is unlikely that the Burnley-born striker will remain at the Hawthorns next season, with many tipping the forward to be reunited with former boss Pochettino at Spurs. With that being said, however, with Harry Kane nailed on as the number one striker Rodriguez could find game time few and far between, therefore a move to a middle table side like Bournemouth or even Newcastle United could be a wiser move for a forward who is desperate to get back on track.