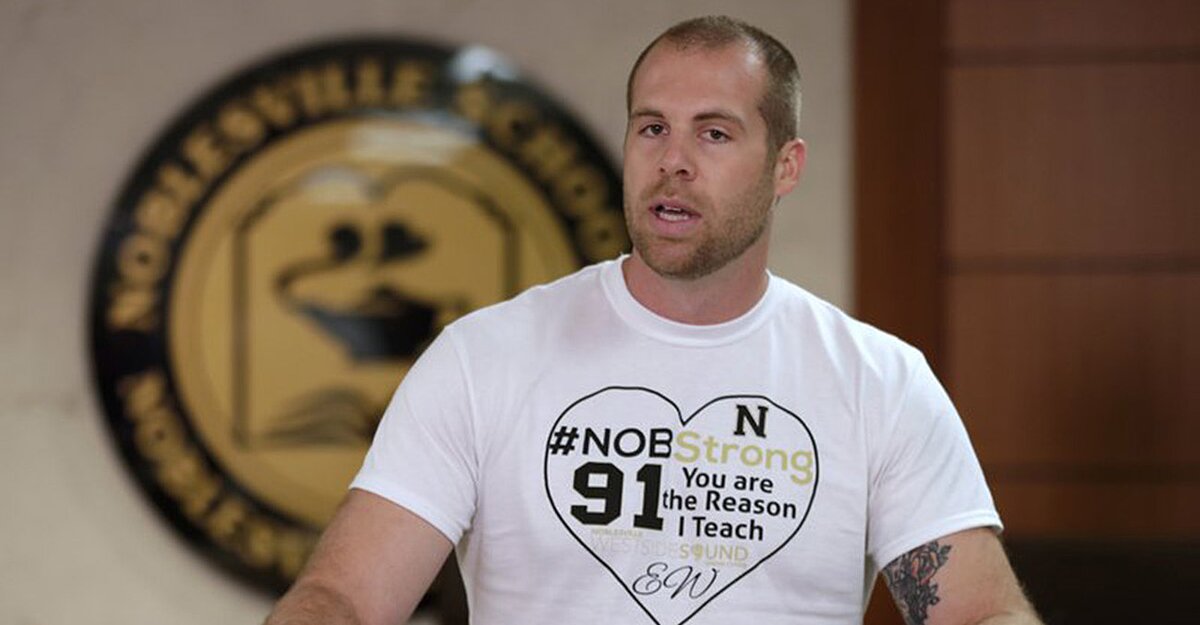 A former Southern Illinois defensive end and middle school teacher who was shot while protecting students from an active shooter last week said the “only acceptable actions” were to stop the threat and save students.

Jason Seaman, who is the coach of the school’s boys football team and a seventh-grade science teacher, was shot three times trying to stop a shooter at Noblesville West Middle School in Indiana.

“I want to make it clear that my actions on that day, in my mind, were the only acceptable actions I could have done given the circumstances,” said Seaman during a news conference on Monday. “I deeply care for my students and their well-being. That is why I did what I did that day.”

Whistler is currently in critical but stable condition. Seaman, 29, underwent surgery last Friday and was released from the hospital the next day.

“Her courage and strength at such a young age is nothing short of remarkable,” Seaman said of Whistler. “We all should continue to keep her in our minds as she continues to recover.”

Seaman did not take questions from reporters at the news conference.

A GoFundMe page has been set up for Seaman and has raised more than $66,000.

“I can’t really fathom how someone I have not personally met would do such an act of kindness and how the Noblesville community has been so generous in their response to it,” Seaman said.