President Trump and Vice President Pence speak to the National Rifle Association in Dallas Friday. It’s the second year in a row Trump has addressed the gun lobby organization, which was a strong backer of his 2016 campaign.

“You came through for me, and I’m going to come through for you,” Trump told attendees at last year’s NRA convention in Atlanta. “The eight-year assault on your Second Amendment freedoms has come to a crashing end.”

Trump’s full-throated support for the gun lobby appeared to soften somewhat, after the February school shooting in Parkland, Fla. After meeting with families of some of the 17 people killed there, Trump flirted with gun-control measures the NRA opposes, such as raising the minimum age for long gun purchasers to 21. 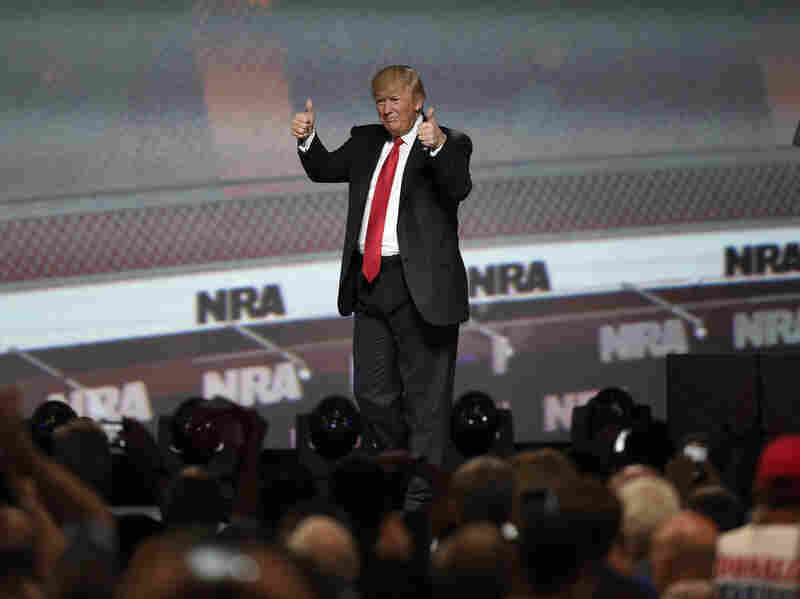 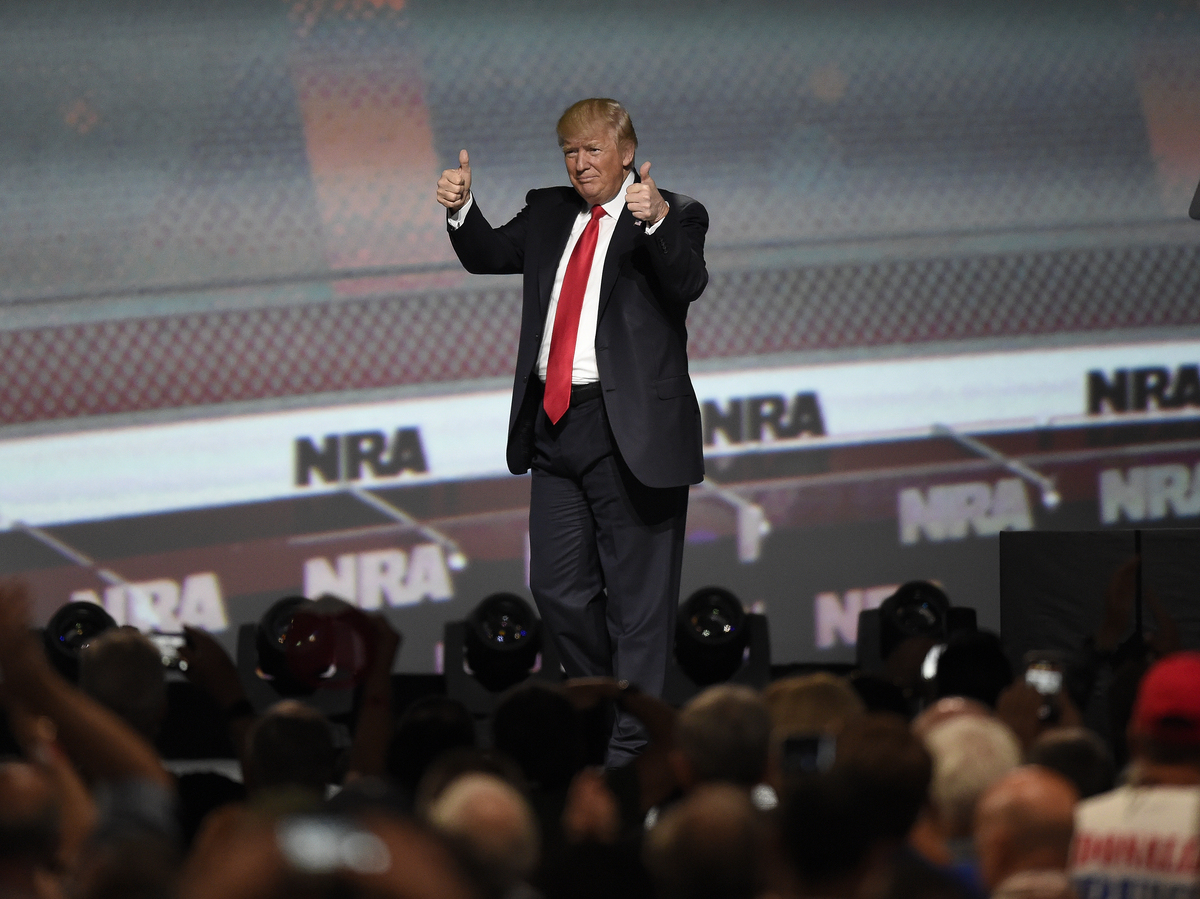 President Donald Trump speaks during the National Rifle Association forum on April 28, 2017, in Atlanta. Trump and Vice President Pence are on the speaker list for the NRA’s annual conference Friday.

At a White House meeting with lawmakers, Trump even criticized his fellow Republicans for their timid approach to gun-control legislation, suggesting they were “afraid of the NRA.”

In the end, though, the president largely hewed to the NRA position, rejecting all but the mildest gun-control measures while endorsing the idea of arming teachers and other school employees to serve as volunteer marshalls. While state lawmakers in Florida adopted a higher age limit for gun buyers, action at the federal level was shunted to a new school safety commission, which has no deadline to report.

Trump did distance himself from one NRA initiative — which would make concealed-carry permits from any state valid nationwide. While the GOP-controlled House passed the measure, the president has acknowledged it’s a non-starter in the closely-divided Senate.

Trump has also encouraged states to pass so-called “Red Flag” laws, which allow law enforcement to temporarily take guns away from people judged to be a danger to themselves or others. The NRA has opposed such laws in the past.