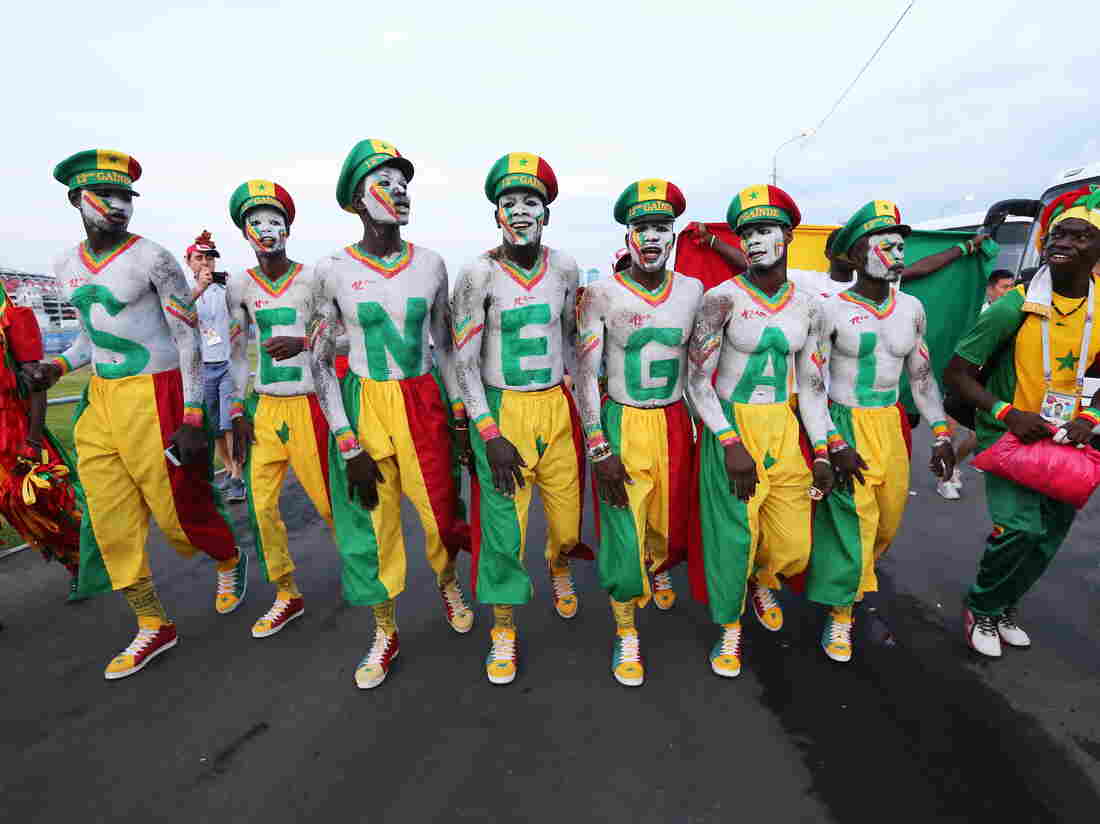 Senegalese football fans in Moscow were all decked out for their team’s game against Poland on Tuesday. Senegal won, 2-1. Alexander Ryumin/TASS hide caption 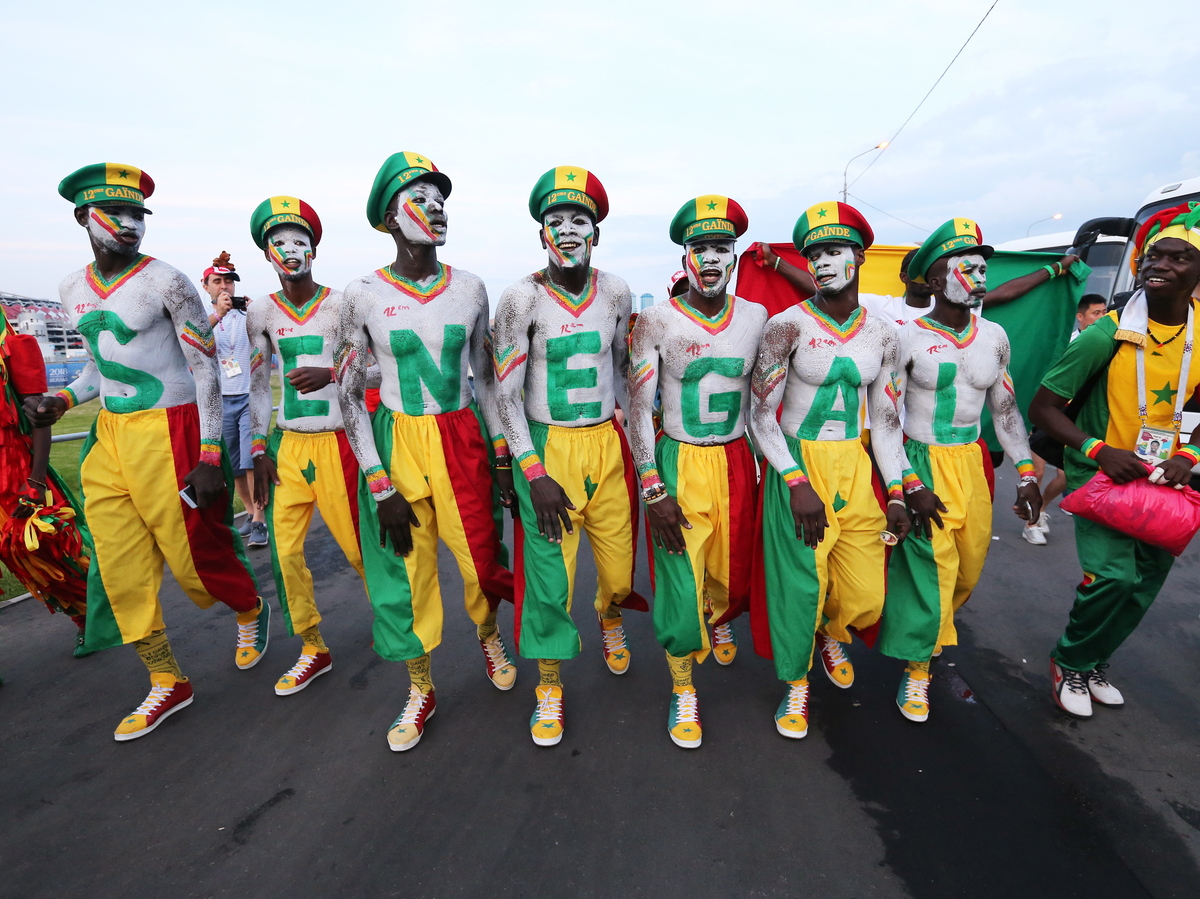 Senegalese football fans in Moscow were all decked out for their team’s game against Poland on Tuesday. Senegal won, 2-1.

Seven days into the 2018 World Cup, and fans have seen plenty of drama — both on the field and off.

As teams begin their second games of the tournament, they might heed the warning of Spain’s hastily-hired manager, Fernando Hierro: “What happened to Germany could happen to anyone.”

Here are a few of the teams and stories we’re following.

Senegal was the last of Africa’s five teams to take the pitch in this tournament — and so far the continent’s only team to win a match, with an unexpected 2-1 win over Poland.

Senegal manager Aliou Cissé acknowledged the win was important: “We are Senegal but I can guarantee that the whole of Africa is supporting Senegal. I get calls and lots of people are proud. We are proud to represent the African continent.”

Cissé was a midfielder on the 2002 Senegal squad that beat France and advanced to the quarterfinals.

“This is a great generation,” Cissé said last year during the Africa Cup of Nations. “What we’re changing is the mindset. It’s not just about playing a pass or some technical skill, it’s about raising the whole level of African football. That’s our objective.”

Aliou Cissé is me when the DJ finally plays my song and then switches to the remix before the first verse even finishes. pic.twitter.com/FMoPHmlvxL

On Tuesday, Japan pulled off a shocking 2-1 win over Colombia, after a red card in the third minute left Los Cafeteros with just 10 men on the field for the rest of the match. It was the first World Cup victory since 2010 for the Blue Samurai, and a stunning reversal of the teams’ matchup at the 2014 tournament, when Colombia won 4-1.

After the match, Japan’s fans did what they’ve become famous for: cleaning up the stands, with garbage bags they brought in themselves. In Tokyo, fans took to the streets in the Shibuya disctict and celebrated raucously.

Japan and Senegal, who face off Sunday, are suddenly at the top of their group — with favorites Colombia and Poland at the bottom.

Nothing To See Here, Just Fire

In Sunday’s Mexico-Germany game, some Mexico fans did what they often do: yelled an anti-gay slur when the goalkeeper took a goal kick.

FIFA has opened disciplinary proceedings against Mexico, but didn’t say for what, or when the hearing would be.

Star striker Javier Hernández, known as Chicharito, posted a plea Wednesday on Instagram for Mexico fans to not yell the word “puto,” slang for a male sex worker, and a term which many deem offensive. His post echoed one posted earlier by Mexico’s team on Twitter.

A Beer Shortage In Moscow?

There are sporadic reports that some places in Moscow are running low on beer, having underestimated the thirst of World Cup fans.

“We just didn’t think they would only want beer,” one waiter told Reuters, explaining that his restaurant had run out of draft lager on Monday and that deliveries were taking longer because distributors’ supplies were low.

“There are really a lot of people in Moscow … and they are all drinking,” he added. “It’s hot, and it’s football.”

A bartender told the newswire that visiting fans had consumed 800 liters of beer in three days.

“In Russian we say ‘to the bottom!’ I like that these guys are embracing our culture,” he said.