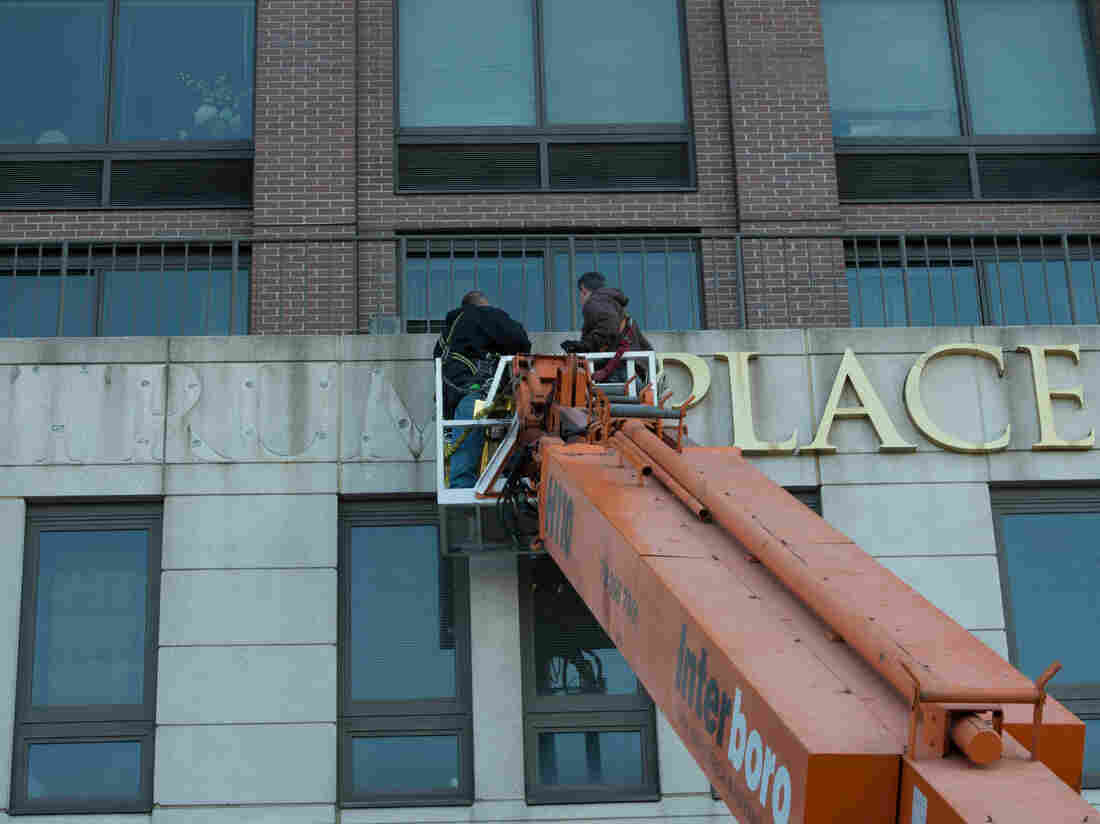 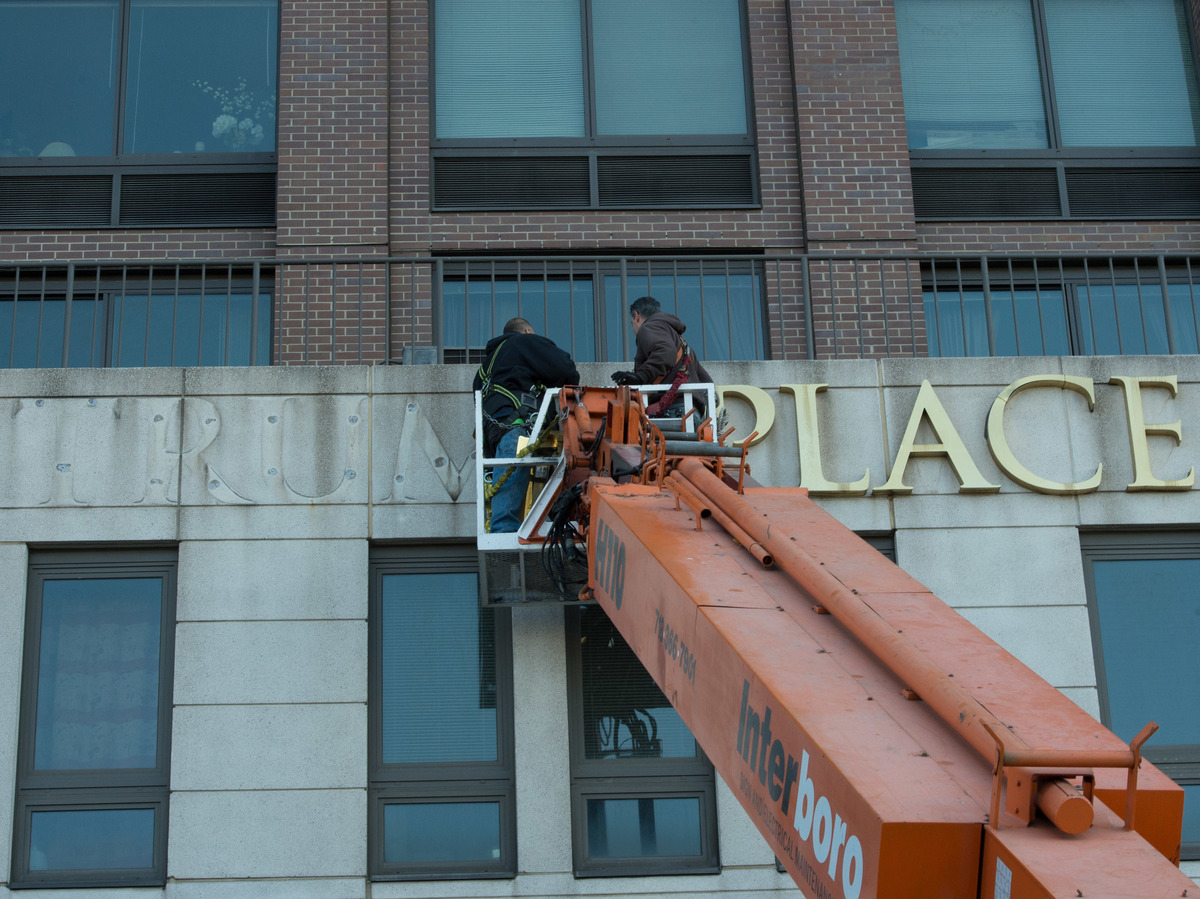 Workers remove Trump signage from Trump Place on Riverside Boulevard. on Manhattan’s West Side on Nov. 16, 2016. A separate building nearby has asked for permission to remove Trump’s name.

James Tufenkian loves everything about the 72-story glass tower where he lives on Manhattan’s East Side, near the United Nations. It has great views, a helpful and accommodating staff and is very well managed.

The only thing he doesn’t like is the name: Trump World Tower.

“I have to explain to everybody who comes to visit me that I’m sorry about the name on the building, that I live there doesn’t constitute any kind of endorsement,” says Tufenkian, who heads a New York carpet company.

New York may be the place Donald Trump calls home and made his fortune, but he remains distinctly unpopular in much of the city and lost the 2016 election to Hillary Clinton by a landslide there.

Now, there are signs the Trump name, emblazoned on high-end properties all over the city, is suffering the consequences.

Several buildings on the Upper West Side have already dropped the Trump name. The Trump Soho, a condo hotel launched with great fanfare a decade ago, is now known as the Dominick.

On Thursday, a condominium building at 200 Riverside Blvd. will ask a New York Supreme Court judge whether it has the right to drop Trump’s name if it chooses. A recent straw poll of building residents indicated that most want to do so.

The building, now known as Trump Place, is not owned by Trump, but it’s managed by the Trump Organization, which opposes the name change.

Elizabeth Holub, who owns an apartment there, says she has no complaints about the way the building, which has a highly desirable view of the Hudson River, is run.

“The reality is, it’s the best run building. It’s unbelievable. Every member of the staff. There’s no better place in the world to raise a family,” Holub says.

Still, she wishes it were named something other than Trump.

It’s not just politics that is making some buildings think about de-Trumping themselves. It’s also a matter of money.

While real estate prices have softened in much of New York over the past two years, especially at the high end, some evidence suggests that the Trump name can hurt sales.

One business official with deep knowledge of the real estate industry, who didn’t want his name used to protect his business relationships, said there’s no question Trump apartments are sitting on the market longer than they used to.

Even Trump Tower has recorded many fewer sales so far this year than it did during previous periods in 2016 and 2017, the official said.

As the home of the president, Trump Tower is guarded by the Secret Service, and residents have to endure intense security measures, which may have temporarily scared some buyers away.

But there are signs other Trump buildings in the city may also be losing value.

The online brokerage firm Zumper has studied rental prices at Trump buildings. Nathan Tondow, managing broker at the firm’s New York office, says in most cases, Trump buildings now fetch somewhat lower rents and sit on the market longer than they did two years ago.

More recently, the differences have narrowed, although Tondow says that may be due to seasonable factors.

This being New York, good apartments are always in short supply, and prospective tenants will always snatch up good deals, even when they’re named Trump, he says. But the Trump name does matter in some cases.

“We’ve had rental clients who didn’t want to see buildings, because they did have the Trump name on them. And we tried to explain that it is owned by someone else. It’s just the Trump name. And they say, “I know. But walking into that everyday just feels wrong.”

The Trump Organization did not respond to a request for comment. But the company has pushed back against the lawsuit by 200 Riverside Blvd., insisting that the building is obligated to use the Trump name.

The president’s son, Eric Trump, recently told David Fahrenthold of The Washington Post, “I will always fight vehemently against rogue individuals not only to protect our incredible owners but also to protect the legacy of a true visionary who did so much to shape the New York City skyline.”