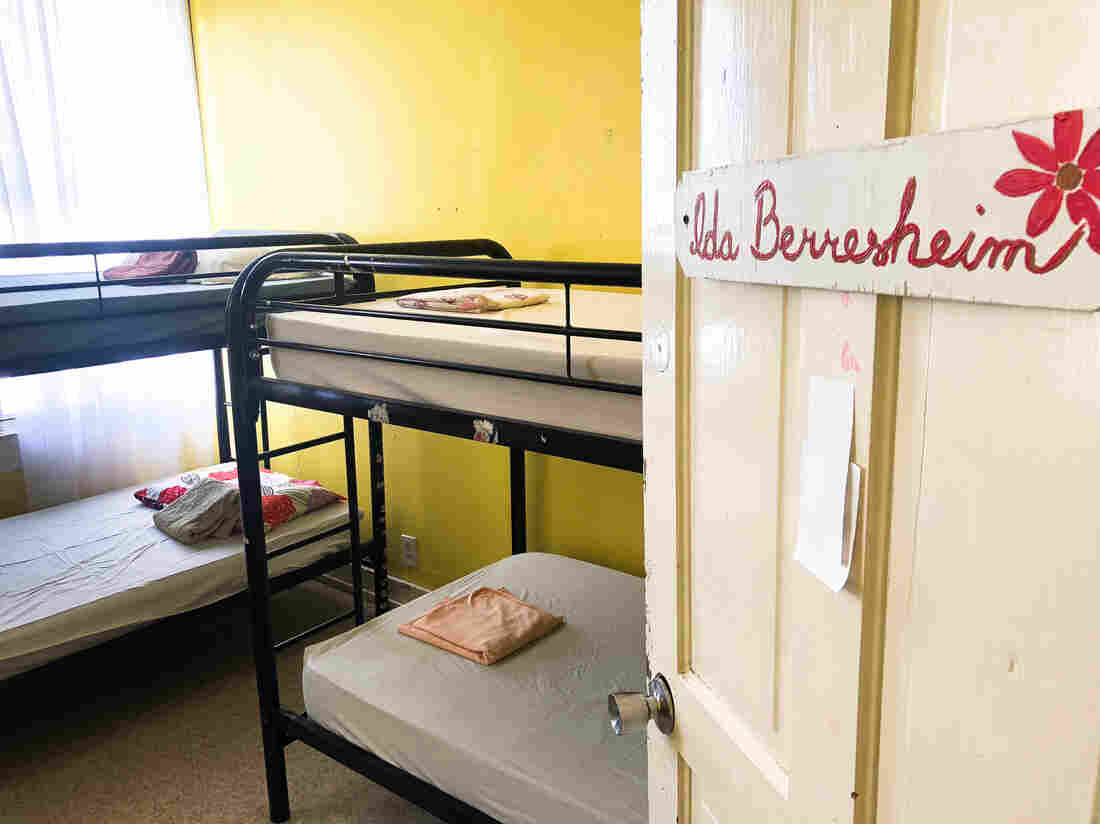 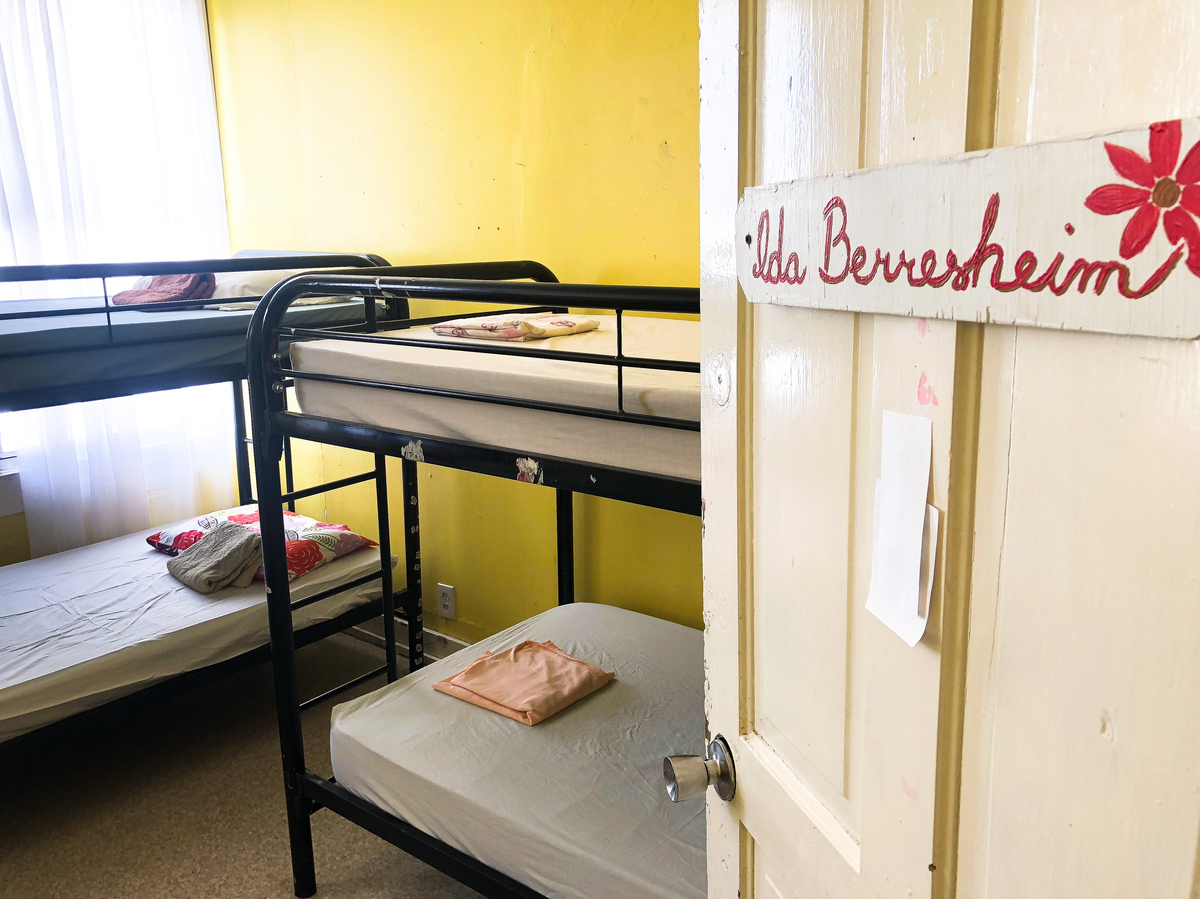 Casa Vides is a small, temporary shelter for migrants in El Paso, Texas.

When I arrived at Casa Vides, I found a nondescript two-story brick building close enough to the border that you could walk to it.

This is a place that provides refuge for two types of people: those who evaded border patrol and those who were caught, handed over to Immigration and Customs Enforcement, and then released while their cases are still pending. Casa Vides provides food, shelter and legal support to up to 40 people at a time. It’s run by the faith-based nonprofit, Annunciation House.

“My mom is an immigrant from South America so this issue has always been close to my heart,” says Daniel Rottenborn, a 19-year-old volunteering for the summer. He and 20-year-old volunteer Francis Brockman are both students at University of Notre Dame.

“For me,” Brockman says, “I’ve taken a lot of Spanish classes and so I wanted to put that to use and just the situation with immigration today, like, the political climate. It was something that I wanted to explore and learn more about. So I feel like coming to the border was a pretty obvious choice.”

At this shelter, there are families and a number of teens — and that’s an interesting experience for a young volunteer like Brockman.

“Sometimes there will be people that come into the house that are 19 or 20, like around our age, and they’ll already have kids with them,” Brockman says. “So that’s just an entirely different situation that I cannot even imagine at this point my life.” 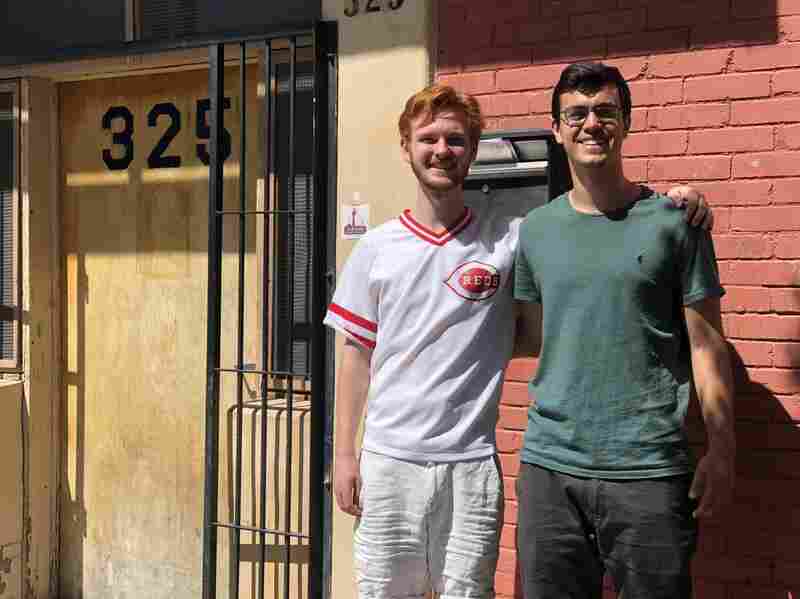 Volunteers Francis Brockman, 20 (left), and Daniel Rottenborn, 19 (right), stand in front of Casa Vides. The college students live at the shelter with the residents, some of whom are teens and young adults. Denise Tejada/Youth Radio hide caption 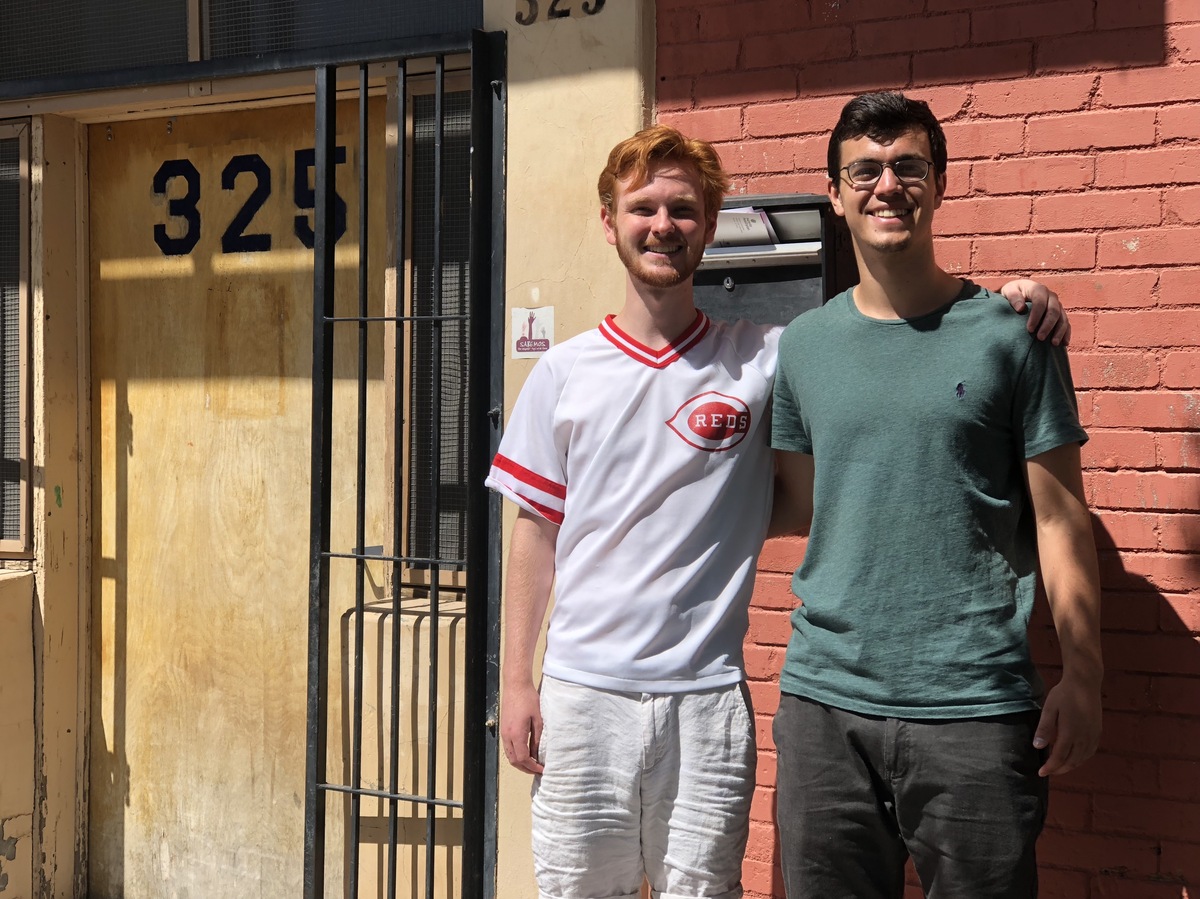 Volunteers Francis Brockman, 20 (left), and Daniel Rottenborn, 19 (right), stand in front of Casa Vides. The college students live at the shelter with the residents, some of whom are teens and young adults.

Casa Vides said we couldn’t talk to any of the residents. But Brockman and Rottenborn have heard from teens here — some of whom crossed illegally instead of through a port of entry – about fleeing all kinds of violence on their journeys. What little they say, says a lot.

“You see this 16-year-old kid,” Rottenborn says. “He’s with his family. You know, he has a bed, he has food for the first time in a while. And he’s just sitting there quiet. It strikes me is vastly different than the experience of a normal American teenager.”

Brockman and Rottenborn could have gotten more typical summer jobs. Brockman says his other option was working at a bagel shop back home in Ohio. The two are living at Casa Vides sharing a room adjacent to the migrants’ rooms. They spend their time doing chores from cooking to cleaning to organizing games.

“Along this wall here, we have more stuff for babies,” Brockman says. “We have a room full of sheets, dry goods, medicine.”

“Yeah, we have a closet full of cleaning supplies, baby diapers, sanitary products, all of the hygiene and health-oriented stuff as well,” Rotterborn adds.

Rotterborn says he and Brockman aren’t trained on how to work with babies and children. The shelter’s goal is to promote independence and allow parents to do what they do best, parent.

“The resiliency that we see from these kids when they come into our house, and they start playing with the toys, and immediately, it’s like that, you flip a switch, and they go from scared kids hiding behind their parents to just kids,” Rotterborn says.

This past weekend, a bus pulled up and 32 undocumented parents got off. With a few small belongings, including papers, they quietly walked into Casa Vides, greeted by staff with hugs. The parents had been separated from their children at the border. Their criminal cases were dropped after Trump reversed his policy on family separation.

Casa Vides tells migrants they can stay at the shelter as long as they want. Many will connect with family members in the U.S. and move out to live with them while they wait for their day in court.

Borderzine, a student-driven online magazine in El Paso, contributed reporting to this story, which was produced by Youth Radio.