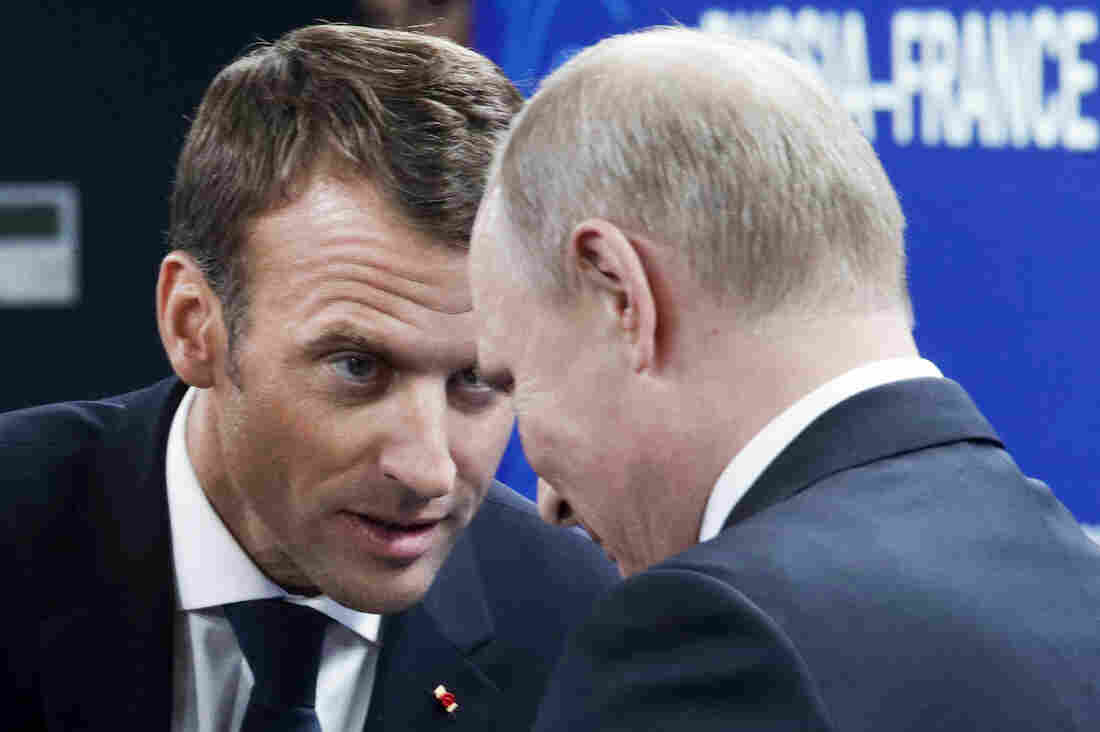 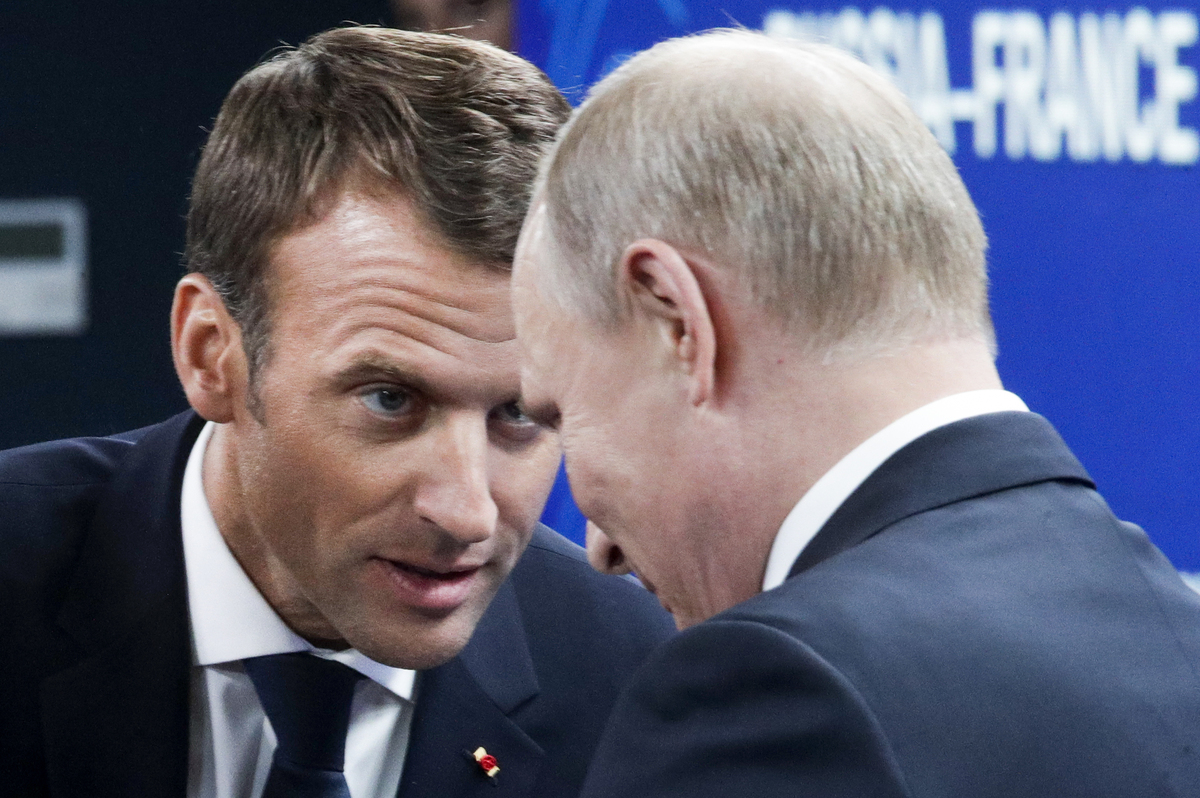 When Emmanuel Macron visited the White House a month ago, commentators nicknamed the French president the “Trump Whisperer” for establishing a close personal rapport with President Trump.

Now Macron is in Russia, where he is sidling up to Vladimir Putin on a two-day trip to St. Petersburg, the splendorous czarist-era imperial capital and the Russian president’s hometown.

When Putin welcomed him on Thursday, Macron addressed the Russian leader as “cher Vladimir” (“dear Vladimir”), harking back to France’s historical ties to Russia and calling on the two countries to look to the future instead of dwelling on recent “misunderstandings.”

“For the Kremlin, the mere fact that Macron came is important, since there were doubts that this visit would even take place,” said Tatiana Stanovaya, a Russian political analyst based in France. “Just the fact that European leaders aren’t refusing dialogue is important for the Kremlin.”

Macron agreed to visit Russia after inviting Putin to Versailles just weeks after the French leader’s inauguration last year. The invitation took Moscow by surprise, says Stanovaya, especially as the Kremlin had made no secret of its support for Macron’s far-right nationalist opponent Marine Le Pen, whom Putin received in Moscow a month before France’s 2017 presidential election.

Before a run-off vote against Le Pen, Macron banned Russian state media outlets from his events for spreading falsehoods, and thousands of his campaign’s emails were leaked in a massive hack.

“There is no friendship,” said Isabelle Facon, a senior research fellow at the Foundation for Strategic Research in Paris. “The Macron team has always said you have to talk to everybody, it’s the basis of diplomacy. You have to make the effort, even with difficult partners — or even adversaries.”

Macron’s thinking behind a quick rapprochement with Putin was to establish himself as Europe’s spokesman, while German Chancellor Angela Merkel was focused on a general election and British Prime Minister Theresa May is preoccupied with taking her country out of the European Union.

“The EU is facing many, many problems externally and internally. So if you can reduce pressure here and there, it’s better,” Facon said. But even if Macron replaces Merkel as Europe’s new frontman, she added, Paris and Berlin will continue to closely coordinate their foreign policies. Merkel quietly followed Macron to Washington, and she visited Putin last week at a similarly low-key meeting.

Fyodor Lukyanov, the editor of the Russia in Global Affairs journal, says the French president’s trip to Russia is all about Macron — not Putin.

“He is trying to position France again as a global power, not a European power, and of course in this situation contacts to Putin are pretty indispensable,” said Lukyanov.

“It’s about showing everybody that France is able and skillful enough to talk to the world’s most important leaders.”

Last summer, Macron invited the U.S. president to the annual Bastille Day parade in Paris — and was rewarded with the first state visit by a foreign leader to the Trump White House.

While Macron’s political views differ vastly from those of Trump and Putin, the progressive French president now has the ear of both the American and Russian leaders.

On the one hand, Putin may find Macron’s closeness to Trump useful, since a U.S.-Russian presidential summit remains a distant prospect. On the day Macron began his visit to Washington in April, Putin called him — and the two men spoke again after the French president had returned home.

Yet that closeness also makes Macron appear to Russians that he’s under Washington’s thumb and not really an independent actor.

There may be a certain disillusionment in Moscow that Macron didn’t turn out to display the same independent streak of past French presidents such as Charles de Gaulle or François Mitterrand, said Facon. France has stood with the United States — and against Russia — on such contentious issues as an alleged chemical weapons attack in Syria earlier this year and the expulsion of Russian diplomats to protest the poisoning of a former Russian double agent in England.

By withdrawing from the Iran nuclear deal, Trump may have inadvertently pushed France and other European countries closer to Russia, since they still support the 2015 agreement.

At the same time, the appearance that Macron has an in at the White House was also damaged.

“He was received very warmly in Washington. So what? The result was that Trump simply ignored everything Macron told him,” said Lukyanov.

The longer the ruling Kremlin elite stays in power — Putin is Russia’s longest serving leader since Soviet dictator Josef Stalin — the more they look down on Europe’s elected leaders as passing phenomena, according to Stanovaya.

“Moscow views Macron as a leader who’s here today, gone tomorrow — and after some time another president, whom Russia can deal with, will replace him,” she said.

After all the toasts and handshakes in St. Petersburg, Macron may still be a long way off from earning the title of “Putin Whisperer.”