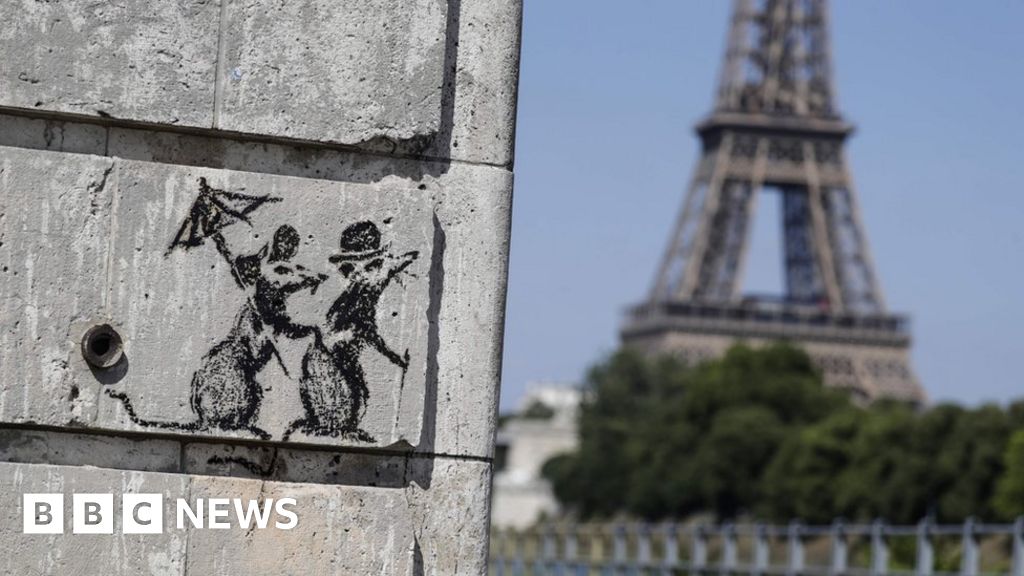 A few of the images, like this one found in the Sorbonne neighbourhood, are seen as tribute to the May 1968 student uprising that shocked France. It has been read as a dig at the decline of French revolutionary spirit. His trademark rat wearing a Minnie Mouse bow also alludes to Disneyland Paris theme park, which has become one of the capital’s biggest employers.