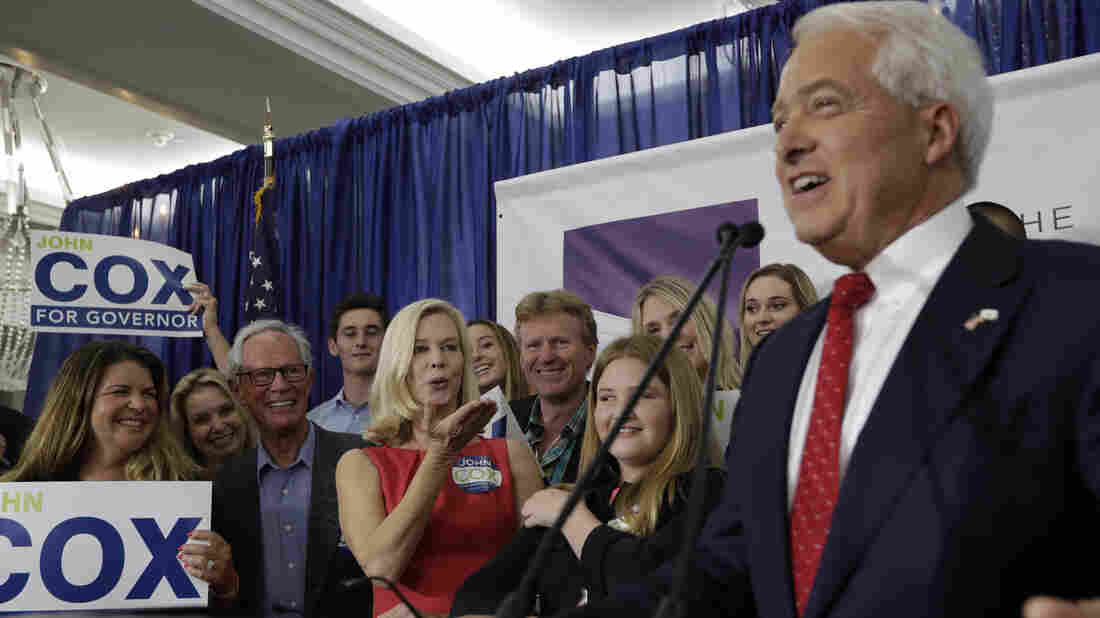 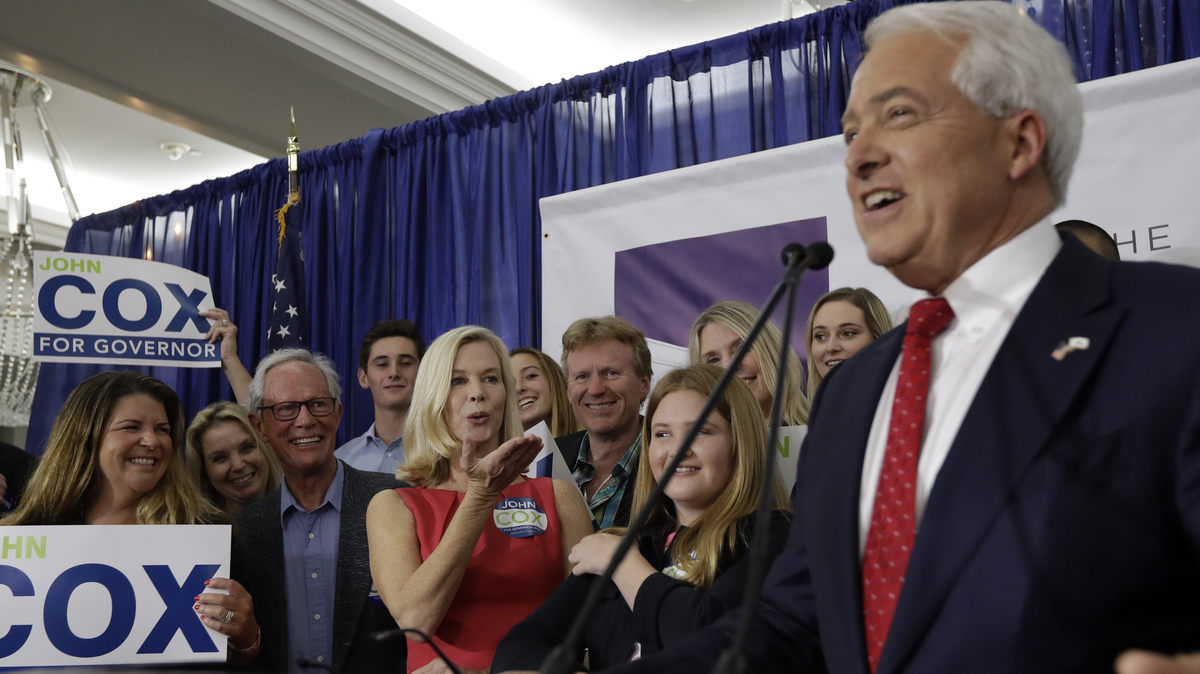 Republican gubernatorial candidate John Cox speaks to supporters in San Diego on Tuesday. He advanced to the general election against Democrat Gavin Newsom, giving the GOP a foothold in a top statewide race.

Democratic hopes to take back the House may have gotten a major boost on Tuesday, with the party appearing likely to avoid their worst nightmare scenario in California’s top-two “jungle primary.”

Many of the decisive primaries had not been called heading into early Wednesday morning, but Democratic candidates held comfortable positions in several of the races where they feared being locked out. Republicans managed to get their top candidate into the race for California governor.

Democratic Party leaders had been worried that a surge in candidates could have an adverse affect — possibly keeping them out of several competitive contests if multiple Democrats split the vote in California’s unusual top-two primary system, where the top two finishers, regardless of party, advance to the general election. Instead, there’s a real likelihood they could compete in every single targeted race.

That was the biggest unknown heading into the “Super Tuesday” of the midterms, the biggest single primary day when voters went to the polls to pick nominees for key House, Senate and gubernatorial contests in eight states — California, Mississippi, Alabama, New Jersey, New Mexico, Iowa, Montana and South Dakota.

Democrats feared they had gotten too excited about these pickup opportunities for their own good, as many of these Southern California districts were crowded with candidates. That forced the Democratic Congressional Campaign Committee and other national groups to spend millions of dollars trying to stave off a November shutout in the important 39th, 48th and 49th congressional districts.

While results aren’t final yet — and may not be for some time due to many mail-in ballots — early results indicate those costly investments paid off. In the open 39th, where Royce retired, it looks like Republican Young Kim will face Democrat Gil Cisneros, in what will be an interesting battle for the area’s growing Hispanic and Asian-American populations.

In the open 49th, where Issa exited, Republican Diane Harkey led the pack, ahead of Democrat Mike Levin — with two other Democrats trailing behind.

The biggest worry heading into Election Day was in the 48th district, where Trump loyalist Dana Rohrabacher is considered highly vulnerable. Many Democrats thought former Orange Country GOP Chairman Scott Baugh might claim the second spot, but now it seems as though either Democrat Hans Keirstead or Harley Rouda could do so.

In the Modesto-based 10th District, Republican Rep. Jeff Denham still doesn’t know his challenger, but Democrat Josh Harder was edging out Republican Ted Howze for that second slot with about half the vote counted.

Member station KPCC reports that another complicating factor is a printing error that led to 118,522 voters’ names being left off the rolls in Los Angeles County, which “will boost the number of provisional ballots election officials need to sort through — and could leave some tight races up in the air for longer than is typical.” Actor Henry Winkler tweeted he was among those whose name was left off the voter rolls.

There was also good news for national Democrats out of New Jersey, another important state where the party is targeting at least three seats. All of the candidates the DCCC had endorsed won their nominations, including state Sen. Jeff Van Drew in the 2nd District, where GOP Rep. Frank LoBiondo is retiring, as well as former Navy pilot Mikie Sherrill in the 11th District, where House Appropriations Committee Chairman Rodney Frelinghuysen isn’t running for re-election. Those races are two of the best pickup opportunities for Democrats in the country.

While Republicans are likely to have a hard time winning either the governorship or a Senate seat in California this fall, party leaders had been worried all-Democratic ballots would depress GOP turnout, hurting more competitive down-ballot races.

South Dakota Rep. Kristi Noem won the GOP nomination for governor, overcoming her primary opponent Attorney General Marty Jackley’s attempts to tar her as part of the D.C. establishment. Other Republican House incumbents have underperformed in their races so far this year, and Idaho Rep. Raul Labrador lost his primary bid for governor. But Noem ended up winning by about 15 points.

California Sen. Dianne Feinstein is one of the few moderate Democrats up for re-election this year to face a serious primary challenge from the left. Former state Senate President Pro Tem Kevin de Leon argues Feinstein isn’t doing enough to oppose the Trump administration. Feinstein has responded to the challenge by tacking to the left and led de Leon in most polls. Early returns showed Feinstein well ahead of the pack, with de Leon battling Republican James Bradley for second place.

In Montana, state Auditor Matt Rosendale won the GOP nomination and will take on Democratic Sen. Jon Tester in November. President Trump has made Tester a top target, after the Democrat played a key role in tanking Trump nominee for secretary of veterans affairs Ronny Jackson.

National Republican Congressional Committee Chairman Steve Stivers said in a statement Tuesday night that the committee will “continue to stand behind [Roby] and are confident she’ll emerge victorious in the coming runoff.”