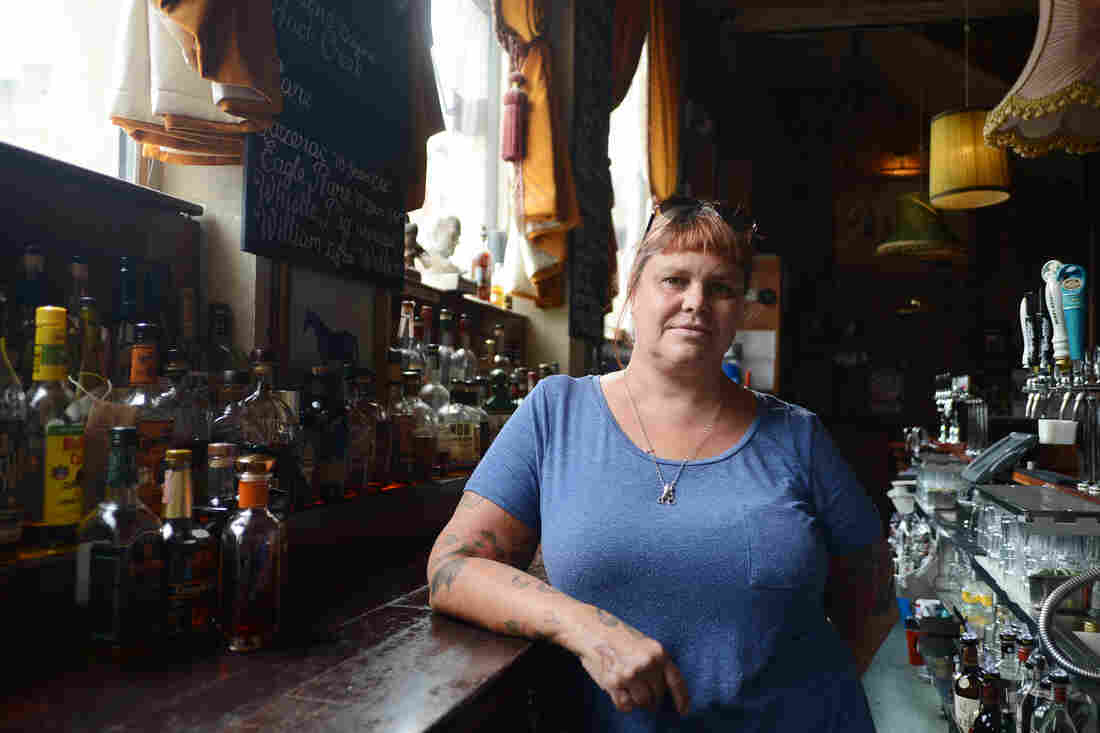 Stacey Thomas, owner of the Bourbon Bar “The Lexington,” says new tariffs on whiskey will hurt her business. “Customers that maybe would have tried bourbon will probably just go for a vodka or a gin or a rum,” she says. Christina Cala/NPR hide caption 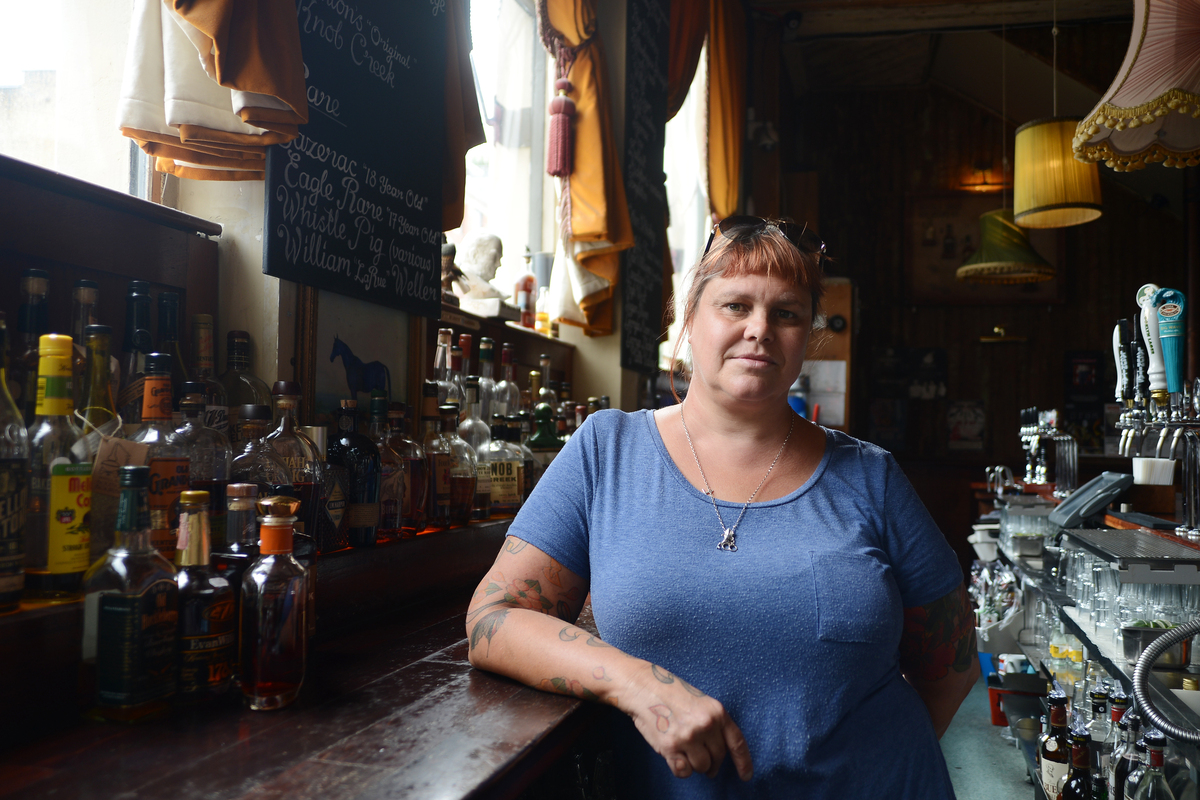 Stacey Thomas, owner of the Bourbon Bar “The Lexington,” says new tariffs on whiskey will hurt her business. “Customers that maybe would have tried bourbon will probably just go for a vodka or a gin or a rum,” she says.

Protesters dominated the scene in London this week during President Trump’s visit to the United Kingdom.

But many in the U.K. are hopeful that any tension in the “special relationship” between both countries is temporary – especially business owners.

Even before the president’s visit, British business owners were in the throes of uncertainty caused by the ongoing negotiations over their exit from the European Union. Then, in March, President Trump triggered a trade war with his announcement that the U.S. would impose 25 percent tariffs on imports of steel and tariffs of 10 percent on aluminum imports.

The European Union was initially exempted from those tariffs, but the exemption was lifted on June 1. In retaliation, the bloc said it would impose tariffs of its own on classically American products like Harley-Davidson motorcycles and denim jeans. The EU response also included a 25 percent tariff on whiskey.

In Islington, a neighborhood north of central London, the owner of a bar called the Lexington has been carefully following the tariff news. Stacey Thomas, an Australian immigrant to the U.K., bought the space during the 2008 recession and converted it to a whiskey bar. She now sells about 150 varieties of American whiskey.

Thomas hasn’t felt the pinch just yet, but says she will in the coming months. She says she and her distributors expect that larger brands like Jack Daniels and Jim Beam will eat some of the cost of the tariffs so that their prices rise only 10 percent or 15 percent, rather than the full 25.

But smaller craft distilleries don’t have that financial flexibility. A typical small distillery might have the majority of its whiskey stock stuck steeping in barrels for the next year or two, Thomas explains. Eating the costs of the tariffs for even a few months could be ruinous for them.

For customers, Thomas estimates that between the tariffs and the costs associated with preexisting taxes, duties and distributor fees, the price of a typical pour of craft bourbon could rise in price by half.

“It’ll hurt us in the sense that a lot of customers that maybe would have tried bourbon will probably just go for a vodka or a gin or a rum,” she says. “Maybe we’ll become a rum bar, you know?”

However, rather than change prices or strategy immediately, Thomas is playing the waiting game. Like many in the U.K., she sees the American president as capricious and prone to reversing course.

“Trump has a history for going through phases, doesn’t he? Changing his mind. I don’t take anything he says seriously anymore.”

“This is my great big hope: that Trump will come to his senses, stop the tariffs — EU will of course do the same straightaway — and that there will only be a momentary blip in price increases,” she says. “I’m hoping by the end of the year, everyone will have calmed down for a little bit and gone back to status quo.”

President Trump gave mixed signals on a trade deal with the U.K. during his trip to Europe this week.

British Prime Minister Theresa May has been under pressure to negotiate a Brexit deal with the European Union that would maintain many of the trade benefits of EU membership while also allowing the U.K. to make bilateral trade agreements with non-EU countries such as the United States.

In an interview this week with the British tabloid The Sun, Trump said, “If they do a deal like that, we would be dealing with the European Union instead of dealing with the U.K., so it will probably kill the [U.S.-U.K.] deal.”

Then, on Friday at a joint news conference with May, President Trump backpedaled, saying that his goal is unrestricted trade between the two countries.

“The only thing I ask of Theresa is we make sure that we can trade and don’t have any restrictions. We want the U.K. to trade with us. We have a tremendous opportunity to double, triple or quadruple trade. If they’re going to go a certain route, I just said I hope they will be able to trade with the U.S.”

Gareth Stace is the director of UK Steel, a lobbying group. He argues the current trade fight – including the 25 percent U.S. tariffs on British steel – is bad for his members and bad for workers in the United States, too. 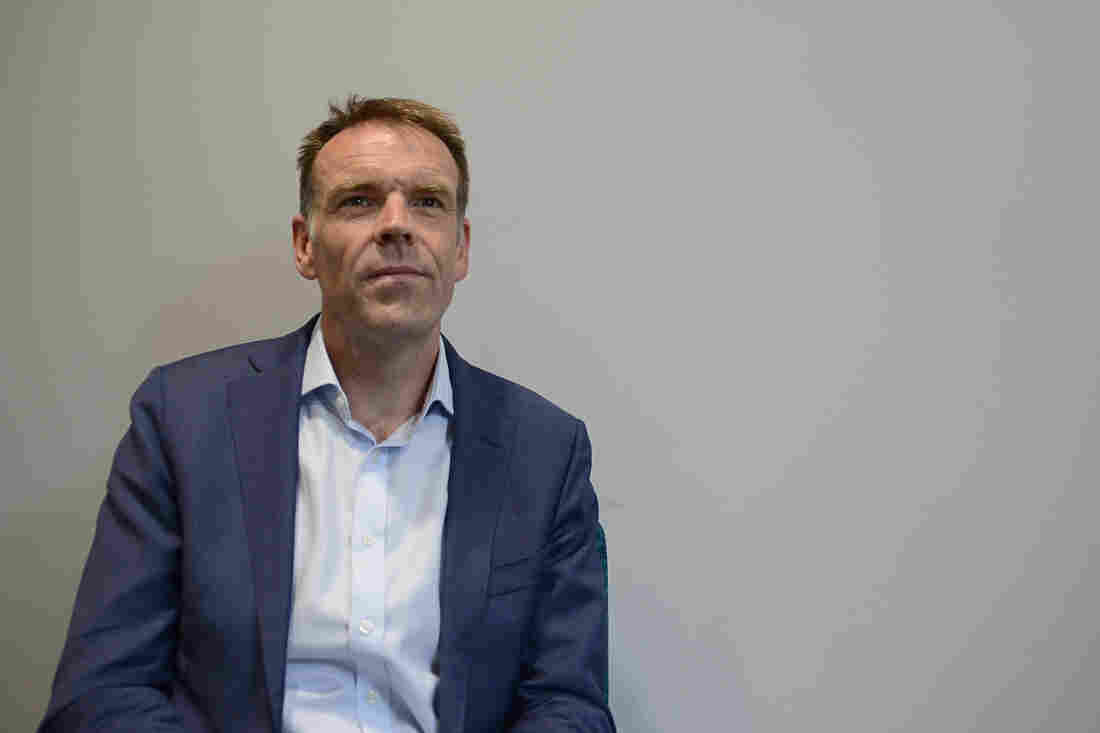 Gareth Stace, director of UK Steel, says tariffs are bad for his members and bad for workers in the United States. Christina Cala/NPR hide caption 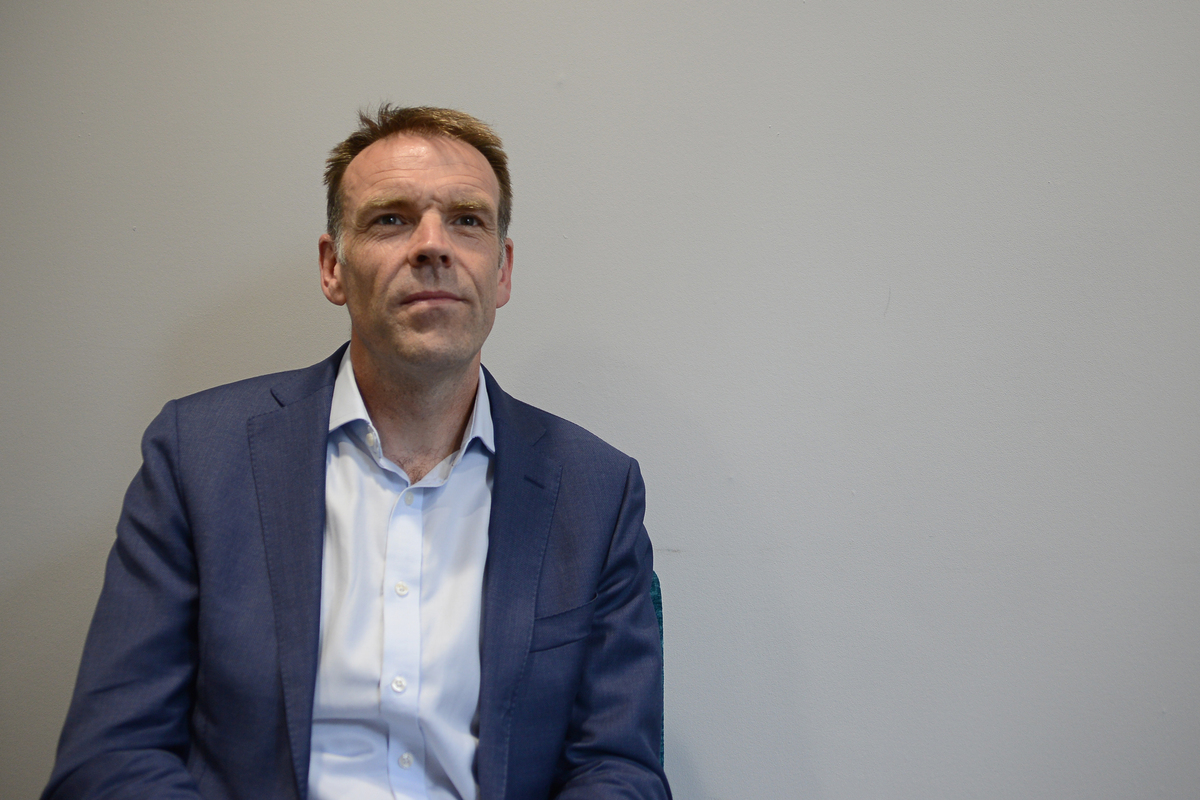 Gareth Stace, director of UK Steel, says tariffs are bad for his members and bad for workers in the United States.

“I was talking to a steel company only last week that was telling me that he has been supplying steel to one of his customers in the U.S. for 30 years. They have a very good relationship,” Stace says. “That customer in the U.S. still wants to buy the products that he’s buying from the U.K. steel company, and they’ve got to work out what they’re going to do. Because: Is that going to damage that relationship? Are those orders going to be cancelled? Is that customer in the U.S. going to be now priced out of the market?”

Stace too is playing the waiting game, hoping a deal will come sooner rather than later and that the U.K. steel industry will be spared too much harm.

Asked if the trade fight has changed the way he thinks about doing business with the U.S., Stace emphatically answers yes.

“I’m 50 years old, and I’ve always seen the U.S. as a really strong ally of the U.K.,” Stace says. “I think I was surprised on the first of June that it actually happened, because I couldn’t believe this is what President Trump does to his friends and his allies. It just made me think I would not want to be his enemy.”