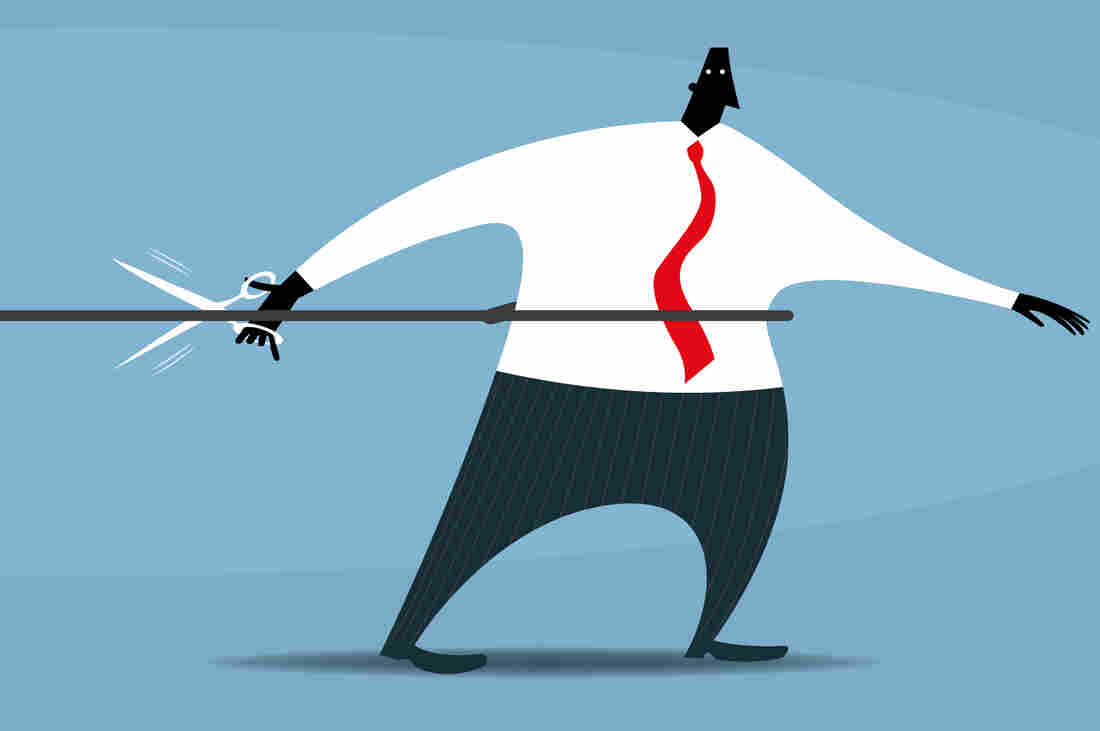 Even the Federal Reserve has noticed ghosting, which it defines as “a situation where a worker stops coming to work without notice and then is impossible to contact.” Planet Flem/Getty Images hide caption 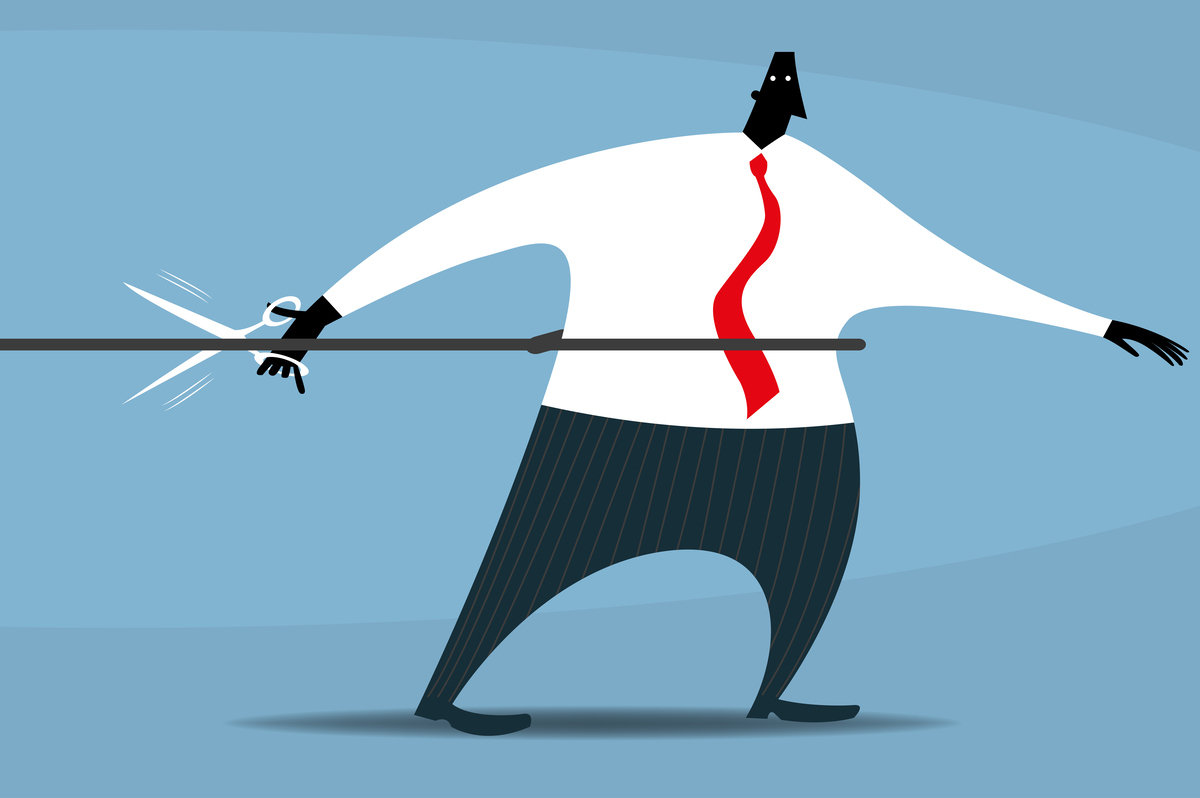 Even the Federal Reserve has noticed ghosting, which it defines as “a situation where a worker stops coming to work without notice and then is impossible to contact.”

If you’ve ever applied for a job, chances are you never heard back from some prospective employers — even after interviewing with them. But now that jobs are plentiful, it seems the tables have turned on employers.

In a report last month, the Federal Reserve Bank of Chicago said a number of employers reported being “ghosted” by workers — that’s right, like how a Tinder date might stop answering your texts.

The Fed defined ghosting on the job as “a situation where a worker stops coming to work without notice and then is impossible to contact.”

There’s no official data on ghosting at work. But analysts say the uptick probably has something to do with the low unemployment rate and a hot labor market that’s given workers more job options.

Workers like Kris say there’s another reason: being disrespected on the job.

Several years ago, when he was in college, Kris worked as a lifeguard at water park in Cincinnati. After about a year, his bosses promoted him to a managerial role and promised him a raise.

His new duties were more than just keeping an eye on the water. Kris managed the daily schedule for all lifeguards and tested the water’s chemical levels. Each morning he opened the park, he’d be the first one down its waterslides — testing them for safety.

More than six months into his new position, Kris’ paycheck remained the same — $8 an hour instead of the $10 he was promised.

“Week after week I would ask about it,” he says, “and management would keep making excuses.”

Then came a corporate announcement. Kris’ managers said they would cut employees’ pay by 10 percent due to financial difficulties. Kris felt slighted — now, his pay was less than what he started out earning, despite his managerial duties.

“I decided, OK, if they really don’t care about me, and they don’t value me and what I do for the water park, then maybe I’ll just stop doing it,” he says.

So on a busy summer day, Kris didn’t show up to open the park. He let the flood of subsequent texts and voicemails from his managers go unanswered. No one else with his level of training was able to come in that morning.

“I ultimately caused the shutdown of the water park for that Friday,” Kris says.

He estimates he cost the park between $15,000 and $20,000 in customer revenue “for what would have been a yearly raise of a few thousand dollars.”

Soon after he ghosted, Kris landed a job making more money as a pizza delivery driver. He now works for a Fortune 500 company. Though Kris doesn’t regret ghosting, he doesn’t want his current or future employers to know about it. So NPR is not using his last name.

As the Fed and others have noticed, Kris’ exit strategy is becoming more common.

Recruiters say applicants are increasingly ghosting on interviews and job offers. Raquel Anaya, a recruiter at a real estate company in Florida, says she’s seen a spike in no-shows in both interviews and first days on the job over the last year.

“I think most of the time it’s that people interview more than one place concurrently and we get edged out on offers,” she says. “So instead of just saying I got a better offer, they just stop.”

Lydia, now an accountant, has been there before. NPR is not using her last name. As a “desperate-for-work” 20-year-old college student, she applied for a job at a small factory that makes plastic.

When she arrived for her interview, Lydia says, she “immediately knew the atmosphere was off.” The company’s owner, a large and “aggressive” man, made her practice assembling practice parts for half an hour in view of a foreman.

After she completed the task without a hitch, the owner took her and the foreman to a cramped room. He offered Lydia the job, but told her his expectations were low, all the while getting “way too close” to her, she says.

“I was in a dark office with both of these large, intimidating men anticipating my answer,” Lydia says. “I croaked a ‘sure,’ and they told me when to start and where to meet them. I almost ran out, knowing that I wasn’t going back.”

And Lydia never did. She was able to get a different job where she felt safer, and never mentioned the brief experience to other employers.

Anaya, the recruiter, says that if an applicant who disappeared reapplies to her firm, she remembers who has ghosted. “And that doesn’t look good,” she says.

She blames the increase in ghosting on a solid labor market with lots of opportunity.

So does Andy Challenger, a vice president at the job outplacement firm Challenger, Gray & Christmas. He says he most often hears of ghosting in industries “where jobs are the most plentiful and good employees are the most scarce,” including technology and engineering.

Ghosting is a learned behavior, Challenger says. After all, employers ghost applicants all the time, and can fire workers without two weeks’ notice.

“Candidates today are saying, ‘I’m just going to ghost them, I’m not going to respond to the calls and texts and voicemails that they leave me’ because in some ways it feels like revenge,” Challenger says.

No matter how bad a boss is, both Challenger and Anaya don’t recommend ghosting. As job searchers know, future employers do ask past ones for recommendations.

Plus, sometimes quitting in person can be fun.

“In some ways, people leave who without notice are missing out on one of the most satisfying parts of the human experience, which is quitting a job that you hate,” Challenger says. “Even if you do it politely, that can be cathartic.”

Kris, the former lifeguard, cites one big reason for not telling off his bosses — the direct, financial impact his ghosting had.

But he says he’d never ghost on an employer that treated him with respect.