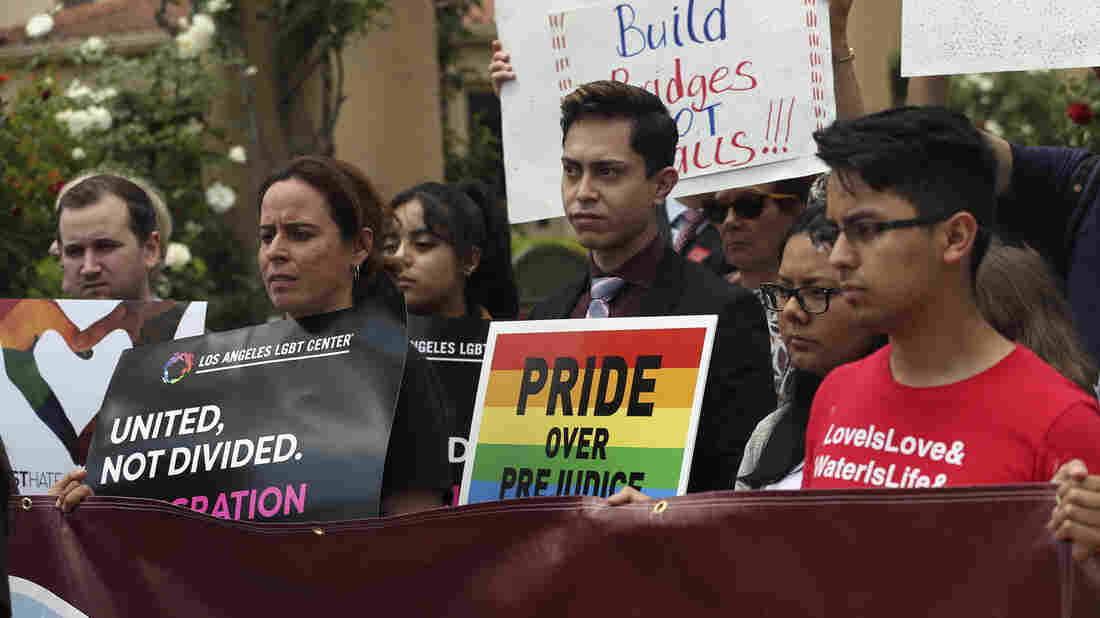 Supporters of the Deferred Action for Childhood Arrivals Act (DACA), gay activists and others demonstrate outside the U.S. District Court 9th Circuit in Pasadena, Calif., in May. The Trump administration has been trying to convince courts that it is justified in ending an Obama-era immigration policy that shielded hundreds of thousands of young immigrants from deportation. Reed Saxon/AP hide caption 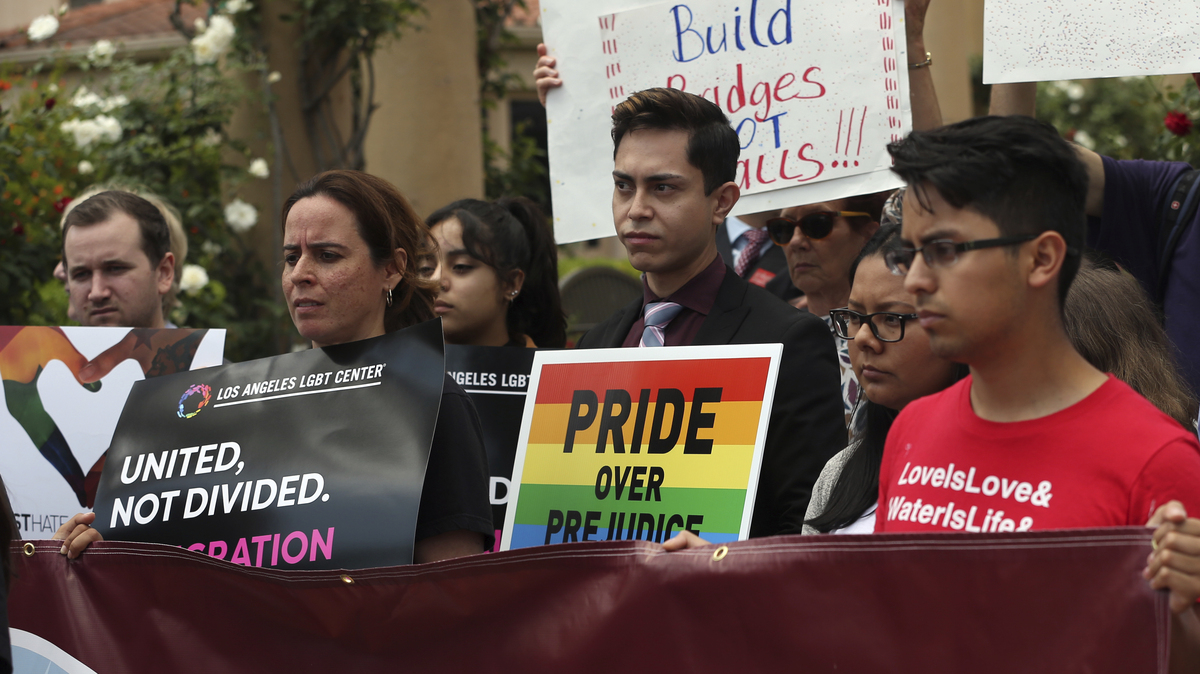 Supporters of the Deferred Action for Childhood Arrivals Act (DACA), gay activists and others demonstrate outside the U.S. District Court 9th Circuit in Pasadena, Calif., in May. The Trump administration has been trying to convince courts that it is justified in ending an Obama-era immigration policy that shielded hundreds of thousands of young immigrants from deportation.

In a federal courtroom in Texas today, the debate over the Trump administration’s immigration policies shifts from separated families to another group of young immigrants.

They are the ones who were brought to the United States as children and grew up here. About 700,000 young people were protected from deportation under the Obama-era program called Deferred Action for Childhood Arrivals, or DACA.

The Trump administration has made it clear that it wants to shut down DACA.

In September, Attorney General Jeff Sessions announced an end to the DACA program, and since then the administration has faced several legal challenges seeking to preserve it.

But today, a court will consider a lawsuit that calls for an end to DACA. The hearing will be held in the Houston courtroom of U.S. District Judge Andrew Hanen. Seven states, led by Texas, are asking for a preliminary injunction to force the government to reject renewals for young people currently enrolled in DACA and stop accepting new applications.

Hanen is perhaps best known as the judge who, in 2015, blocked the Obama administration from expanding DACA.

“Most people expect that Judge Hanen is not going to look kindly on the DACA program,” says Jessica Vaughn, director of Policy Studies at the Washington, D.C.-based Center for Immigration Studies.

Her group advocates immigration limits. Vaughn says smart money bets that Hanen eventually will decide that DACA has had a negative effect on the states in the form of costs in providing services to DACA recipients.

But legal advocates for DACA say states will have a hard time proving they have been harmed.

“Young individuals with DACA grants are living and working and going to school and paying taxes and contributing to local economies. So it is a net benefit to the states to have DACA recipients there,” says Nina Perales, vice president of litigation for the Mexican-American Legal Defense and Educational Fund.

The Texas hearing comes on the heels of another federal court ruling in Washington, D.C., last week which endorsed DACA. District Judge John Bates blocked the administration from shutting down DACA and ordered it to accept new applications. The administration says it will appeal.

“You know this process is draining, it’s exhausting, it’s expensive and there has to be a permanent solution and a pathway to citizenship,” says Antonio Juaregui of Fresno, Calif. He’s a 21-year-old political science major who was brought to this country when he was 5 years old.

Juaregui said he first applied for DACA three years ago and he was granted a two-year extension in March 2017.

But before there is a permanent solution that allows DACA recipients to stay and work in this country, Juaregui says he knows there will be more court battles. Virtually every legal expert thinks the resolution rests with the Supreme Court.