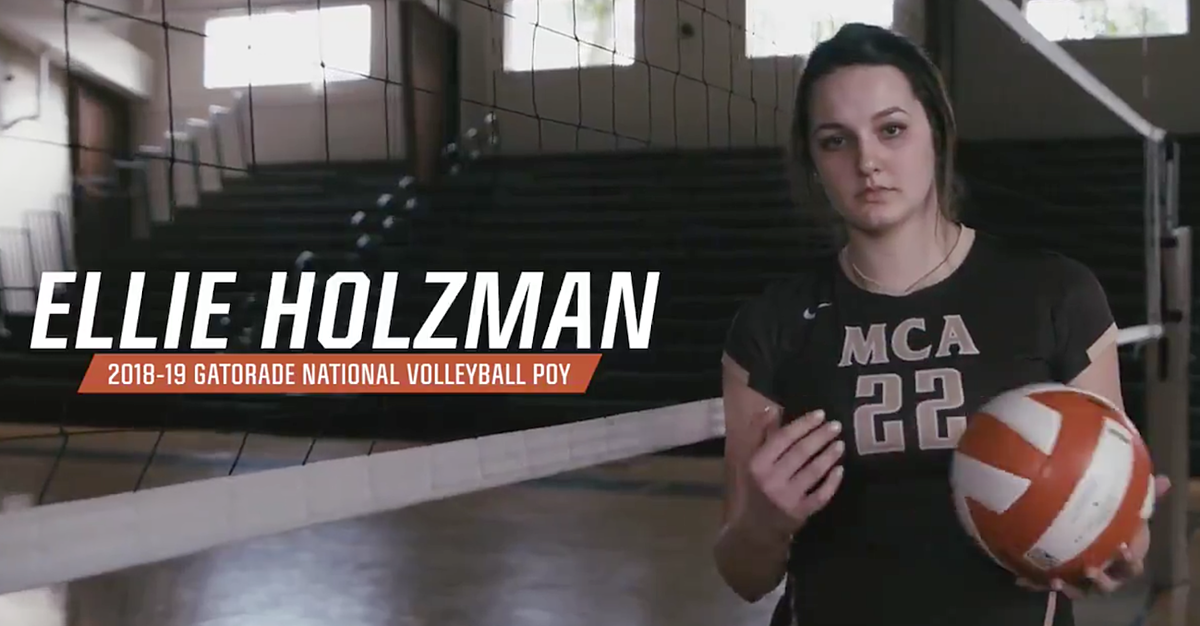 Ellie Holzman sat down in the cafeteria to eat an ordinary lunch, unaware she had had won the biggest individual award of her life.

It had already been a long day. Holzman woke up at 4:30 a.m. to get in a workout before going to school, the first act in her daily routine. There had been cameras following her around, but she was not expecting something this monumental. She left class and started eating a salad, only to be shocked to see her teammates, friends and family walk into the cafeteria holding a trophy.

“I was completely taken off-guard,” Holzman said in a phone interview Wednesday. “I never expected to win. I have no words.”

Holzman, a 6’2″ middle blocker and outside hitter from New Orleans, led Mount Carmel Academy to four straight Division I state titles. She is the reigning three-time Louisiana Volleyball Player of the Year with 571 kills and 101 blocks this season. She is committed to play volleyball at the University of Illinois. Under head coach Chris Tamas, the Fighting Illini finished the year ranked No. 3 in the country and made it to the Final Four of the NCAA Division I Women’s Volleyball Tournament.

“I’m excited to meet new people and compete for a national championship at Illinois,” Holzman said.

Holzman has kept a 4.0 GPA this season and volunteers locally with an anti-drug campaign and as a youth volleyball coach. Her favorite memory of her career so far was when her club won the 2018 17s Open Division National Championship in Orlando, where Holzman was also named tournament MVP.

“Ellie is a crafty, rifle-armed terminator out by the pins, at midcourt or attacking from the back row…this is an elite all-court intimidator who’ll only get better,” Gatorade Player of the Year director Chad Konecky said.

She is the first Louisianan to be named Gatorade National Volleyball Player of the Year.

“Louisiana’s not really a frontrunner for volleyball,” Holzman said. “My team is stretched across the whole state.”

That means Holzman drives two hours round trip to practice as part of her daily schedule. After she gets home, she does some homework and tries to get in about six hours of sleep – on a good day. Holzman and her family’s commitment to volleyball are reflected in her dominance on the court. She started solely focusing on volleyball five years ago and has worked her way up to this moment.

“My parents have made so many sacrifices over the years and dedicated time to doing what I love.”