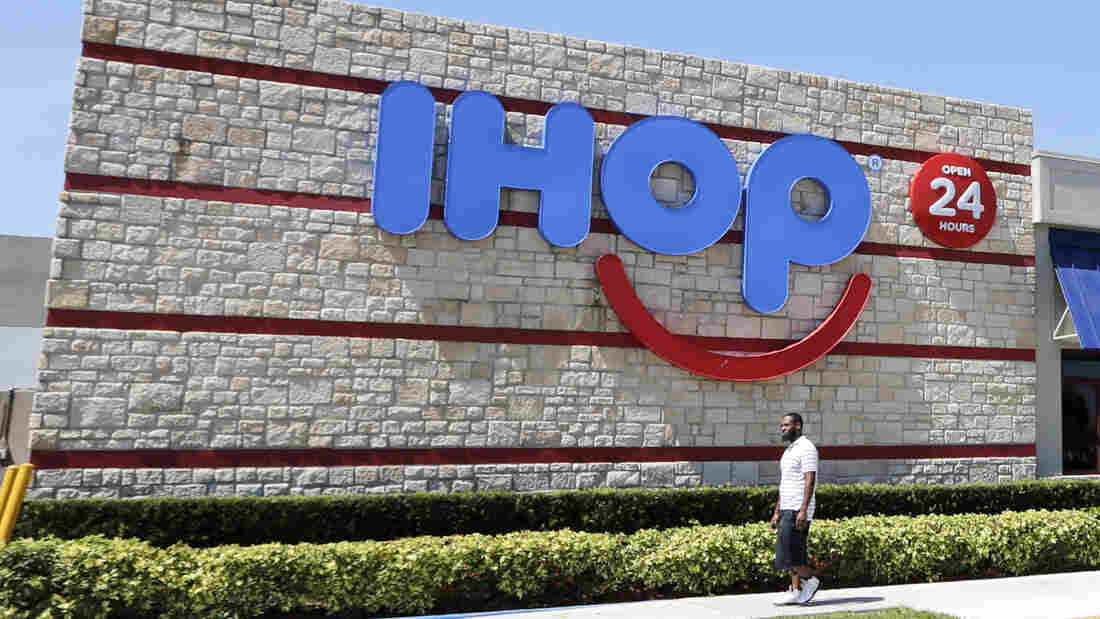 It’s not yet clear when or if IHOP will change the signs at its restaurants, such as this one in Hialeah, Fla. Alan Diaz/AP hide caption 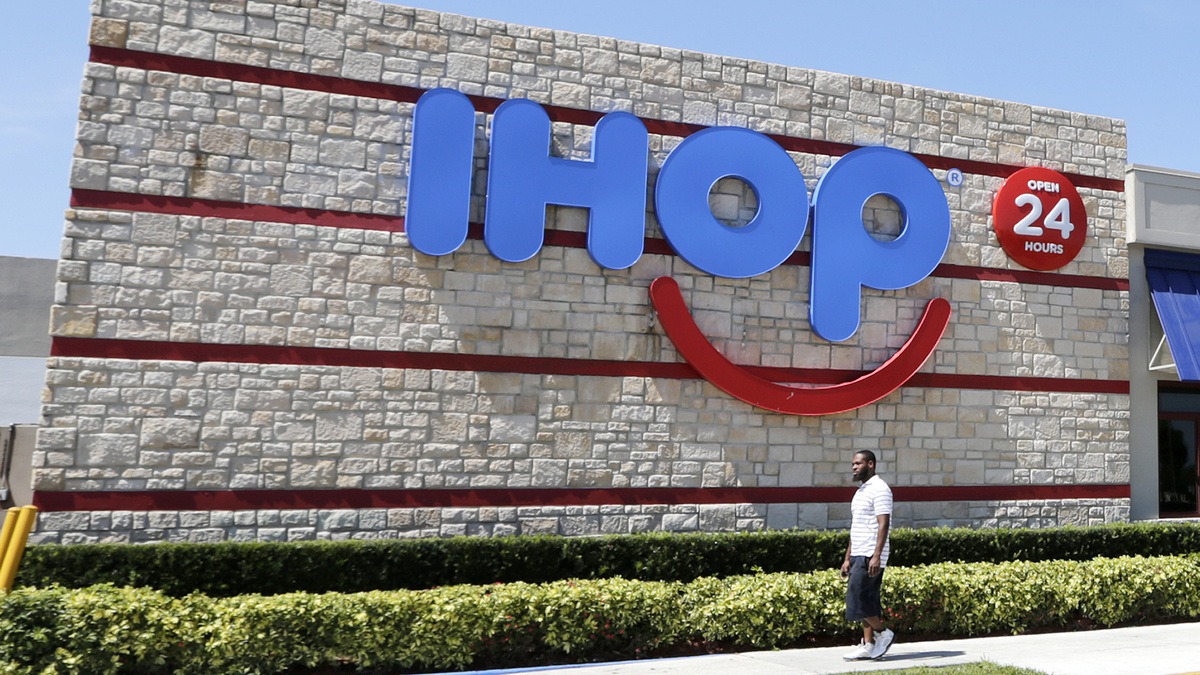 It’s not yet clear when or if IHOP will change the signs at its restaurants, such as this one in Hialeah, Fla.

IHOP — the International House of Pancakes — is changing its name to IHOb and will now feature burgers, the company said in a tweet that was not posted on April Fool’s Day. It remains to be seen whether the change will be permanent or merely a flash in the pan (cake) to promote hamburgers.

The tweet unveiling the burger plan met with a number of incredulous and joking responses, as well as some constructive criticism.

“Why couldn’t you be international house of brunch and start serving mimosas and bellinis?” one user asked, garnering hundreds of “likes.”

The change seems to be part of a plan to capture business in the day and early evening, outside of IHOP’s traditional strength in the morning hours. In May, IHOP reported that nearly half of its customers come in during breakfast time. Lunch follows (with 28 percent) and then dinner (16 percent) and late-night service (7 percent).”

IHOP had promised to shake things up as it marks 60 years in business; it did so in part by transposing b’s and p’s in its social media messages as it encouraged people to guess what the change would be — possibilities became bossibilities, for instance.

“Dear Internet, we abbreciate your batience,” the company said on Monday.

Picking up on the company’s tricks, when one Twitter user said on Monday, “Your marketing team needs to be fired…ASAP,” another simply replied, “ASAB.”

IHOP’s website now features the IHOb logo — but the site’s URL remains the same, and its business descriptions and statements continue to list breakfast as a main priority.

With the change, IHOP’s menu moves a bit closer to that of the Applebee’s grill and bar chain. Both companies are owned by DINE Brands.