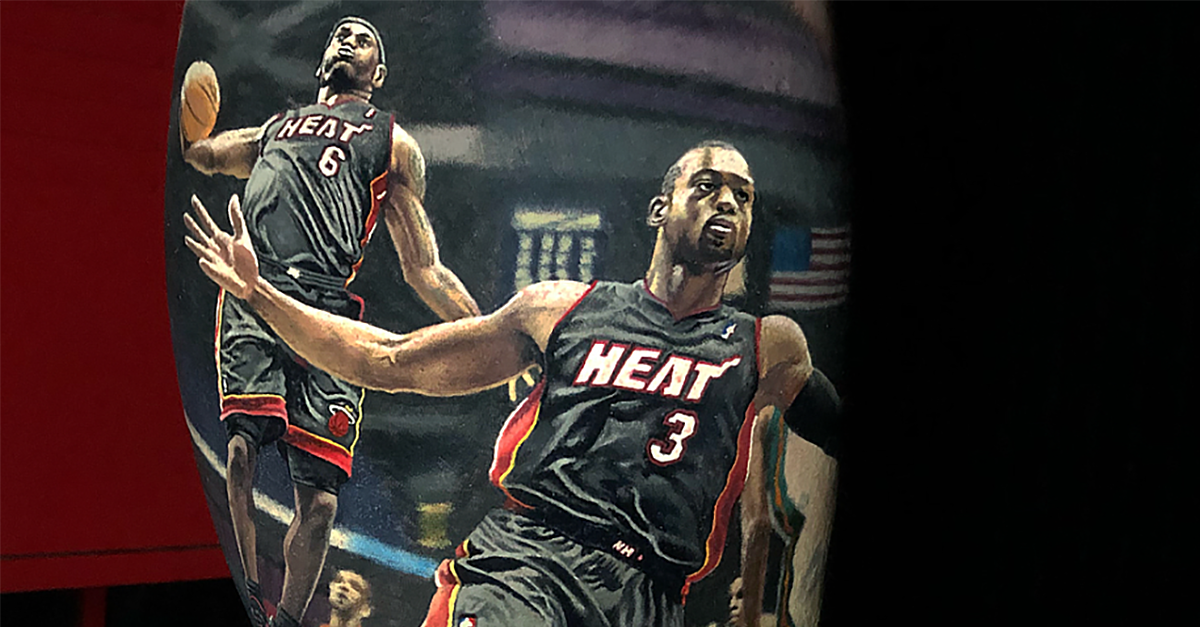 On the list of fan tattoos, this new one from a Heat fan is pretty spectacular.

It features the iconic photo of Dwyane Wade going to LeBron James in tattoo form. The real life inspiration comes from a 2010 game against the Bucks shortly after Wade, James and Chris Bosh joined forces with the Heat. Wade dropped a pass to James who then finished with a dunk, and Wade threw up in arms in celebration.

Tattoo artist Steve Butcher shared the photo of the artwork with his 700,000 Instagram followers that is so good is basically looks like a photo.

Here’s a shot of the work in progress.

Butcher said it took about 21 hours of work.

Wade has even said he’ll have James sign this photo to hang in house when he’s retired.

James and Wade played togeheter in Miami from 2010–2014. They also played together on the Cavs breifly this past season before Wade was traded back to the Heat.