Bayern Munich CEO Karl-Heinz Rummenigge has bullishly claimed that he’s so confident that club talisman Robert Lewandowski will spurn the chance to move to Real Madrid that he’s willing to take bets on the outcome.

As reported by ESPN, the Polish international is thought to be weighing up his options ahead of the 2018/19 campaign, and was at one stage hotly tipped to leave the club. However, Rummenigge has scoffed at the claims, stating: “I said weeks ago that I am taking bets on Lewandowski staying and I am still taking them today.

“The two boards [of Real Madrid and Bayern] had lunch together at both [Champions League semi-final] games and Lewandowski wasn’t a topic of conversation at either of the meals. In the past, we had a player that [Madrid president Florentino Perez] was highly interested in. But we closed the door on that, and from this episode, I know that he would be open about it.

“It wouldn’t interest us anyway even if he did ask about Lewandowski. We as a club made a firm decision and that still applies.”

Lewandowski has been with Bayern Munich for four seasons since joining from fellow Bundesliga side Borussia Dortmund in 2014. Since making the switch, he has become one of the most feared forwards in world football – notching up a monumental 151 goals in 195 performances in all competitions.

On the international front, the 29-year-old is the star player of the Poland side, and will be looking to make a big impact at the World Cup, as his side take on Senegal, Japan and Colombia in Group H. The former Lech Poznań also has a strong scoring record at international level, having netted 55 times in 95 games for Biało-Czerwoni. 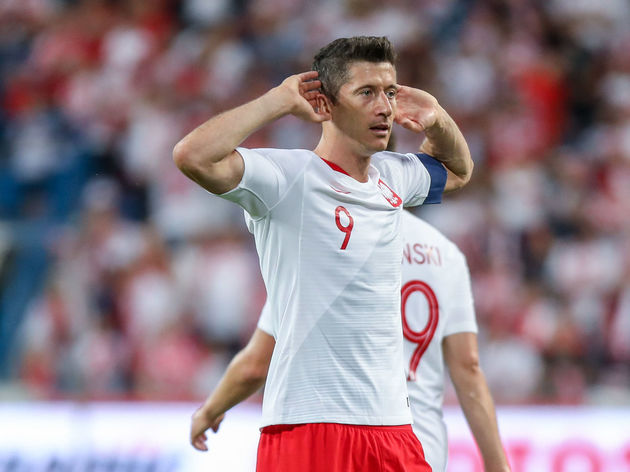 In other news, Manchester United have been handed a major boost in their pursuit of Bayern Munich defender Jerome Boateng, after Rummenigge claimed in an interview that he’s willing to listen to offers for the German international. United are desperate to strengthen their defence this summer, and Boateng could offer the defensively solidity they have been craving.