Andreas Pereira will look to leave Manchester Untied this Summer if Jose Mourinho does not reassure him of the chance to challenge for a place in United’s first team.

Pereira, 22, has spent this campaign on loan at Spanish side Valencia, but wants his future cleared up this summer, and has no intention of being loaned out once again.

Veteran midfielder Michael Carrick will retire at the end of the season, while Marouane Fellaini looks increasingly more likely to leave the club, as his contract expires in the summer, which may leave a space in the United midfield-ranks for the young Brazilian.

According to the Telegraph, Pereira told Sport/Foot: “The manager will see me in a different light if I come back from Valencia with a good report card.

“I’ll then change status more easily than if I continued to simply try and get a break as a homegrown talent.

“The Manchester United technical staff follow me closely. We speak on the phone regularly or we send each other messages on WhatsApp. I also communicate with Mourinho.”

Pereira has proved his worth at Valencia this season, playing a key role in helping the club to secure Champions League football. However, the Brazilian has insisted he does not want to hang around Old Trafford and will not be interested in another loan move, as he claims it is his dream to play for the red of Manchester. 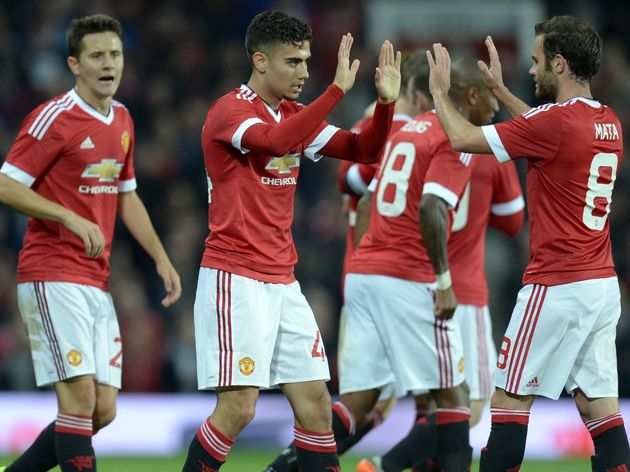 “I dreamed of playing for Manchester United, and I still do. I’m still under contract there. The staff now see that I can hold my spot at Valencia, that I’m at the required level.

“My future at Valencia depends on Manchester United. All the options remain open, but I don’t want to be loaned again. I’ve shown what I can do.

“This summer, I want clarity. I want to be able to stay at a club for two to three years in order to build something.”

Valencia have expressed interest in signing Pereira on a permanent basis, whilst the Brazil Under-23 international is contracted to United until the end of next season, with an option to extend that deal for a further 12 months.