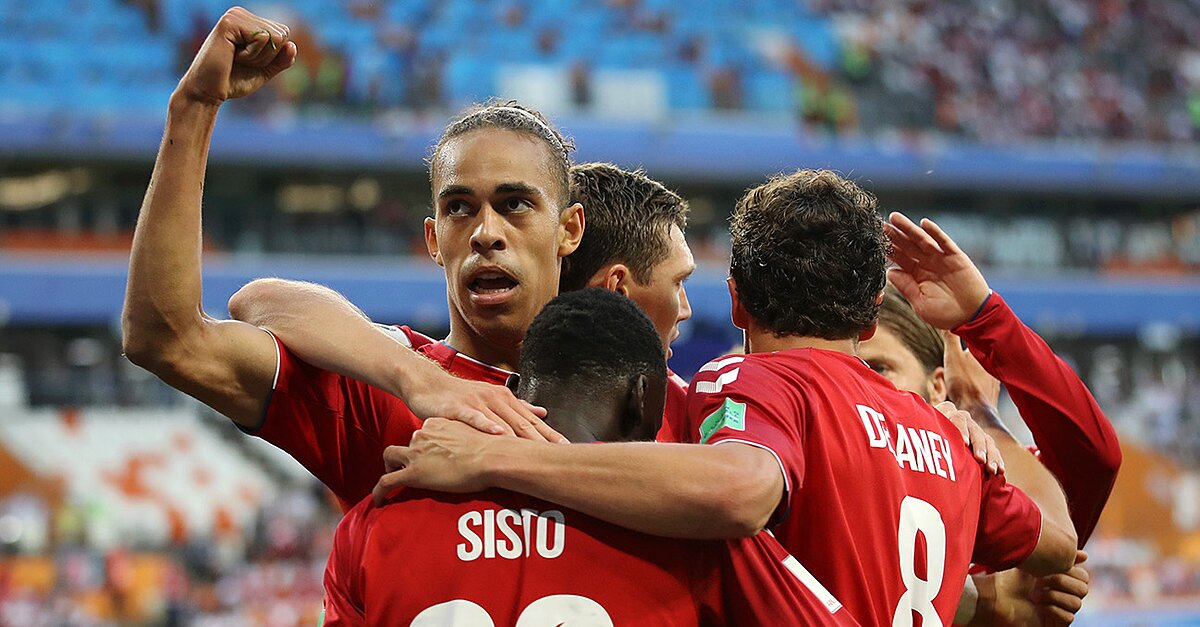 How to watch Denmark vs. Australia in the World Cup group stage on Thursday, June 22.

Denmark and Australia will kick off the day of World Cup competition on Thursday with each team’s second match in Group C.

In their first match of group play, the Danes handed Peru a 1-0 loss to pick up three points. After surviving a penalty kick in the first half—the attempt went over the bar—Yussuf Poulsen slotted in a goal in the 59th minute to give the team the win.

Australia didn’t fare as well in its first match, losing to France 2–1. The team held off Les Bleus in the first half, but France took an early second-half lead off a penalty kick from Antoine Griezmann in the 58th minute.

Australia was able to counter with a penalty kick of its own to tie the game up, but an own-goal off a Paul Pogba shot in the final 10 minutes of the match left the team frustrated.