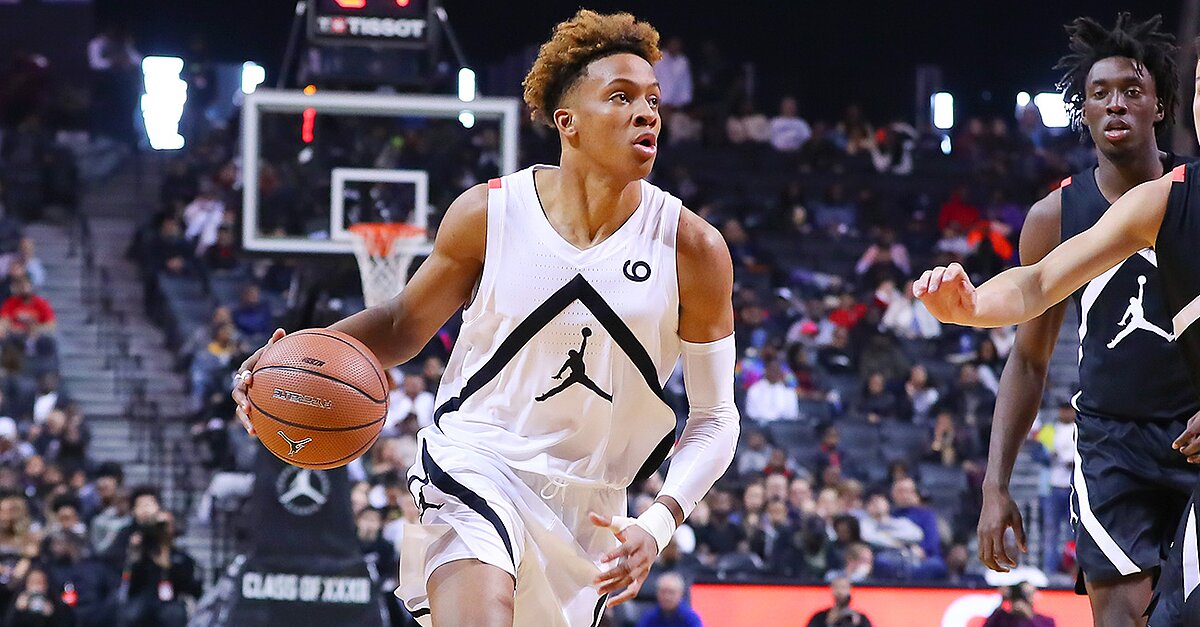 There are only two five-star recruits among the nation’s high school seniors who have yet to reveal where they’ll play next season. On Monday night at 7 p.m. ET, the higher-ranked of the two, shooting guard Romeo Langford, will announce his decision at a public ceremony in the gymnasium of his high school. His three finalists are Indiana, Kansas and Vanderbilt. The New Albany (Ind.) High standout finished fourth on Indiana’s all-time scoring list with 3,002 points and on Sunday claimed the state’s prestigious Mr. Basketball award. Langford is ranked second among shooting guards and sixth overall in the class of 2018, according to the 247Sports Composite.

Before the big unveiling, here’s a quick look what’s at stake for the Hoosiers, Jayhawks and Commodores and how Langford would fit at each program.

A recruiting win of this magnitude would provide a major jolt to Archie Miller’s push to return Indiana to Big Ten contention. In Miller’s first season in charge, the Hoosiers won only 16 games and bowed out of the first round of the conference tournament, falling well short of qualifying for an NCAA tournament bid. Those underwhelming results didn’t prevent him from assembling what currently ranks as a top-25 recruiting class, according to the 247Sports Composite.

Langford wouldn’t just provide the scoring punch the Hoosiers largely lacked last season, when they finished 10th in the Big Ten in points per possession during league play. His commitment would also mark a pivotal in-state recruiting triumph for a program whose previous head coach, Tom Crean, had trouble closing on Indiana’s top prep players toward the end of his tenure.

Here’s a good way to sum up how little the Jayhawks’ need Langford: He could (and is largely expected to) choose either Indiana or Vanderbilt on Monday, and Kansas still would have a strong case to open next season ranked No. 1 in the country.

The Jayhawks are definitely losing the top three scorers (guards Devonte’ Graham and Malik Newman, wing Sviatoslav Mykhailiuk) from the group that won at least a share of its 14th consecutive Big 12 title and reached the Final Four this year. And their top rebounder and shot-blocker, Udoka Azubuike, could follow them out the door if he decides to remain in the NBA draft after declaring without hiring an agent. That level of turnover necessitates a talent infusion, and Kansas is getting one in the form of a group of coveted transfers—former Memphis forward Dedric Lawson, former Memphis guard K.J. Lawson, former Cal guard Charlie Moore—as well as three blue-chip recruits—The Woodlands College Park (Tex.) High combo guard Quentin Grimes, Providence Day (N.C.) School point guard Devon Dotson and Oak Hill (Va.) Academy center David McCormack.

If Langford were to choose the Jayhawks, he would raise their ceiling for 2018–19, but there’s very little room for it to be raised in the first place. Kansas is going to be very good whether or not it has Langford in its perimeter rotation.

Vanderbilt might look out of place on Langford’s list of finalists. The Commodores just wrapped a season in which they posted their lowest win total (12) since 2002–03 and finished second-to-last in the SEC. A different SEC program, Kentucky, seems a more fitting destination for a prospect like Langford, but the addition of Langford would be in keeping with what coach Bryce Drew has already accomplished in this recruiting cycle.

In November the Commodores signed two other five-star prospects: Brentwood (Tenn.) Academy point guard Darius Garland and Vermont (Vt.) Academy power forward Simisola Shittu. (They also signed a four-star shooting guard from Charleston, S.C., Aaron Nesmith.) Beyond the attraction of playing with two other potential one-and-done lottery picks, Langford spoke after a Jordan Brand Classic workout about the appeal of working under a head coach whose coaching style reflects his experience in the NBA.

“He does everything based off the league—stuff in the league that he’s been through,” Langford said of Drew. The Commodores actually boasted one of the better offenses in the SEC last season, ranking second in the conference in points per possession during conference play. But that offense will be in danger of falling off without a new featured scorer like Langford. Vanderbilt’s three leaders in points per game—wings Jeff Roberson and Matthew Fisher-Davis, guard Riley LaChance—were all seniors in 2017–18.