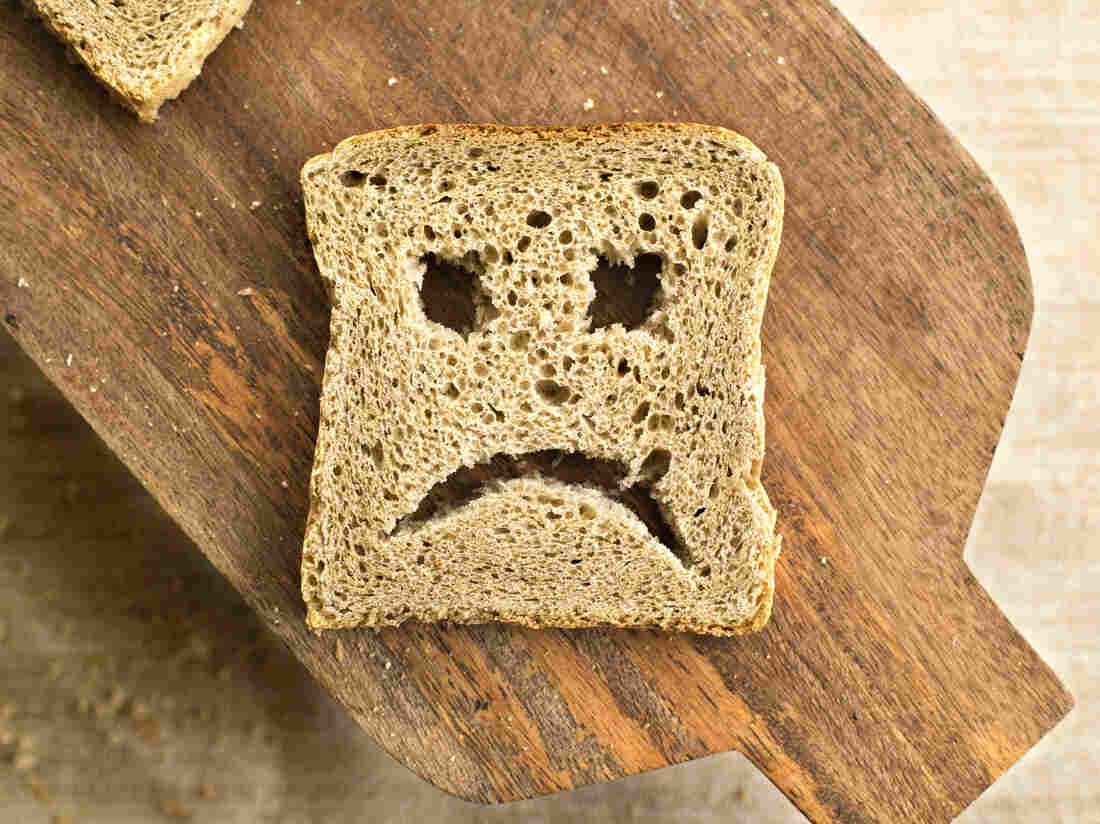 If you start to feel hangry, eat something! Stefka Pavlova/Getty Images hide caption 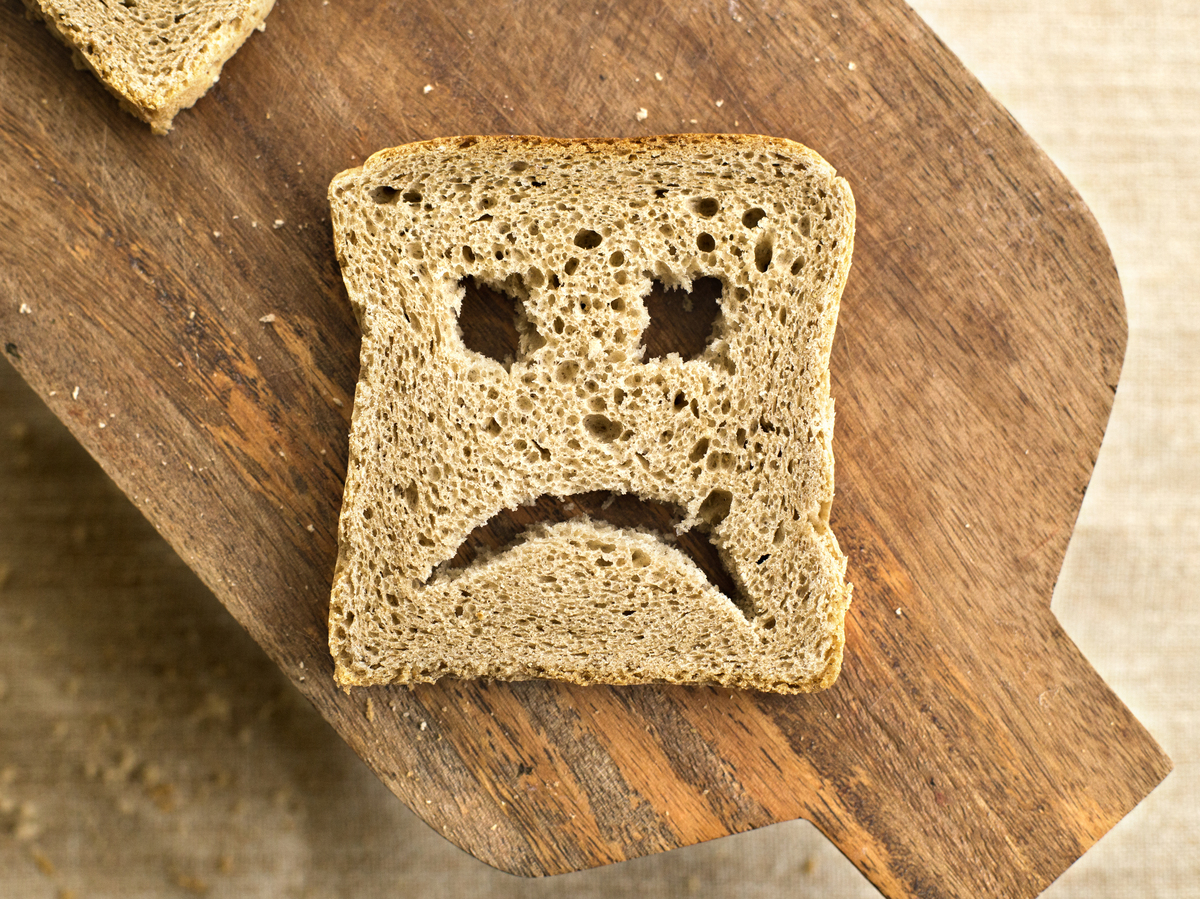 If you start to feel hangry, eat something!

A starved dog lover might fantasize about punting the neighbor’s Chihuahua that just will not shut up. A puckish but otherwise nice person might snap at a friend, “Bring me the freaking cheesesteak before I flip this TABLE!”

They are, in a word, “hangry” or irrationally irritable, upset or angry because of hunger. But how hunger turns into hangriness is a mystery, says Jennifer MacCormack, a doctoral candidate at the University of North Carolina, Chapel Hill in psychology and neuroscience, who wanted to understand the phenomenon. “The mechanism isn’t clear on how [hunger] affects your emotions or the exact emotional processes,” she says.

To find out, she designed some provocative experiments to rile up hungry people.

In one of them, MacCormack had 118 undergraduates fast for five hours or more and 118 others eat a meal before coming to her lab. “Psych 101 students, bless their heart,” she says. “They didn’t know this was a study about feeling hangry.” Unfortunately for them, MacCormack concocted an experiment to annoy them and to see how they responded.

First, she had half the people in both groups write an essay about emotions to direct their attention to how they’re feeling. The other half wrote an essay about a neutral, unemotional day. “We wanted to see if [self-awareness] halts creating this hangry emotions and behaviors,” MacCormack says. Next, she had all of them go through a long, arduous computer exercise. “I designed this fake task with colored circles. The colors are really glaring and bright and hard to look at, and it’s a hard task with a hundred trials,” she says.

Just as the participant was about to finish the assignment, the program would simulate a crash. “The blue screen of death would show up,” MacCormack says. The researcher would then go into the room and begin blaming the person for the computer crash. “Oh, what buttons did you press? You must have caused the crash,” MacCormack says. “Then we let them stew for two minutes. Nobody blew up at me, but some people looked nervous and upset. A lot of eye rolls. People crossed their arms.”

After a couple of minutes, MacCormack would have the students fill out an emotion questionnaire, designed to look like a research satisfaction survey, and then let them go. All the students were made a little upset by the experiment, but only the hungry students who hadn’t written about their emotions were especially angry.

“They thought the experimenter was more judgmental,” MacCormack says. “They said they felt significantly more hate than other people.”

The results were published Tuesday in the journal Emotion.

The findings suggest two things, says Elizabeth Davis, a psychologist at the University of California, Riverside, who didn’t work on the experiments. First, hunger alone isn’t enough to make someone hangry. “It’s context,” she says. Hungry people need to be in some negative situation or subject to negative stimuli before they start feeling hangry.

Second, it seems people are less likely to become hangry if they are aware of their emotions. Hunger makes us slightly unhappy to begin with, but we might not always realize that our mood is shifting, Davis says. So, when we’re beset by some woe – like a mean graduate researcher – those negative feelings get directed toward that trigger instead and result in an overreaction. Hunger “signals to us that something is wrong — that it’s time to eat,” Davis says. But as humans, we may misattribute that aversive feeling to something external before we look into what our body is telling us.”

But if you are aware that you’re feeling a little stressed because you’re hungry, it’s easier to separate those feelings from how something else is making you feel, MacCormack says. “It becomes more like, ‘maybe that person isn’t a terrible person. Maybe I’m just hungry.’ “

That insight means there are ways for hangry people to cool themselves off a bit. “Just being a bit more aware is helpful,” MacCormack says. But the best remedy is probably just to fix the source of the issue first. “If I do notice I’m getting hangry, I just go and eat something. It has helped to buffer some marital conflicts and stuff,” she says.

The same principle might apply to other physical states, too, Davis says. “One of the neat things about this paper is this idea that [feelings regulating the body like hunger] are physiology that may be more closely tied to our emotional experiences than we thought,” she says. So, any other internal signals like feeling cold or hot or pain may have their own versions of hangry.

Angus Chen is a journalist in New York. He’s on Twitter: @angrchen.