Italia ’90 will perhaps live on in World Cup folklore as one of the most iconic tournaments of all time. Gazza’s tears, Roger Mila’s corner flag-related antics and of course the infamous spit-gate incident between Rudi Voller and Frank Rijkaard.

It was also – perhaps less memorably – Egypt’s last appearance at a FIFA World Cup finals, and a side that only managed a single solitary goal that year; albeit against a strong Netherlands outfit. 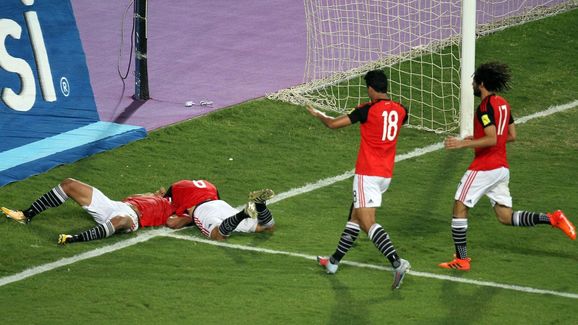 For the first time since 1990, Egypt will play at a World Cup finals this Summer. Hopes this time, rest largely on the diminutive shoulders of one Mohamed Salah, as the Liverpool supremo dubbed the ‘Egyptian King’ leads his side’s hopes in Russia.

However, Salah is not the only asset for Egypt, as they boast no less than six players who ply their trade in the English football league – four in the Premier League, one in the Championship and another as skipper of promoted League One winners Wigan Athletic. 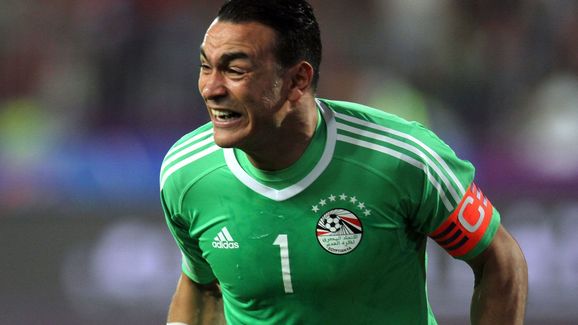 The Egyptian back line may prove to be a tough nut to crack in particular this summer, even if they are an ageing defensive unit. Skippered by the 45-year-old goalkeeper Essam El-Hadary, a player who made his international debut in 1996, is flanked by 33-year-old former Hull City defender Ahmed Fathi.

Fathi is partnered with West Brom’s Ahmed Hegazi in central defence, while Aston Villa wing-back Ahmed Elmohamady provides the pace out from the back – an element which is likely to pay dividends this summer.

While their midfield may not contain such stellar names, the engine room is nonetheless a capable and well-oiled machine. After Mohamed Elneny’s injury scare last month, the Arsenal man will be the driving force in the middle of the park along with Latic’s schemer Sam Morsy.

With the trickery of Stoke City’s Ramadan Sobhi in the wide areas, the trio will provide the ammunition and support for surely Hector Cuper’s greatest asset: Salah.

Having notched 43 goals in all competitions this season and a now considered a serious Ballon d’Or contender, does the Reds’ own personal Egyptian deity have the firepower to carry Egypt through to the heights in Russia, even if their defence leaves little to be desired?

Every tournament in the modern era has seemingly seen one surprise team. In 1994, Bulgaria; four years later, Croatia; In 2002 the joint-hosts South Korea and in 2010, it was Ghana.

Egypt could very well be the story of 2018, but the draw has not been favourable to the North African nation.

Even if they were to progress from a group containing the hosts Russia, Saudi Arabia and Uruguay, finishing runners-up would likely present a challenge of Spain in the last 16 and rather embarrassingly, if they were to top the standings Portugal may lie in wait. Rather a case of the Iberian devil and the deep blue sea.

A second meeting with Ronaldo and co. could be a tantalising treat, after Egypt led until the final minutes when a late brace from you know who rescued Portuguese earlier this year. With a Champions League duel of Salah vs. Ronaldo in Kiev just weeks away, we could be set for another battle only this time for the pride of a nation.

Beyond that, it would be hard to look past the last eight for Cuper’s side, but arguably a quarter-final berth would be a monumentaIl achievement for Egypt.

Perhaps only in the case of Lionel Messi has a nation’s hopes rested squarely at their feet, for a man idolised by millions in his native land.

That is indeed the case for Mo Salah, whose exploits and the hopes he has brought a country divided by conflict and politics, have united a nation and given Egypt as a unified country real hope and escapism from their own troubled pasts. The question remains, can Salah carry his countrymen on a Russian odyssey?