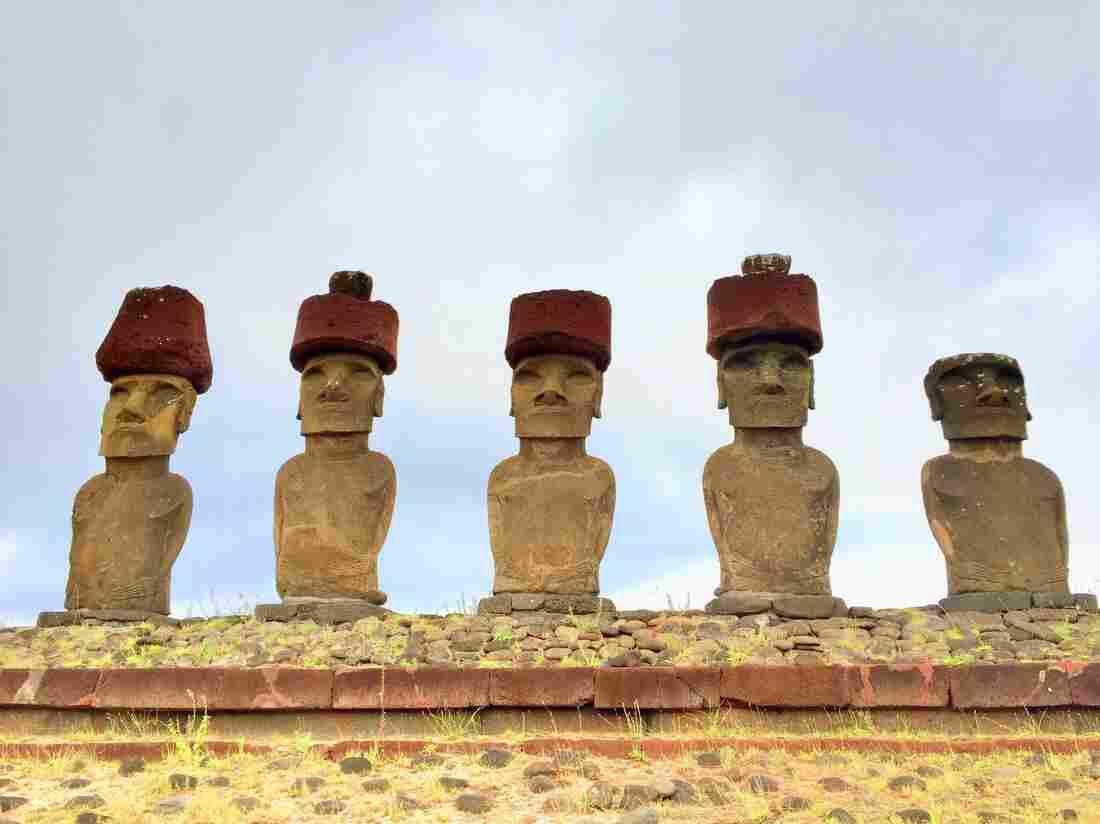 Some ancient statues on Easter Island wear multi-ton stone “hats” known as pukao. A team of researchers say that a technique called parbuckling was most likely used to move the hats into place. Carl Lipo hide caption 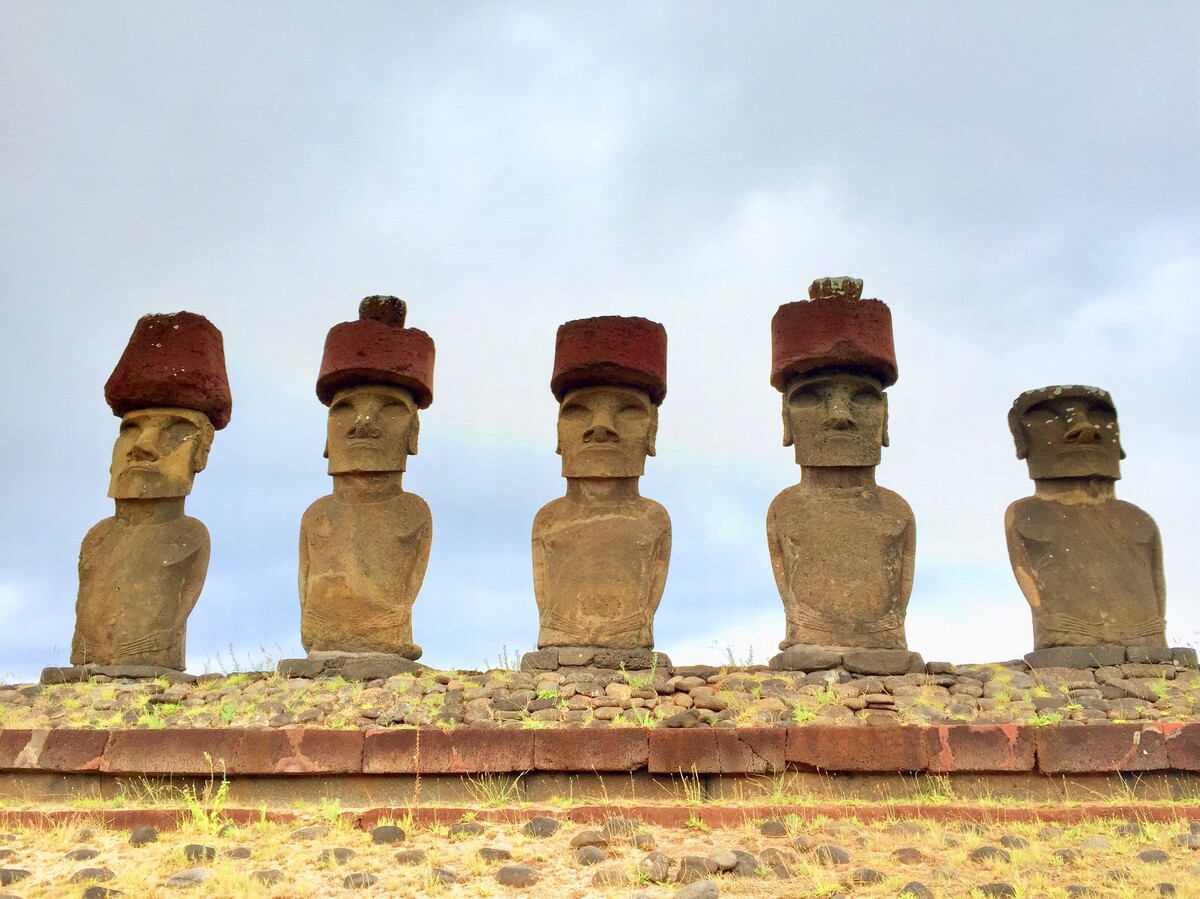 Some ancient statues on Easter Island wear multi-ton stone “hats” known as pukao. A team of researchers say that a technique called parbuckling was most likely used to move the hats into place.

Researchers say they might have figured out how Easter Islanders managed to move carved stones weighing many tons across the island and to the top of the famous statues known as moai.

Back in 2012, the research team came to the conclusion that the statues — some of which are as tall as a three-story-building — had been “walked” into place from the quarry.

A new study sought to answer the next question: How did people on the island put additional red stone cylinders, known as pukao, on top of the statues?

But first, this question: What are those things?

There are nearly 1,000 statues on Easter Island, which is also known as Rapa Nui. Of the 400 statues that were moved from the quarry, about 100 of them have pukau, which seem to have been added to the statues later. The chronology isn’t clear, but Lipo’s best guess is that pukao were in vogue in the 15th or 16th century.

The latest research is part of effort that’s been underway by Lido and his fellow researchers since 2000, “to try to figure out why would people have made these gigantic statues and invested so much effort in this sort of monumental architecture on this incredibly tiny, tiny place that’s in the middle of the Pacific,” he says.

To learn how the pukao had been moved from the quarry and into place atop the statues, the team built 3-D models of each of the cylinders. That allowed detailed study of all the hats’ features and indentations, so researchers could understand the physics of how the stones were moved.

The researchers found that many of the stones had grooves around their center, which suggested that there had been significant force grinding them down along their circumference.

They began to look at how the people might have moved the pukao, and developed the hypothesis that they were rolled up ramps to the top of the statues, using a technique known as parbuckling.

“It’s a pretty common technique for moving big, round objects,” Lipo says. “You don’t see it much today, but moving cargo on ships, and moving big barrels, people would wrap ropes around the center of the barrel and then, from the top of the ramp, pull the barrel up the ramp. … All the attributes we saw match that model.”

A simplified illustration of how people on Easter Island likely moved pukao on top of the statues. Sean Hixon hide caption

It’s the same technique that was used in 2013 to right the Costa Concordia.

“People often don’t appreciate the ingenuity of prehistoric people,” Lipo says. “This is what leads people to think, ‘Well it must have been aliens to do it,’ because they can’t imagine that our ancestors were as clever and able as they actually were. And of course, the lack of technology means that people had to be extraordinarily clever about doing things, because there were not very many options.”

Rubble from the ramps is still visible on the sides of the platforms the statues stand on, Lipo says. And there’s one ramp, which he calls “the smoking gun,” that still has a pukao sitting at the bottom of it.

Clues like that are common on the island, Lipo says. “People will say, ‘No one knows how they carved the statue.’ Oh, well the tools are lying on the ground next to the statue. It’s not that mysterious. It requires looking.”

While his team’s explanation could be disproved in the future, Lipo says what they sought to do was gather the evidence and determine the best current explanation for how the pukao were moved.

“The trouble with archaeology is that you can say anything you want,” he says. “The hardest thing to do is say something that you can be wrong about. … It’s like any science: We’re as certain as we are at the moment. That could be challenged — we hope maybe it will be. But we have to put our best guess forward.”