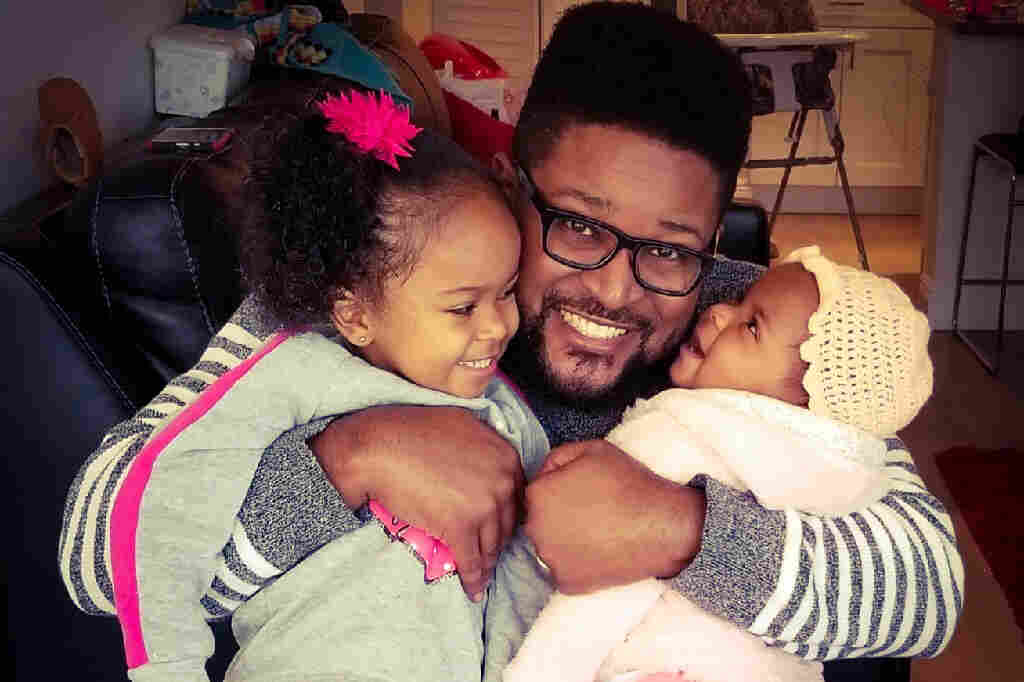 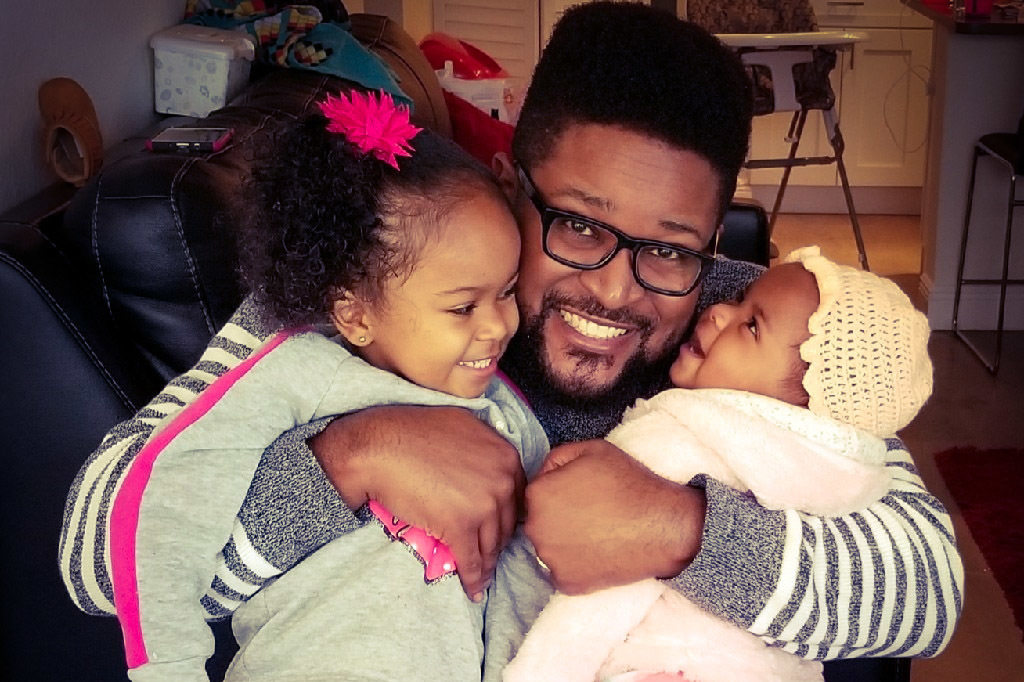 La Guardia Cross and his daughters Amalah, 3, and Nayely, 1.

When La Guardia Cross first heard his wife was having a child, “it completely caught me off guard, I didn’t feel ready.”

By the time his daughter Amalah was born in 2014 — although still freaking out — he got out his camera — and started recording: The hospital room — him holding his little baby in his arms. Amalah sleeping. Amalah crying. Lots of stuff about diapers and poop.

He uploaded the short videos to YouTube. He called it: New Father Chronicles. A job at a university communications office had given him video chops — so those first videos even had a theme song and title cards.

“I thought it would be funny because I knew I had no idea what I was doing,” he says.

And they are funny. In one of his first videos, Cross is sitting in his bedroom in Florida, confessional style, and he attempts to translate for baby Amalah:

The list goes on. Eventually Cross dissolves into tears for the camera.

At first, the videos were just a way for his friends and family to see his little girl grow — to show off how much sleep he and his wife, Leah, weren’t getting. To poke fun at the ups and downs of new fatherhood.

But soon, other new parents — people Cross didn’t know — started commenting on the videos: I relate. I get you. That’s funny. Same thing with me. That happens to you? Why don’t you do this?

As Amalah grew, so did his audience. In one video, he interviews 14-month-old Amalah, and it went viral: it’s now at 3.7 million views and still climbing.

These days, Cross publishes new videos every Wednesday. A year or so in, he left his job and now, the ads, partnerships and sponsors support his family.

A year ago, Cross had a second daughter, Nayely, who’s joined the cast too.

For new parents — and all those non-parent viewers alike — his tips and commentary are funny and helpful. Like his endorsement earlier this year of the multipurpose, all-powerful baby wipe: “If there’s pee, use a wipe. If there’s poop, wipe it up. Boogers, wipe. Dirt, yep! Stains, do it!”

Cross insists he’s an extreme non-expert when it comes to fatherhood, but his experience resonates.

He’s recently partnered with Zero to Three, a child-development organization, to incorporate early childhood research into his videos. In March, he headlined a fatherhood conference in Massachusetts.

“I realized, wow,” he says, there aren’t “a lot of dads chronicling the life of their kids online.” The other dads he’s found on YouTube are now his friends, he adds. The group is small enough he can keep track of them all in in his cell phone contacts.

And, Cross points out that the group of online dads gets even smaller when you look for just people of color.

“People had to tell me how important it was to see representation of a black father in any form of media, like YouTube or whatever,” he says. “Like by accident, I’m showcasing the anti-stereotype.”

I ask Cross if he’s ever had reservations about putting his kids online — oversharing — or overexposing them. He shakes his head.

“It’s too positive not to share,” he explains. “I want families to see other little girls, other dads, other moms with their kids in ways that they don’t see.”

But, the girls are growing up. Amalah is walking, talking and dancing. She’ll turn 4 this year. Nayely is now a year old. They’re no longer newborns. So, is there a finale in sight?

“I mean there’s people out there [that say], ‘Please, let this go until she graduates from high school. So we can see every stage.” The first prom, teenage rebellion, driving a car.

“There’s so many stories to tell and I want to continue to tell it.”

For now, he’s focused on the current season. He just wrapped an episode about how peace full car rides are. NOT!