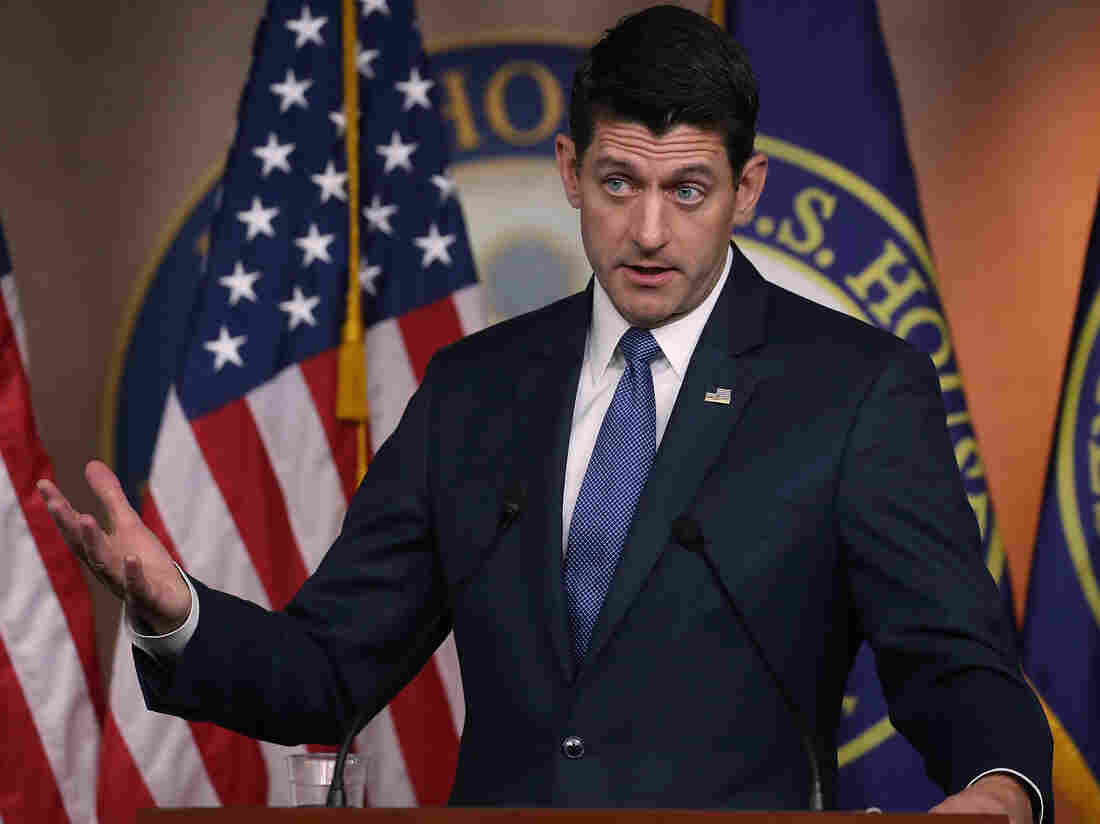 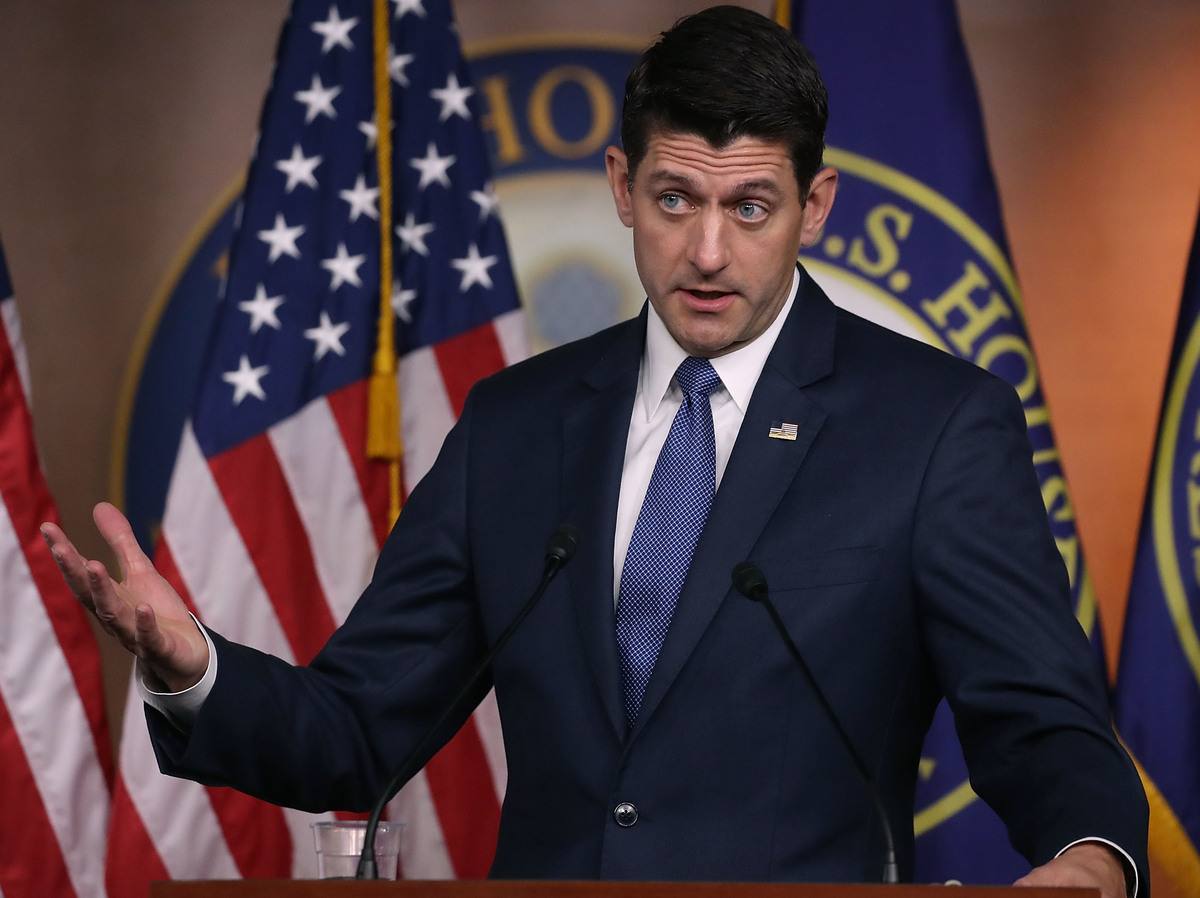 House Speaker Paul Ryan, R-Wis., is trying to unite his conference around a compromise immigration bill modeled on the four items President Trump has demanded in a legislative proposal.

House Republican leaders delayed a vote on the “consensus” immigration legislation Thursday afternoon as they scrambled to convince enough GOP lawmakers to support the measure.

The vote on that bill was initially rescheduled for Friday morning. But after a closed-door meeting that lasted more than two hours, leaders delayed it even further — to next week, according to several House Republican sources.

A more hard-line immigration bill came up for a vote earlier Thursday, as part of a compromise approach crafted by Republican leaders to satisfy GOP lawmakers’ competing immigration demands.

That measure failed, as expected, but the 193 votes it earned was far more than Republican leaders had anticipated. That development emboldened supporters of the more conservative measure to demand some items from their version be added to the leadership’s bill.

Both Cabinet members made trips to Capitol Hill in recent days, as did President Trump, who told Republicans he backed both immigration bills. Trump’s approval didn’t do enough for Perry and other holdouts. “I appreciate the president’s opinion and his input. But I worked on the bill a little bit,” Perry said. “To me, we voted today on a bill that I thought was more indicative of where the people are and what the president originally ran on.”

In addition to the policy divides, several GOP lawmakers felt that they didn’t know what was in the “consensus” bill as it was still being tweaked hours before they were scheduled to vote on it.

Florida Rep. Carlos Curbelo, one of the moderate members who has been working with leadership to craft the compromise bill, said the delay will give members a chance to clarify details of the bill.

“Immigration policy is complex. Most members are not expert at it,” Curbelo said. “I think the more members understand this bill the more comfortable they will become with it.”

Curbelo said members have raised questions about how it would address issues like border security and visas for those immigrants who are in the country illegally after being brought here as children, commonly known as DREAMers.

Members were also confused because leaders were forced to update their hastily written bill after a $100-billion error was discovered. The House Rules Committee was forced to hold a special hearing at 10 p.m. Wednesday because the bill contained nearly $125 billion rather than the roughly $25 billion leaders intended to include for a border wall President Trump promised the U.S. would build during the 2016 presidential campaign.

GOP committee members were able to quickly remedy the mistake but the incident sowed further doubt among skeptics who already worried about the contents of the sweeping legislation.

Thursday evening’s Republican meeting was devoted to answering many of those basic questions. “We should have done this first before we put a bill together,” said Pennsylvania Rep. Lou Barletta. “It would have avoided what we’re seeing right now.”

The stalemate and delay underscore how far apart Republicans remain on immigration. If the issue continues to highlight disagreements within the Republican conference, it could ratchet up pressure on Ryan to step down as speaker.

Since President Trump ended the protections of the Deferred Action for Childhood Arrivals program, or DACA, last September and punted its future to Congress, lawmakers have failed to reach a consensus on any legislation to deal with the program or with the administration’s push for stepped-up border security measures.

Ahead of the votes, Ryan conceded that the goal of bringing the likely doomed measures up for a vote was to prevent moderates from gathering more signatures on a measure known as a discharge petition, which would force votes on their own set of immigration bills.

“Because a discharge petition would have brought legislation to the floor that the president would have surely vetoed, it would have been an exercise in futility,” Ryan explained. “But a lot of our members want to be able to express themselves by voting for the policies that they like, so they can express their votes on the floor.”

If the leadership-backed immigration bill goes down, Ryan may face increased calls to vacate his leadership post before the year’s end. Conservatives have argued that the issue of immigration was a driving force in Trump’s 2016 presidential victory and voters expect the party to follow through on the promise to enact more hard-line policies policing the southwest border. Ryan is not running for another term but has vowed to remain as speaker through the end of the year.

Conservatives have been frustrated for months with the way leadership handled immigration. Freedom Caucus Member Jim Jordan, R-Ohio, said Ryan should have allowed committees to draft an immigration bill and vote on it using what is known as regular order.

Jordan told reporters that the collapse this week is further evidence that some of his Republican colleagues are unwilling to back hard-line immigration proposals that were a central part of Trump’s campaign in 2016 and the GOP platform more broadly.