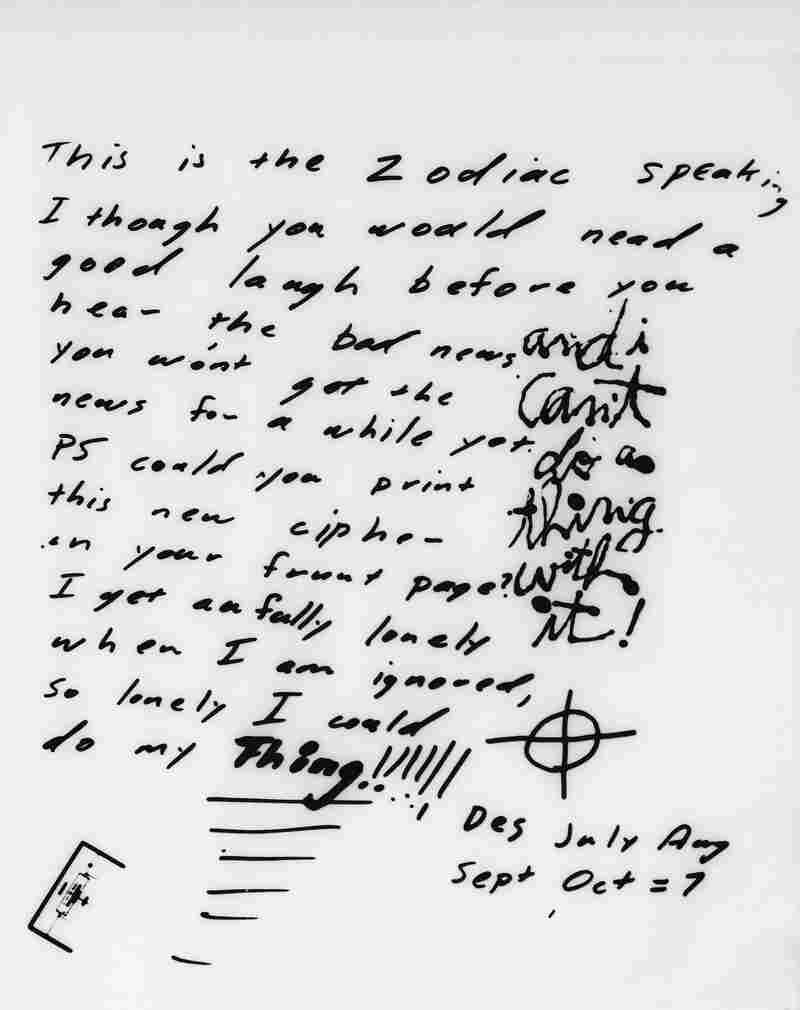 A 1969 message from the Zodiac Killer includes a cryptogram in San Francisco on Nov. 11, 1969. Authorities hope to use DNA databases in a similar manner that police used in the Golden State Killer case to identify the suspect. AP hide caption 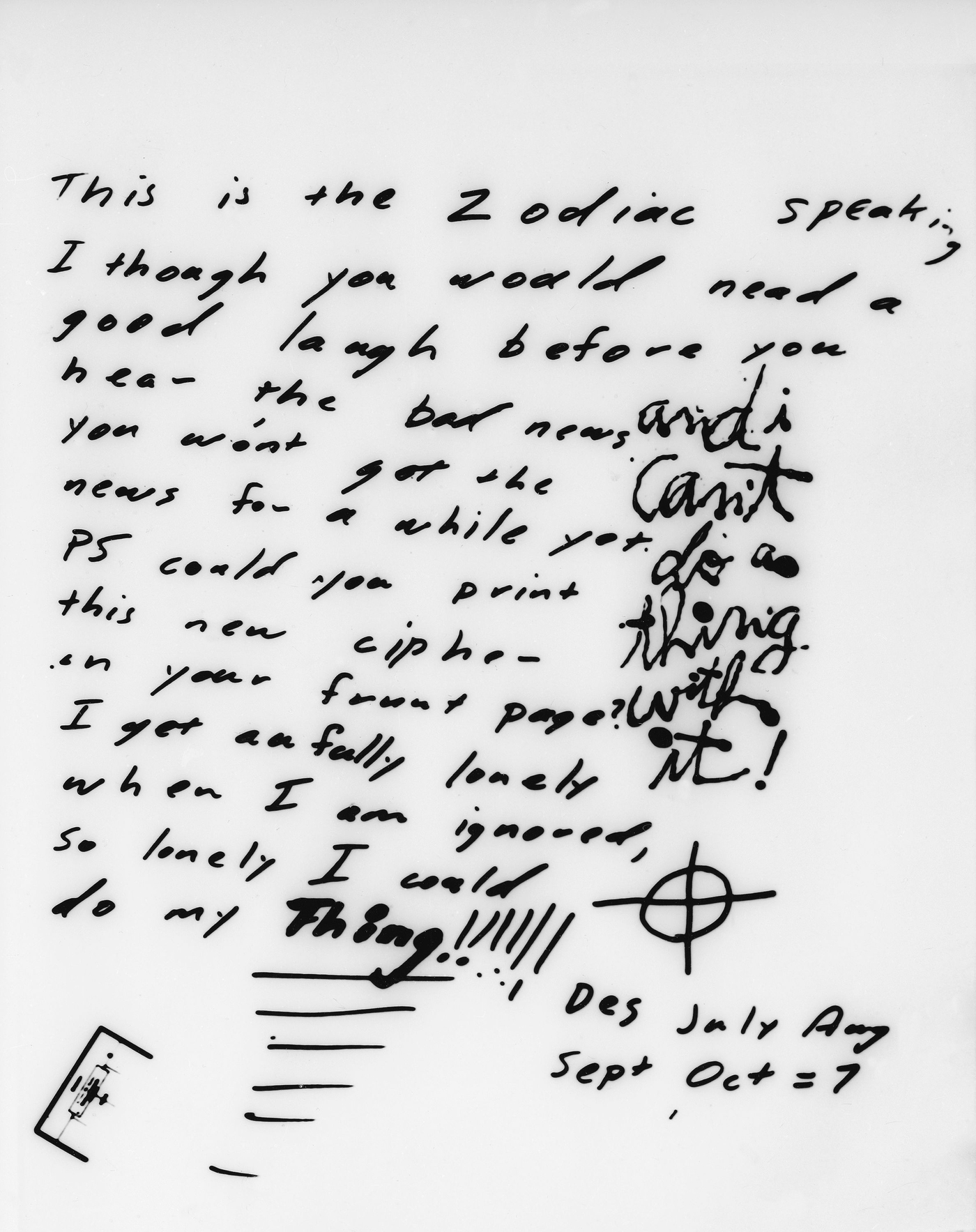 A 1969 message from the Zodiac Killer includes a cryptogram in San Francisco on Nov. 11, 1969. Authorities hope to use DNA databases in a similar manner that police used in the Golden State Killer case to identify the suspect.

The arrest last month of a suspected serial rapist and killer who spent decades on the loose, is breathing new life into another of the nation’s most notorious unsolved murder investigations.

The Zodiac Killer case has confounded police for 50 years, but officials are optimistic they can finally learn the identity of the man who publicly taunted them in a series of letters, by turning to public DNA databases, like the one used to track down Joseph James DeAngelo, who at 72 is believed to be the Golden State Killer. Detectives from the Vallejo, California Police Department told the Sacramento Bee their plan is to obtain a full DNA profile from existing evidence by subjecting it to the most advanced DNA analysis available, and then running that information through open-source genealogy databases.

The Zodiac Killer is believed to have shot and killed five people in Northern California in 1968 and 1969, though he claimed to have killed many more. He seemed to revel in publicity and wrote several letters published in local newspapers that included cryptograms. He maintained the hidden clues would lead police to him. But police have never been able to decipher the supposed messages.

Still, he became known as the Zodiac Killer because of the astrological symbols contained in his letters.

The Vallejo police department has been leading the investigation for the last five decades because the first two killings took place there.

Detective Terry Poyser, who said he has worked on the Zodiac case for four years, told the newspaper that a private lab is analyzing possible traces of saliva on two stamps and envelopes that once contained letters from the Zodiac Killer.

“They were confident they would be able to get something off it,” Poyser said.

Poyser said the department expects to have results from the lab in a few weeks, but it could take as long as the summer.